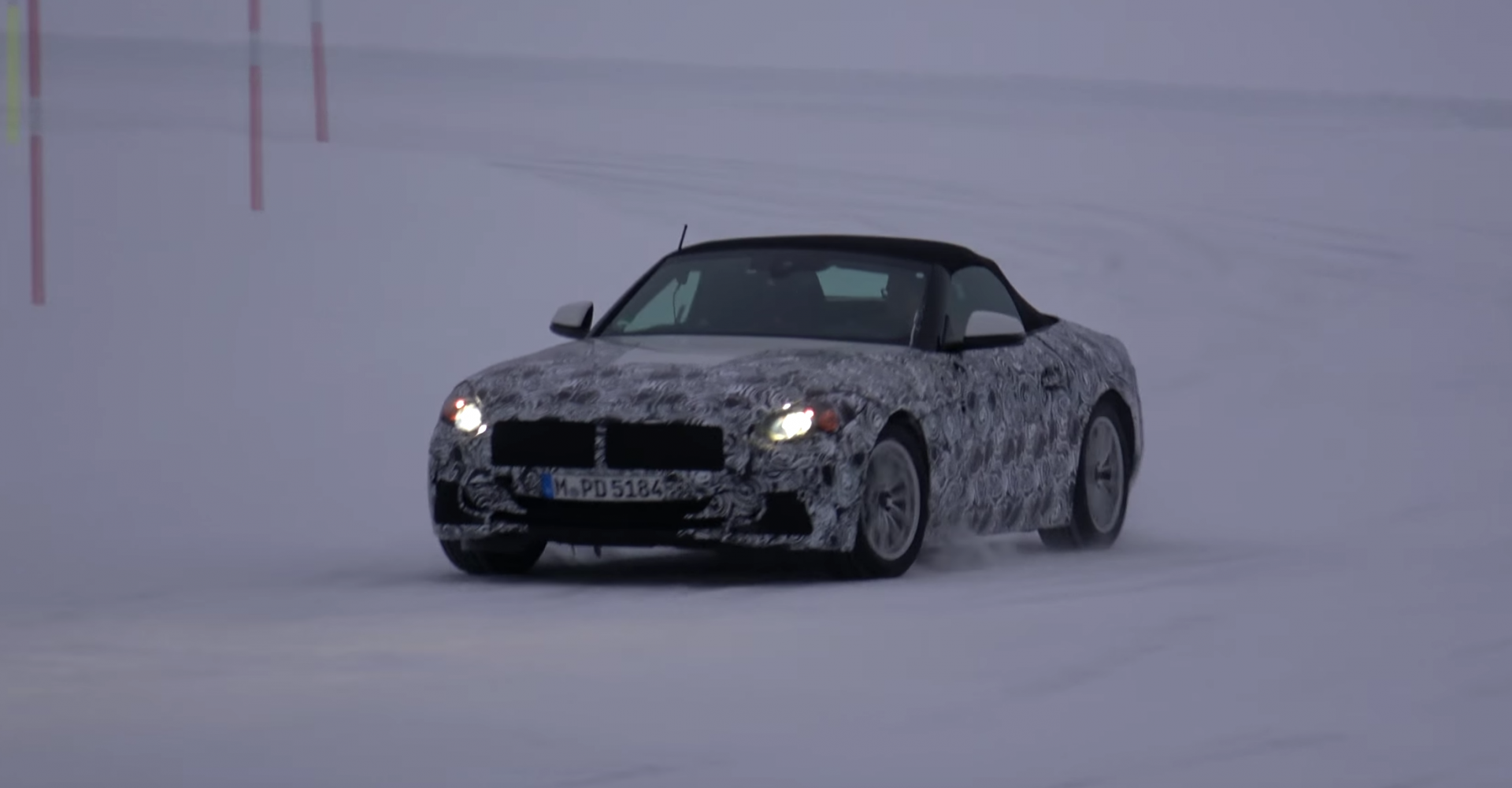 In the words of Donald Trump, the new BMW Z5 looks like it will be a YUGE amount of fun to drive when it eventually hits the market.

Spy footage has popped up online showing the new roadster – which will reportedly share a platform with the new Toyota Supra – being put through its paces during winter testing.

Obviously, a lot of sideways action occurs during the process.

The test driver can be seen drifting, powersliding and donut-ing the convertible sports car at an unknown snow-covered test track.

We’re not sure about you, but to us that looks like it must be the best job in the world.

It’s been hinted that the new Z5 will be offered with a choice of four- and six-cylinder engines, and that it’ll be unveiled in production form in late 2017.

If the real thing is as fun as this video suggests it might be, we can’t wait to have a go.