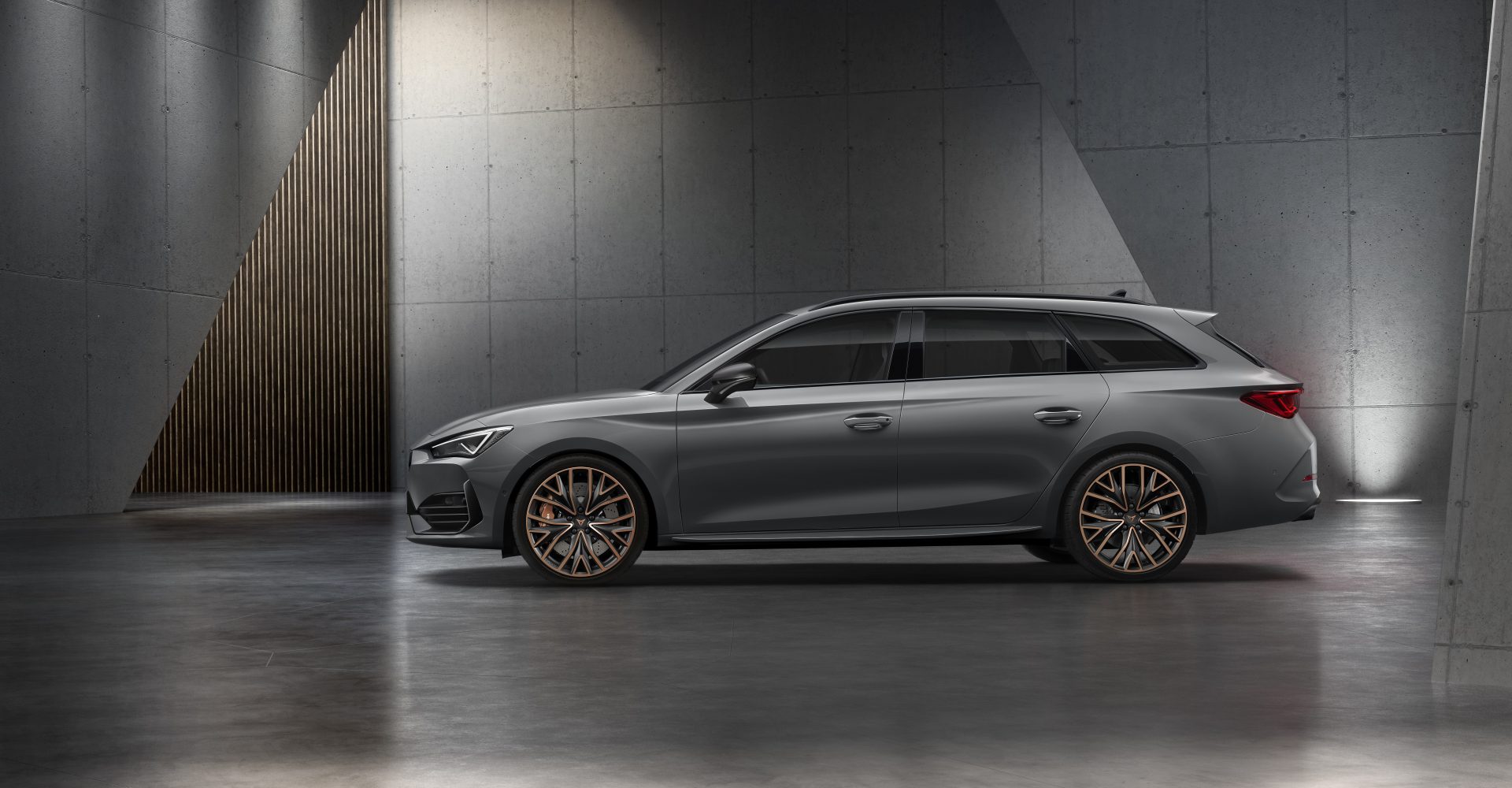 Cupra has revealed the new high-performance Leon, which will feature a plug-in hybrid powertrain option for the first time.

Available with a variety of power output options, the petrol-electric variant will wear eHybrid badging and offer 242bhp from a combination of a 1.4-litre petrol engine and electric motor. It will feature a 13kWh battery that offers electric-only range up to 37 miles with Co2 emissions expected to fall below 50g/km.

A 2.0-litre petrol engine is also available, with three outputs to choose from. For the hatchback and estate variants, there’s a 242bhp and 370Nm of torque option as well as a 296bhp and 400Nm version.

The most powerful Cupra Leon is a 306bhp and 400Nm option that’s only available on the estate. It features four-wheel-drive for improved traction, while all models receive large 370mm Brembo brakes to improve stopping power.

The Cupra Leon is 25mm lower at the front and 20mm lower at the rear than the standard model to lower the centre of gravity, and gets a variety of driver modes to change the car’s character from sedate daily driving to track-focused sport modes.

Inside, there are figure-hugging bucket seats, a Cupra steering wheel, and large 10-inch infotainment touchscreen, while copper and dark chrome detailing further distinguishes this as the Cupra model.

Wayne Griffiths, Cupra CEO, said: “The Leon Cupra has been a bestseller, with close to 44,000 units sold in the last generation.

In 2018, Seat’s performance division Cupra split off to become its own brand, exclusively building performance versions of Seat cars, with unique models also in the pipeline. Last year, the brand sold 24,700 units – up almost 72 per cent on 2018 – thanks to the introduction of the Cupra Ateca, the firm’s first standalone model. The Cupra Leon is available to order now.