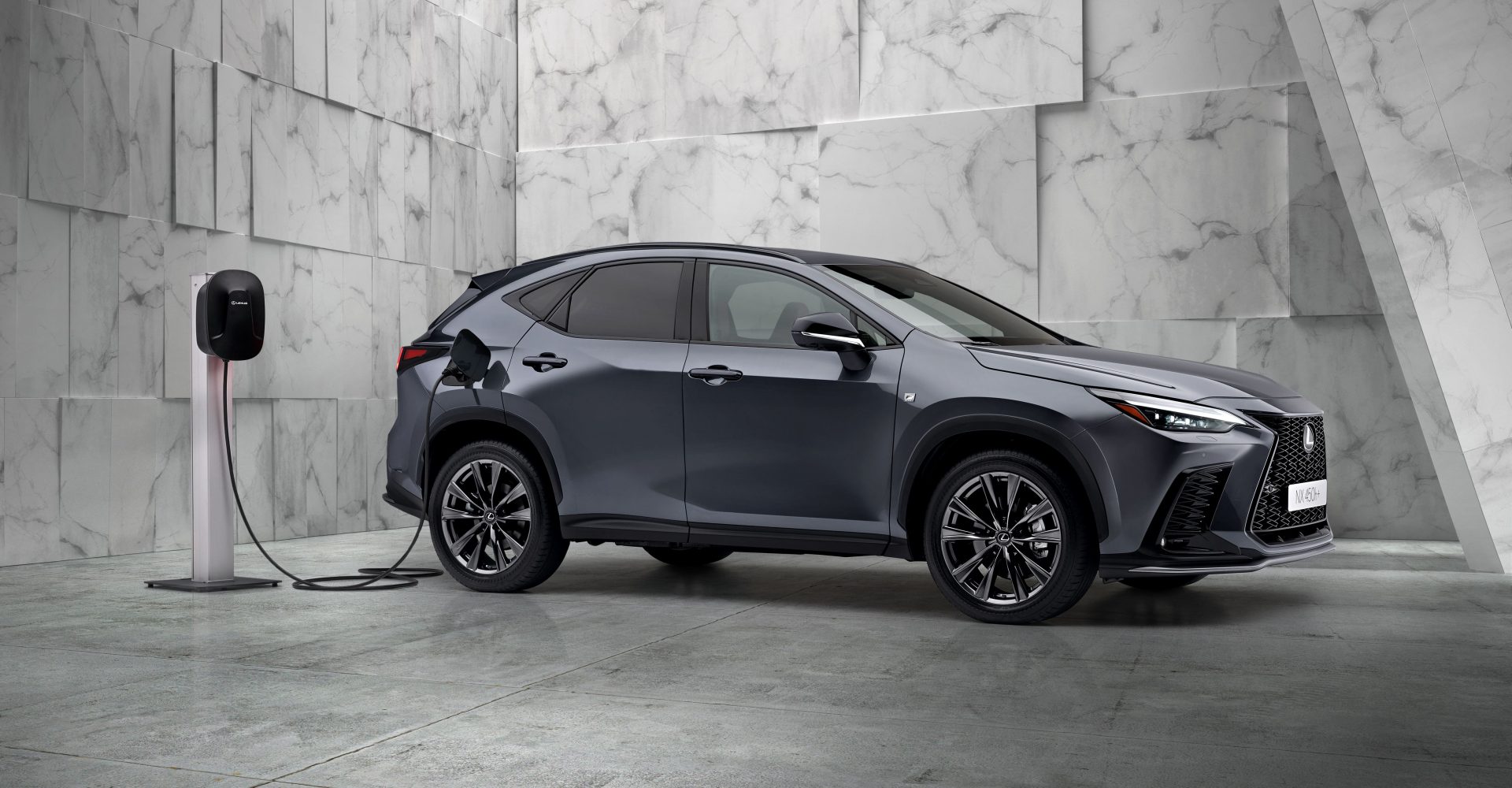 Lexus has unveiled its second-generation NX – a mid-size SUV that rivals the Audi Q5 and Volvo XC60.

Building on the first NX, which arrived in 2014 and has been key to the premium brand’s growth in Europe, Lexus says 95 per cent of parts used on this latest model are new.

Key to this second-generation NX is a new plug-in hybrid – the first to be offered from Lexus as it looks to expand its range outside of ‘self-charging’ hybrids, which have been the brand’s speciality for more than a decade.

Using a similar powertrain as that found in the Toyota RAV4 Plug-in, the Lexus NX 450h+ combines a 2.5-litre petrol engine with twin electric motors to produce 302bhp in all – enabling a 0-60mph time of around six seconds. Thanks to an 18.1kWh battery, it can also travel on electricity for around 40 miles, with CO2 emissions of under 40g/km promised.

A regular hybrid model – the NX 350h – remains available and has been tweaked to make it more powerful (it now produces 239bhp) and also more efficient in the process. Both front- and all-wheel-drive versions will be available.

In terms of design, the NX’s familiar silhouette remains, though Lexus’s trademark ‘spindle grille’ is now more upright than before. The most changes are at the rear, though, with the new NX featuring a full-width LED light bar, along with new ‘LEXUS’ lettering that spans the boot of the car.

Inside, the NX is the first Lexus to feature the brand’s new ‘Tazuna’ layout, which aims to offer a more driver-centric layout, with a principle of ‘hands on the wheel, eyes on the road’. It also features a brand-new multimedia system measuring up to 14 inches, which looks to give customers ‘fast, intuitive on-board connectivity’, and attempts to address one of the previous NX’s key areas of weakness. It boasts a new ‘Hey Lexus’ voice assistant, wireless Apple CarPlay and more advanced connected services with the Lexus Link app.

An improved driving experience is also promised, with the new GA-K platform giving the model a lower centre of gravity, while wider front and rear tracks improve the way the NX handles. The E-Four all-wheel-drive (fitted as standard to the plug-in hybrid and optional on the NX 350h) has also been tweaked so the rear motor is always in operation, which aims to improve grip.

The NX will also offer class-leading levels of safety tech, with its ‘Lexus Safety System+’ fitted across the range. Key changes include an enhanced autonomous emergency braking feature that can spot new objects, as well as emergency steering assist. According to Lexus, the changes will help to avoid 36 per cent more accident scenarios than before.

Full pricing and specifications are yet to be announced, but Lexus has said prices won’t be too dissimilar to the outgoing generation’s £36,075 starting price. First deliveries of the new Lexus NX are expected towards the end of the year.