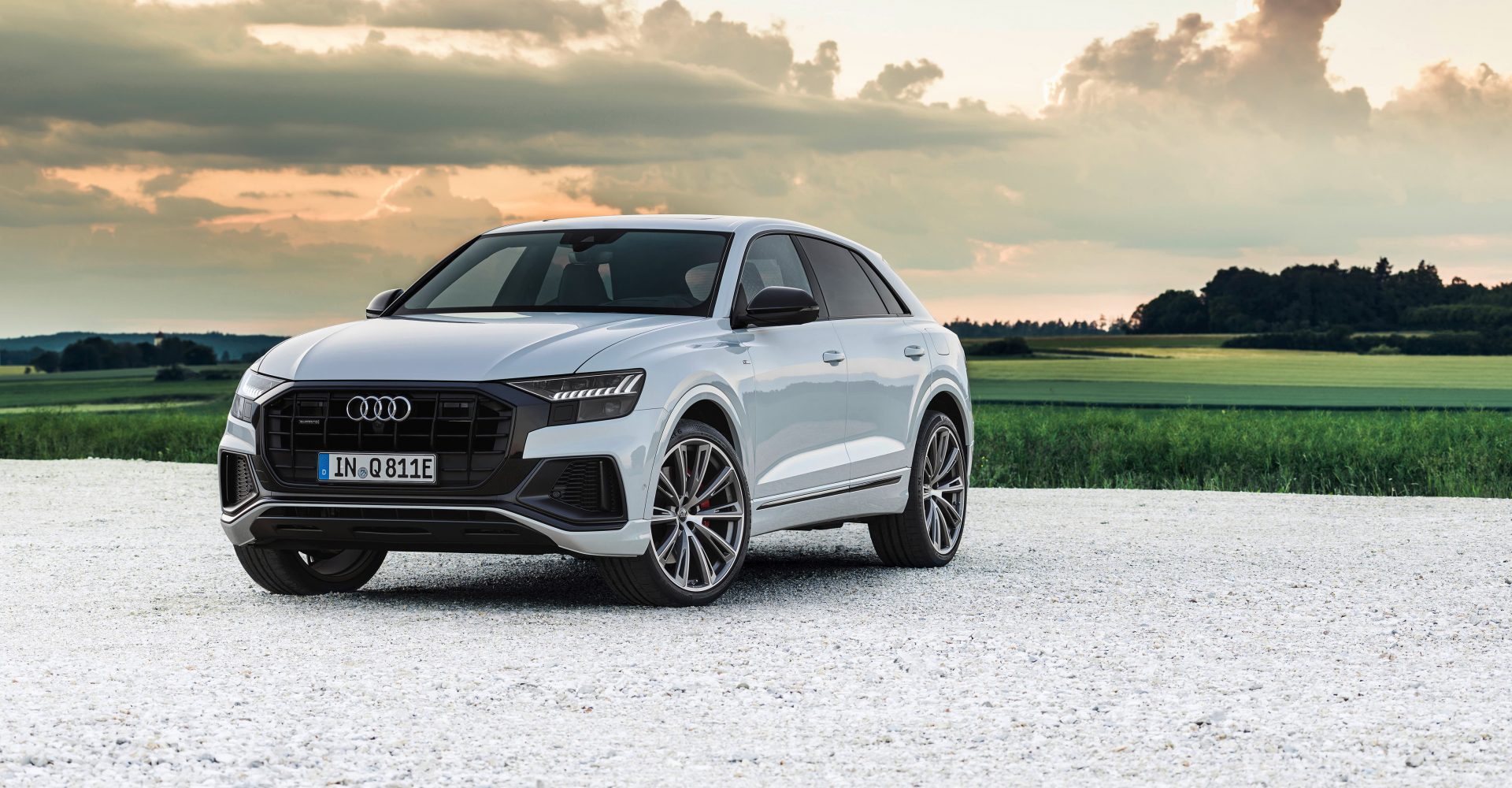 A new hybrid version of Audi’s range-topping Q8 SUV has been introduced, bringing the German firm’s tally of plug-in models to seven.

The new car, badged Q8 55 TFSI e, combines a V6 petrol engine with an electric motor and batteries for improved efficiency. As a result of the setup, the Q8 will travel for up to 28 miles on electric power alone. Driven to all four wheels through Audi’s quattro system and an eight-speed automatic gearbox, power can be distributed by up to 85 per cent to the front axle or 70 per cent to the rear.

Two variants will be available in the UK – the standard 55 TFSIe quattro and the Competition 60 TFSIe quattro. Both are available to order later this month, with prices going from £73,860 for the former and £85,760 for the latter.

Power outputs initially separate the pair, with the regular car’s 375bhp and 600Nm of torque being eclipsed by the Competiton’s 455bhp and 700Nm of torque. As a result, the former will complete the 0-60mph dash in 5.5 seconds, while the latter drops this to 5.2 seconds.

But it’s when it comes to efficiency that the entry model fights back, delivering up to 100mpg and emissions of 65g/km CO2. The Competition version still does well, meanwhile, returning a claimed 97mpg and CO2 emissions of 66g/km.

Intelligent brake recuperation has been included to ensure that the Q8 hybrid generates as much energy as possible when slowing down. In fact, it can regain up to 25kW of power just by coasting, while the electric motor performs braking equivalent to everyday usage. The larger hydraulic brake only comes into play when heavier stopping force is required.

The Q8 comes equipped with cables for three-pin or faster public charging, while a full charge via a 7.5kW home wallbox can be completed in around two and a half hours. Audi’s bespoke app can also be used to pre-heat the car or even activate the heated seats ahead of a journey while the vehicle is plugged in to charge.

Both variants benefit from a high level of standard equipment, with highlights including powerful Matrix LED headlights, adaptive air suspension and a high-definition, dual-screen infotainment setup. Audi’s 12.3-inch Virtual Cockpit is included too.