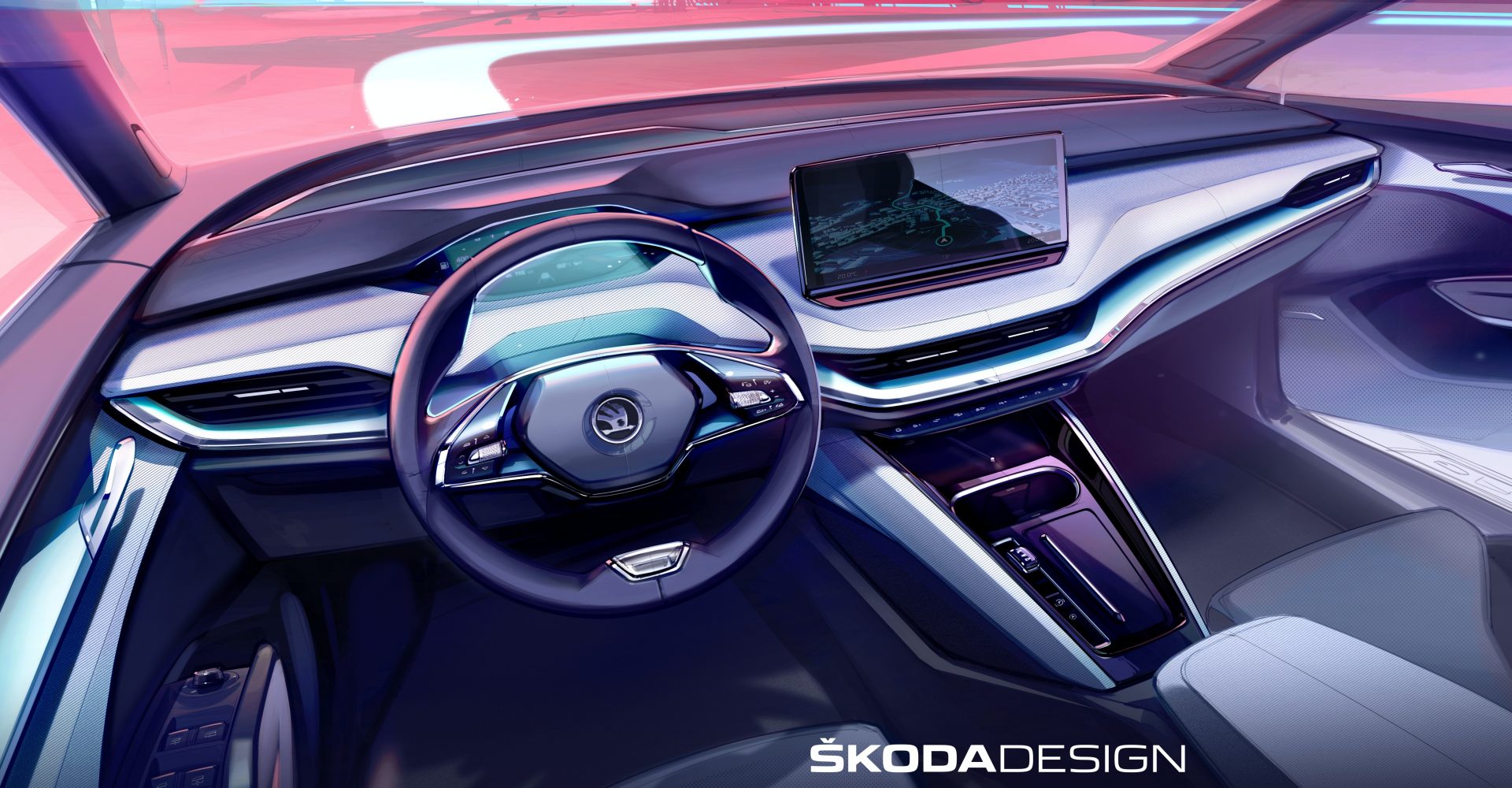 Skoda has revealed a first look at the interior of its upcoming Enyaq electric SUV.

Arriving as the firm’s first electric model to be built on Volkswagen Group’s MEB platform, the Enyaq is set to be revealed in full on September 1.

This new image showcases an interior which is dominated by a 13.0-inch central infotainment display and a wide driver display. Skoda also says that the cabin is ‘airy and practical’ thanks to the flat floor layout afforded by the MEB platform. It means that though the car will have compact overall proportions, it’ll be able to deliver good levels of interior space.

As a result of the Enyaq doing without a transmission tunnel, Skoda says that there’s more room for a third passenger on the back seats, while a 585-litre boot provides plenty of luggage space.

The Czech firm also states that the Enyaq will feature an ‘innovative head-up display’ which will also incorporate augmented reality functions; similar systems already available project information such as navigation directions on to the ‘road’ ahead, minimising the amount of time the driver has to look down.

The Enyaq also incorporates many sustainable materials in its layout. The seat covers, for instance, are made up of a combination of wool and fibres made from recycled plastic bottles. The coloured leather upholstery has also been given its particularly shade through an extract of olive tree leaves.