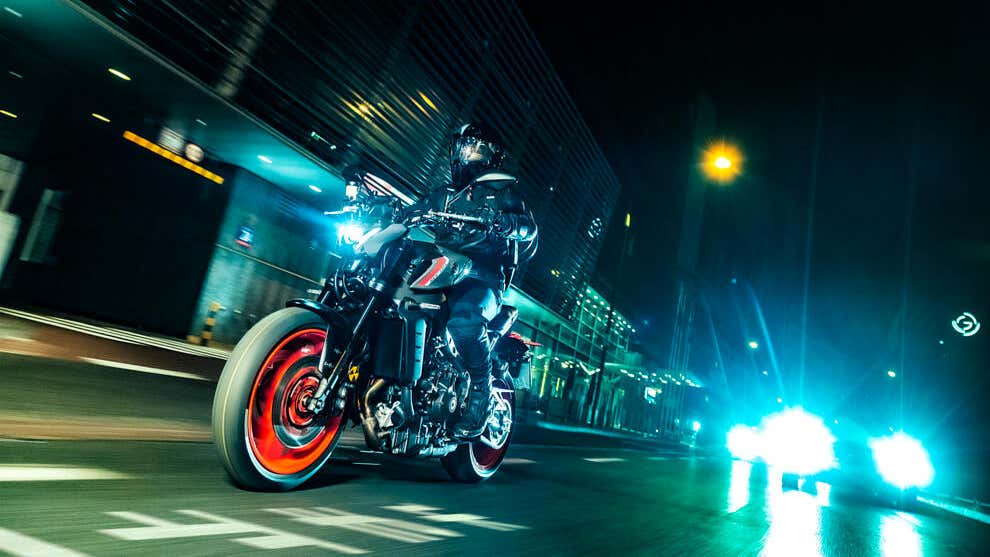 Yamaha has debuted a new MT-09, bringing less weight yet more performance than its predecessor.

Representing the largest update since the bike was first revealed seven years ago, the new MT-09 has been comprehensively revised to ensure it remains competitive with rivals.

The engine, for instance, has been slightly boosted in capacity – rising from 847cc to 889cc – while various elements such as the pistons, camshafts and conrods have been completely revised in order to reduce weight.

As a result, power is up to 117bhp from 115bhp, while torque has been increased too. It’s available from 1,500rpm lower in the rev range than before, giving the MT-09 more urgency. A new exhaust has also been fitted to give the engine an even more characterful noise.

The engine itself sits in a frame and subframe which is 3.8kg lighter than before, and it’s been made more rigid to give sharper cornering responses.

The gearbox has also been updated, while a new clutch and quickshifter have been fitted too.

Lightweight wheels have been included as well – saving 700g over the previous wheels – while the brakes and suspension have also been revised.

Up front, the bike now features a set of LED projectors for the headlights, while ABS, wheelie control and multiple rider modes head up a comprehensive list of technological upgrades.

There’s also a new 3.5-inch TFT screen which can display a variety of different readouts.

Though prices have yet to be announced for the new MT-09, it’s expected that Yamaha will announce them close to the bike’s arrival in the UK next March.