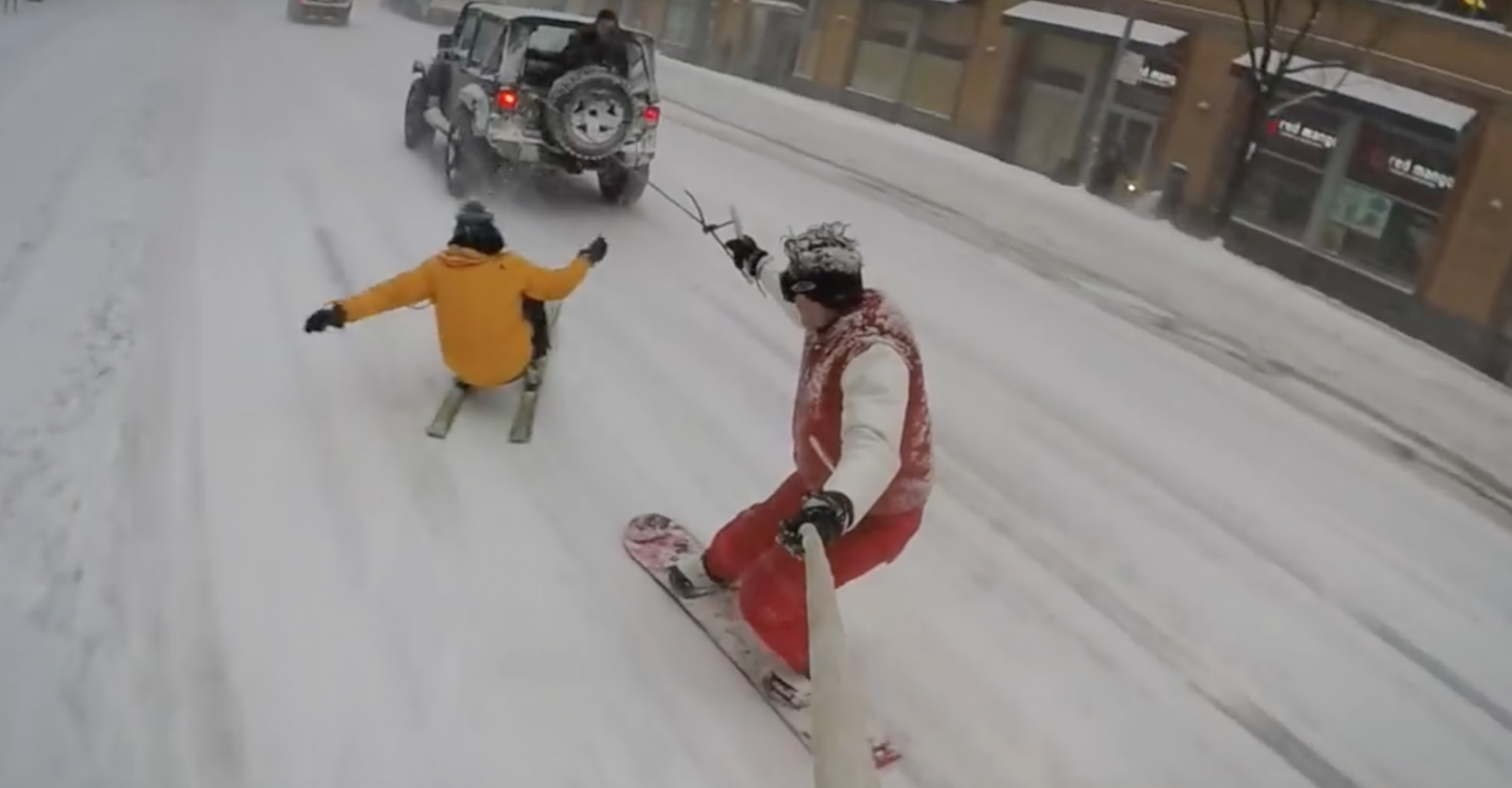 To most, a snow day means a fun-filled day off work or school – or both, of course, if you work at a school.

But to these guys, it means a hair-raising ride through the streets of New York City behind a Jeep Wrangler.

And on skis and a snowboard no less…

Film-maker and prolific YouTuber Casey Neisat put the video together with the help of compadres Dean Neistat, Jesse Wellens and Oscar Boyson.

Taking advantage of the recent snowstorm that hit the east coast of America, Neisat and a friend shredded the streets of New York City behind the four-wheel-drive Wrangler, which was fitted with snow chains.

Onlookers are seen shouting encouragement as the pair ride past them, even waving a US flag as they ride through Times Square.

The video, which has now amassed more than 12,500,000 views, ends with the Wrangler being stopped by the NYPD, who pretend to tell the chaps off.