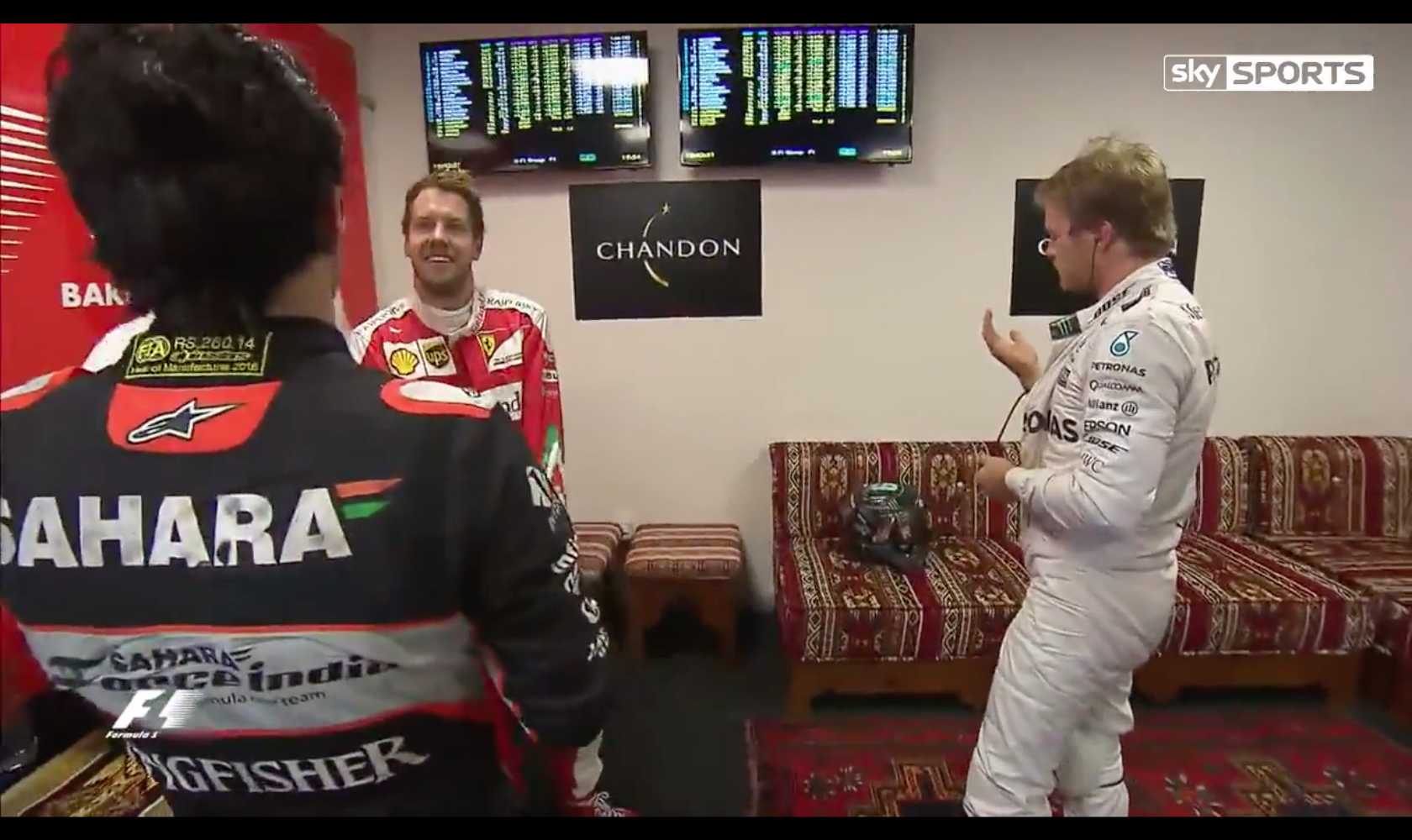 After one of the easiest races of his Formula One career, world championship leader Nico Rosberg made a small gaffe while waiting to collect his trophy.

After his simple win at the first Grand Prix set on Baku’s street circuit in Azerbaijan, Rosberg smacked himself in the face with part of his radio.

Okay, enough of that, but he’s taken it off hundreds of times before and without a problem, so why did he go radio gaga this time?

He does look a tad sheepish after he did it, poor guy.

Is he trying to injure himself on purpose to keep the championship race open?

For everyone’s sake (especially for Lewis Hamilton), we hope Rosberg doesn’t run away with the championship just yet.