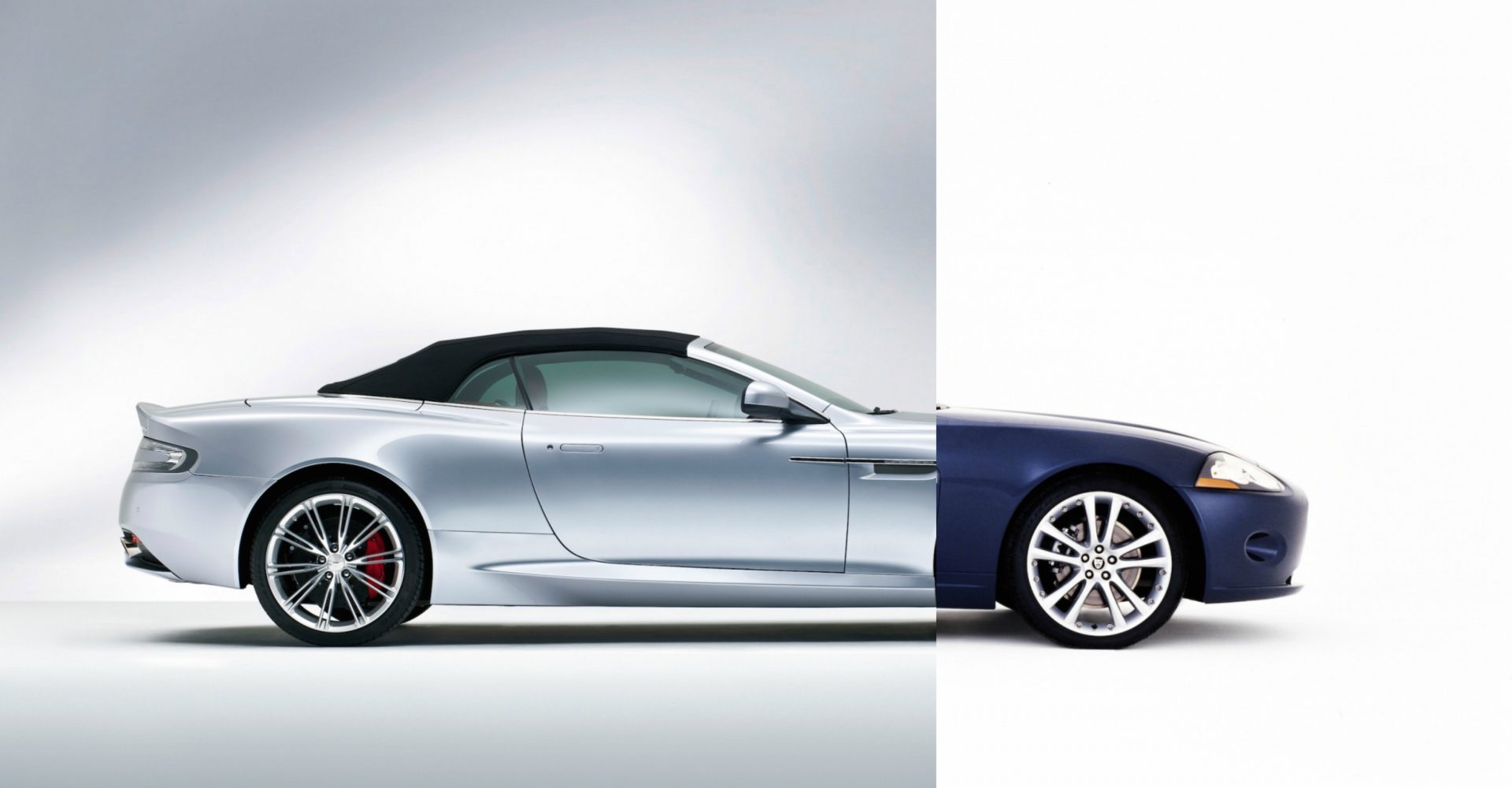 Be it music, movies or motoring, there’s an inevitable overlap between consumer products.

There are only so many chords, only so many types of story to tell, and perhaps, a particularly finite number of shapes you can place atop four wheels and an engine.

With this reality in mind, it’s not surprising that some cars bare a resemblance to their predecessors. This list is dedicated to the cars that, intentionally or otherwise, bear a resemblance to other models.

The 924 has one of the more tainted reputations in the pantheon of Porsche history. It’s front-engined, and the power plant first fitted was a 2.0-litre sourced from Volkswagen, producing just 110bhp.

None of this stopped the designers at Mazda seemingly utilising a picture of the 924 and some tracing paper when designing the first RX-7.

Indeed, the first-gen RX-7 was in much the same ballpark when it came to power, with the advantage of a spectacular rotary engine soundtrack over the drone of the 924’s four-cylinder.

Of course, the RX-7 evolved considerably over its life and became an icon; you wouldn’t begrudge those who designed the relatively unloved 924 for feeling a little cheated.

Mitsubishi’s ‘i’ kei car was an odd-looking beast – slender, small and quintessentially Japanese, it was a car that was always going to struggle to find purpose in foreign markets.

While the car was sold in many countries, perhaps it missed a trick in not marketing to India, as Tata clearly saw an opportunity at hand.

In swept the Nano, with similar proportions and a similar concept, right down to the engine sitting in the rear of the car. The Nano was marketed in something of a different manner, being an unquestionably budget option; unfortunately, it still went over-budget, as Tata was making a loss on every car sold. 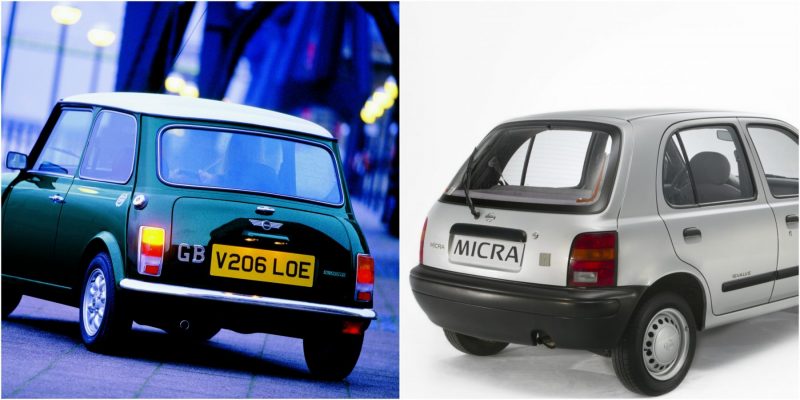 The second-generation Micra was a simple, honest car, with unobjectionable styling and a compact, lightweight frame. It also held a fairly obvious inspiration – the original Mini.

The little Micra is obviously a newer shape, having been revealed some 32 years after the original Mini, but the cues are certainly there.

However, the Micra would soon be copied itself…

If the Micra was inspired by the Mini, the Kelisa is simply a smudged photocopy of the Micra.

From the near-cloned rear-end, to the twin-entry styling on the grille, the Kelisa is impressively dedicated to simply being a second-generation Micra.

The Kelisa also shares some visual lineage with the Mini, and former Top Gear star James May even likened it to the iconic British car during a roadtest.

Ultimately, the Kelisa did well for Perodua, helping the company – which was less than a decade old when the car was launched in 2001 – become the largest car brand in its home nation of Malaysia. 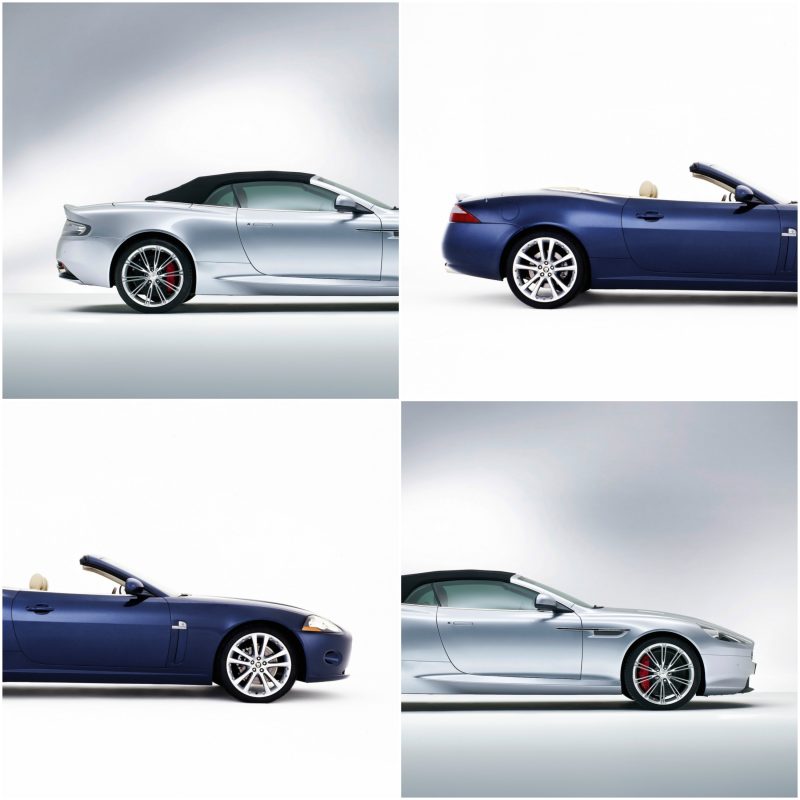 Here are two British, front-engined sports cars which were both designed by Ian Callum at a time when the same company owned both marques. If we’re being honest, this one is as forgivable as it is obvious.

But indeed, the DB9 and the XK do in fact look rather alike, despite one housing a 12-cylinder engine, and the other settling for just 8.

The two brands have since become more separate in their style, as neither are owned by Ford any longer, but for a little while, the common ground between Jaguar and Aston Martin’s sports car offerings was rather noticeable.

Yes, this one is a little bit of a stretch, but the resemblance is there at the front end of Rover’s SD1.

And, as it turns out, this is by design rather than happy accident, as creator David Beche acknowledged the Ferrari Daytona as an inspiration for his model.

From every other angle, it’s simply not true, ‘but just pay attention to the front’, as we’re sure some Rover owners felt compelled to say.

Wiesmann’s range was inspired by British cars, and the German firm made no secret of that – the plan was to take classic British styling and match it with modern German performance, aided by BMW engines.

If we had to nail down a car that it most resembles, it would be the Morgan Aero 8. There is plenty of Jaguar C-Type there too, but its modernised retro feel brings it closer to the Aero 8 in our eyes.

Trying to claim that the current day Fiat 500 copied any other car, given its namesake and inspiration from several decades prior, is slightly tenuous.

However, there is something to be said for those who claim that the rear-end of the 500 shares a lot with the third-generation Nissan Micra.

While there’s a more pronounced curve on the Micra, the headlights and general positioning of all the key features on the 500 is certainly similar.

This last one is almost certainly accidental, but the Jaguar E-Pace and the Suzuki Swift are – from the right angle – not too dissimilar. The grille of the Swift is rather similar to Jaguar’s current signature front-end jewellery, and both the side vents and the headlight shape only add to the similarities.

It’s a stretch, yes, but we’re not the first to notice, and we’re sure Suzuki won’t mind the comparison too much!