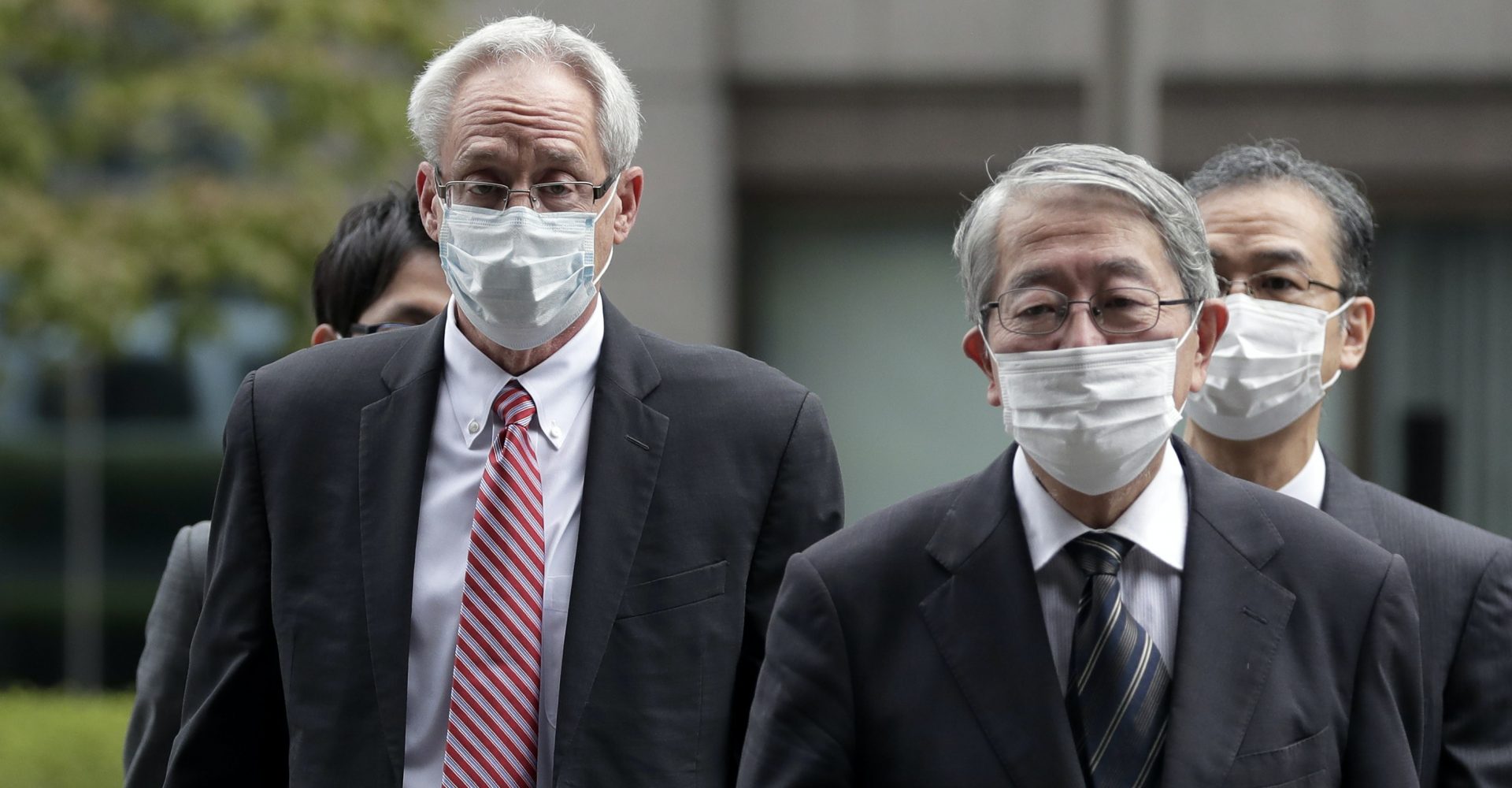 The financial misconduct trial of former Nissan executive Greg Kelly began on Tuesday with Kelly saying he committed no crimes and was only trying to keep his star boss Carlos Ghosn from leaving.

The charges being heard at Tokyo District Court centre around Kelly’s alleged role in failing to report to Japanese authorities the future compensation of Ghosn, who led Nissan Motor Company for two decades.

Japanese prosecutors outlined allegations of what they said was a complex and clandestine scheme to pay Ghosn. Kelly denied the allegations and said everything that was done was intended to keep Ghosn, who he called an “extraordinary executive”, at Nissan.

“This was all in the best interests of Nissan,” Kelly said, reading from a statement.

“I deny the allegations. I was not involved in a criminal conspiracy,” said Kelly, whose trial opened on his 64th birthday.

Ghosn was arrested in late 2018 at the same time as Kelly but jumped bail and fled to Lebanon late last year.

Since Lebanon has no extradition treaty with Japan, he may never face trial. But Kelly showed no bitterness over being left to face trial himself.

He recounted how in the late 1990s, when Nissan was losing money, the French automaker Renault bought a stake in Nissan and sent in Ghosn to help turn the ailing Japanese car manufacturer around.

He explained how Nissan expanded its product line-up, diversified into leasing and tackled the China market, where it prospered during many years of double-digit growth.

Top management at Nissan fretted they might lose Ghosn, who occasionally complained he could make more money elsewhere even though he was paid more than most Japanese top executives.

They researched lawful methods to provide incentives for him to say, consulting with in-house and outside attorneys to try to retain him.

“The evidence will show that I did not break the law,” said Kelly, who has a law degree and was hired by Nissan in the US in 1988.

Nissan is also facing the same charges in the trial as Kelly but has acknowledged guilt and is not contesting. It is paying a 2.4 billion yen (£17.57 million) fine.

Ghosn has vigorously defended himself, saying he is innocent. The defence has long argued Ghosn’s compensation was never agreed upon, let alone paid.