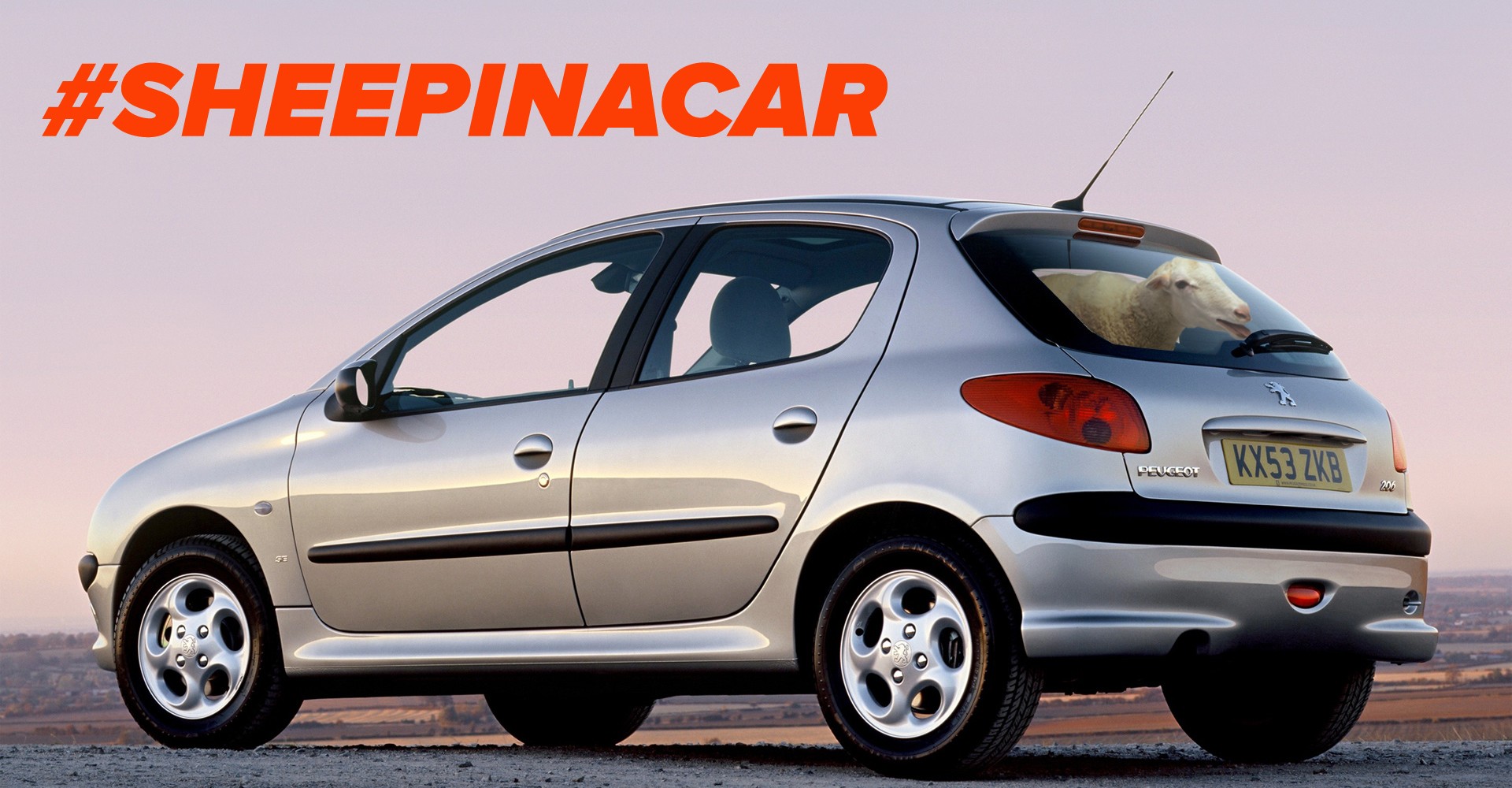 This driver was left feeling more than a little sheepish following his brush with the law last week.

The motorist was pulled over by North Yorkshire Police after they spotted two bald tyres on his Peugeot 206.

However, the routine check up turned out to be a little more baa-zarre, after the officers found a sheep in the vehicle’s boot.

Naturally they took to Twitter with an animal-appropriate pun, and the public went mad for it, even creating the #sheepinacar hashtag for the incident.

Ewe have got to be kidding!!! Officers have just stopped this car which has 2 bald tyres and a sheep in the boot pic.twitter.com/J7yM7wsDaS

When questioned about his unlikely passenger, the driver told Police that the two were just going for a McDonalds drive-thru, adding: “Some people take their dogs in their cars, I take my sheep.”