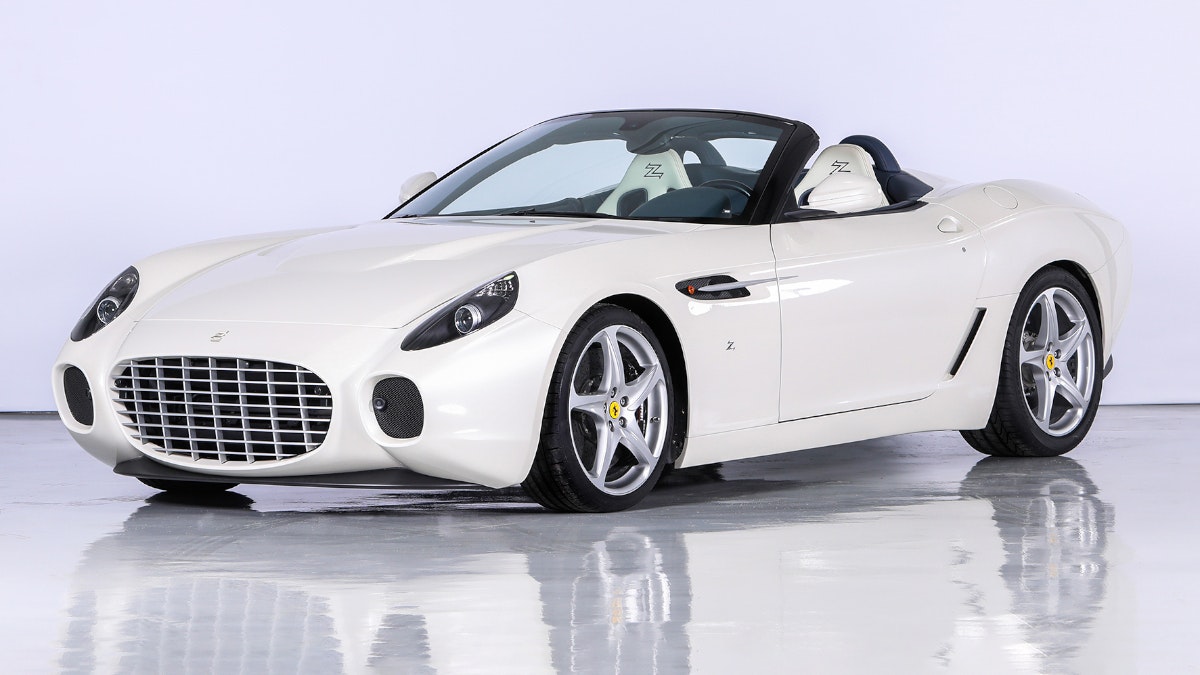 An ultra-rare Ferrari 599 GTZ Zagato Nibbio is set to go under the hammer next week.

Based on the Ferrari 599 GTB, Italian coachbuilding firm Zagato reworked nine examples of that car to create the GTZ — of which just two of them are drop-top. It was spawned from a customer approach to personalise their own 599, who is said to have wanted something ‘obviously Zagato’.

The firm’s trademark styling cues are present as a result, including extended angular rear bodywork and oval vents at the front of the car. It’s arguably the highlight of the Riyadh Car Show Auction, taking place on November 22. An expected sales price for the 599 GTZ Zagato Nibbio hasn’t been revealed, though we imagine it will be a lot of money.

Amongst other lots at the auction is a Pagani Huayra coupe that has covered just over 430 miles since it first took to the roads in 2013. Being just one example of 100 ever made, this is likely to be a sought-after car amongst bidders.

Another highlight comes in the form of a completely restored 1955 Mercedes-Benz 300SL Gullwing. Restoration work was undertaken by German tuning firm Brabus, with the car finished in fresh black paint and an eye-catching red interior.

A famous old-school Ferrari will also be joining the roster — a 1985 288 GTO. The predecessor to the much-loved F40, this particular example was owned by radio host and former Top Gear presenter Chris Evans — though at the time was finished in white paint. It has since been restored to its current Rosso Corsa state.