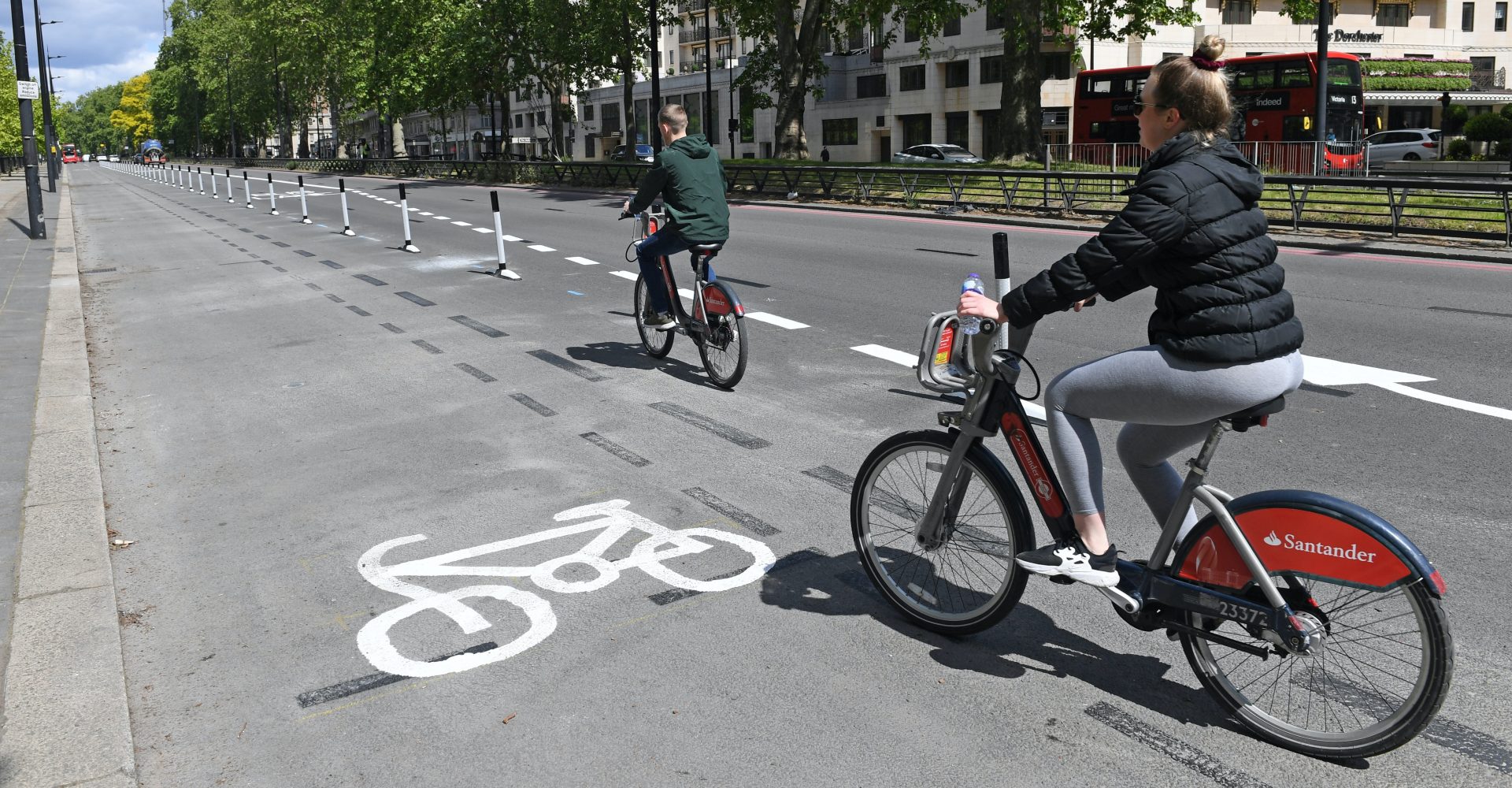 Opposition to bike lanes is overestimated, a survey commissioned by a cycling charity suggests.

The majority of people (56%) support schemes to promote cycling and walking, with just 19% objecting to them, according to a YouGov poll of 2,094 UK adults on behalf of Cycling UK.

But just one in three respondents (33%) think the public is generally in favour of such measures, with 29% believing there is overall opposition.

Since May the Government has made a total of £250 million available to English councils to fund the introduction of initiatives to encourage active travel.

This was in response to fears that the coronavirus pandemic would lead to more people travelling by car.

Opponents claim they are making congestion worse, and have been successful in convincing some councils to suspend or downgrade their programmes.

Cycling UK’s head of campaigns Duncan Dollimore said: “Too many councils are overestimating the opposition to these schemes and overlooking the evidence.

“In recent months Cycling UK has seen multiple reports of people claiming there is widespread opposition to the building of new bike lanes, but this and other surveys shows there’s nothing widespread about it – just a small number of loud voices.

“This survey shows people clearly want safer, cleaner streets where they feel confident their children can play and exercise without threat of danger, but they overestimate public opposition to bike lanes massively.”

Transport Secretary Grant Shapps has threatened to reclaim cash given to councils if they fail to consult communities about LTNs.

He has also ordered local authorities who receive funding to submit monitoring reports on their schemes six to 12 months after they open, to highlight how they have been modified based on local feedback.

“The increases in urban congestion, emissions and economic damage to white vans and hauliers in particular are the paradoxical consequences.”