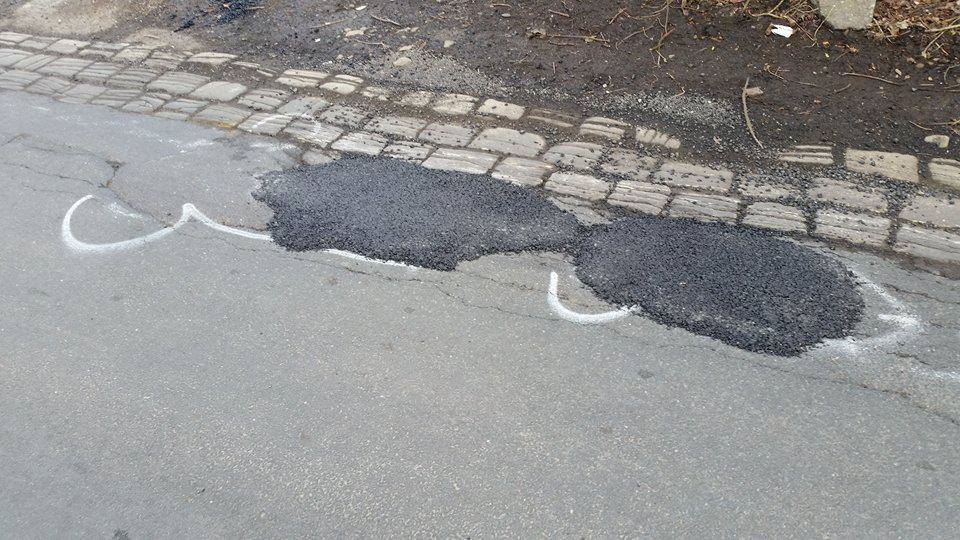 Some might say it’s a fallacy that councils are slow to get things done. But when phalluses are involved, it’s a different matter altogether…

An anonymous vigilante has got so fed up with waiting for the council in Ramsbottom, Greater Manchester, to fix the worsening problem of damage-causing potholes that he’s resorted to spray-painting penises around them to force remedial action – and it seems to be working. Quickly.

Giving himself a ruder version of graffiti artist Banksy’s moniker (clue: it begins with a “W”), he uses non-permanent paint to draw what some might call offensive pictures around the offending potholes to draw attention to them. Defending his actions, he said:

The roads of Manchester are in an appalling state, especially around Bury. I have cyclist friends who have been hospitalised. They damage vehicles. Sometimes it’s hard to know which pothole caused the damage because there are so many . . . I just want to make people smile and draw attention to the problem. It seems to be working, judging from the Facebook fan page.

Here’s an example of his handiwork: Here's a nice long one for you all.

However, the council said:

The actions of this individual are not only stupid but incredibly insulting to local residents. Has this person, for just one second, considered how families with young children must feel when they are confronted with these obscene symbols as they walk to school? Not only is this vandalism, but it’s also counter-productive. Every penny that we have to spend cleaning off this graffiti is a penny less that we have to spend on actually repairing the potholes!

That last bit would be a fair point were it not for the fact that not only does it seem to be spending precious little on removing the paint (which is non-permanent, remember), what it forks out on repairs doesn’t appear to be top dollar either:

Spraypainting phalluses on potholes is one way to get them fixed http://t.co/ENW3N3zPqa pic.twitter.com/7XPDUqVXxR

According to the “artist”, one hole that had needed attention for at least eight months was filled in just 48 hours after he got to work on it: Wanksy - Road Artist posted this photo on 2015-04-04. 70 likes. 10 comments. 0 shares.

And although penises have been the main, er, draw, some potholes have led to female-inspired depictions: Here's a new Wanksy to brighten up your Sunday mornings