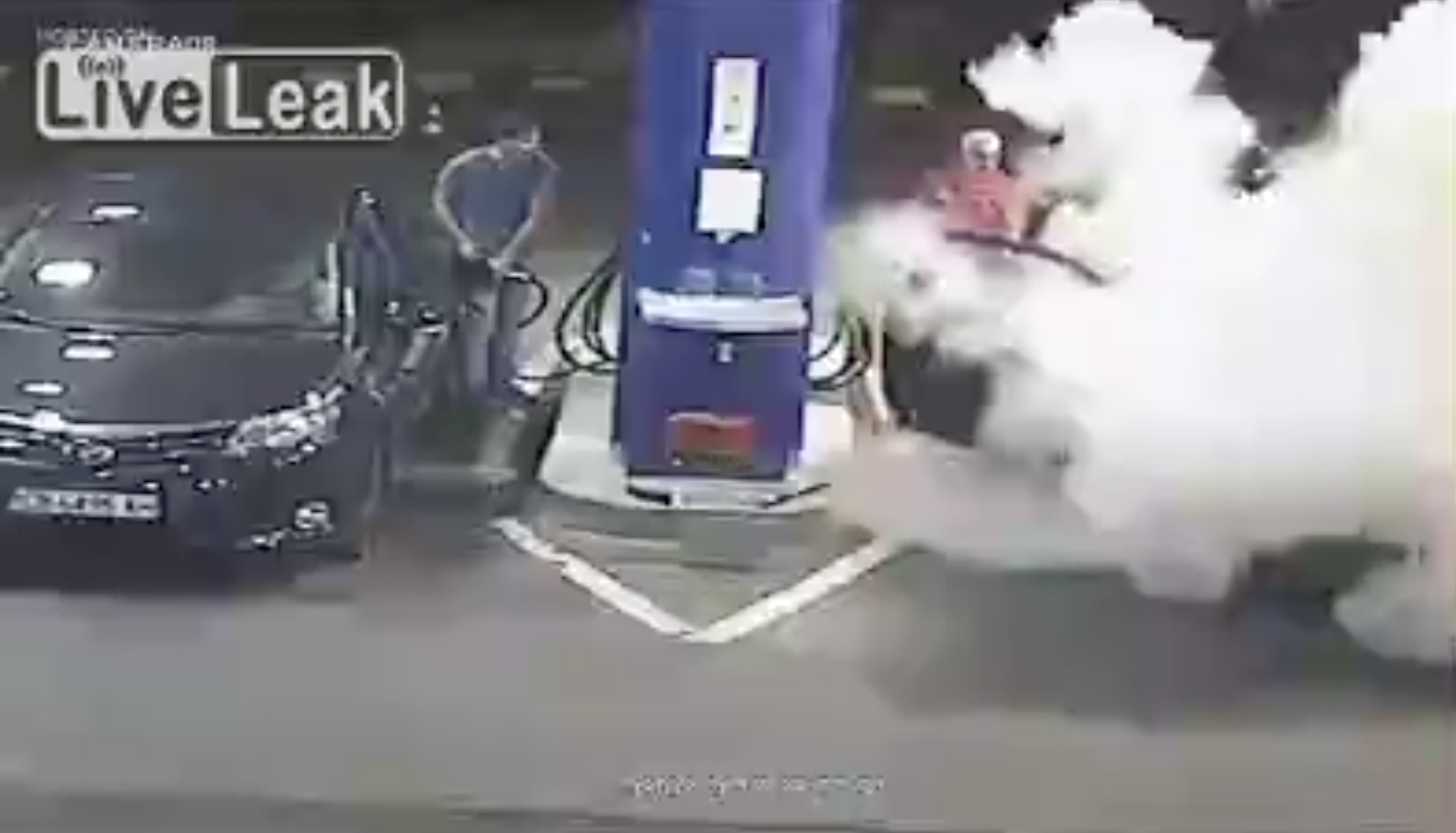 Fire and petrol are two things that really don’t go well together.

Unfortunately, even this most obvious fact can escape some people, who put others in danger with their ignorance.

One such example is a Bulgarian motorist who decided he fancied a cheeky cigarette while filling up his car at a petrol station in Sofia, apparently not realising that if the fuel had come into contact with the open flame, lung cancer would have been the least of his worries.

Naturally, one of the petrol station’s employees instructed the man to put his cigarette out, but when the total numpty didn’t do as he was instructed, the attendant decided to extinguish it for him… quite literally.

CCTV footage show the quick-thinking employee making his way to the nearest fire extinguisher and proceeding to envelop the smoker and his car in a cloud of CO2.

As the cloud settles, the motorist wanders round, seemingly dazed by the experience, before engaging in what appears to be a heated exchange with the attendant-turned-firefighter.

You can see the drama for yourself in the video below.

Petrol station attendant, we salute you! Driver smoking on the forecourt, you are an imbecile!