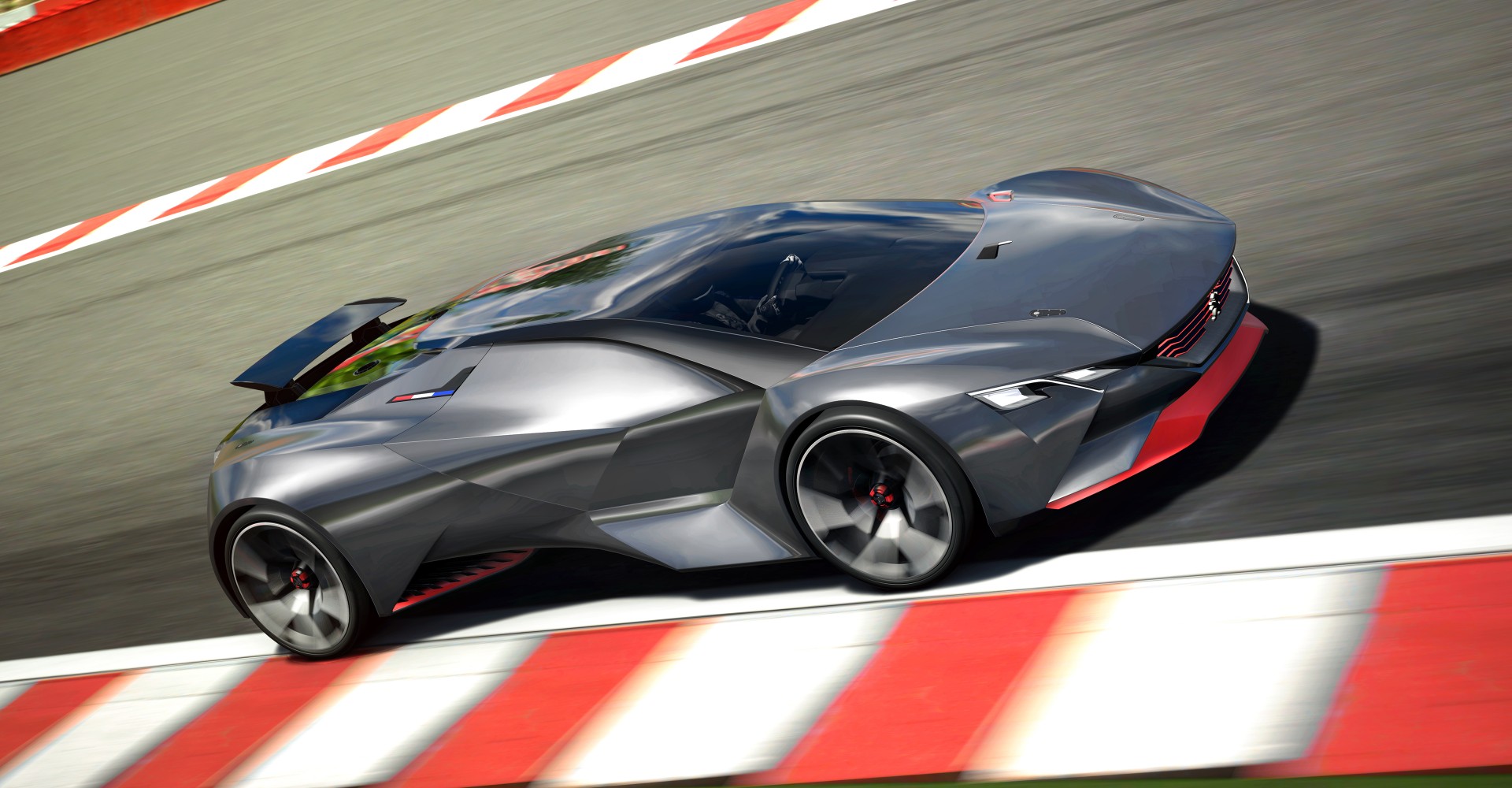 First the 208 GTI, then the 308 R, now this – Peugeot is definitely getting its mojo back.

The latest manufacturer to take on gaming franchise Gran Turismo’s ‘Vision Gran Turismo’ brief, Peugeot have come up with something… well, decidedly un-Peugeot.

With a low-slung appearance similar to sister company Citroen’s GTbyCitroen concept, Peugeot’s stab at the virtual concept car game is in many ways even more outlandish.

For starters, it’s quick – there’s 875bhp to play with from a ‘3.2-litre V6’ engine (presumably Peugeot had the one from its 208 Pikes Peak competitor in mind), catapulting the Vision Gran Turismo to 62mph in 1.7 seconds.

But with great power comes great wheelspin, so it’s only logical that the Vision GT should have four wheel drive. Curiously its rear wheels are in inch larger than its front ones (23inch vs 22, if you’re interested) which would imply just a teensy bit of RWD-bias.

The mighty Pug is available to drive now, assuming you’re equipped with a PS3 and a copy of Gran Turismo 6 – in usual Vision GT fashion, there’s a free update containing the car ready to download now.