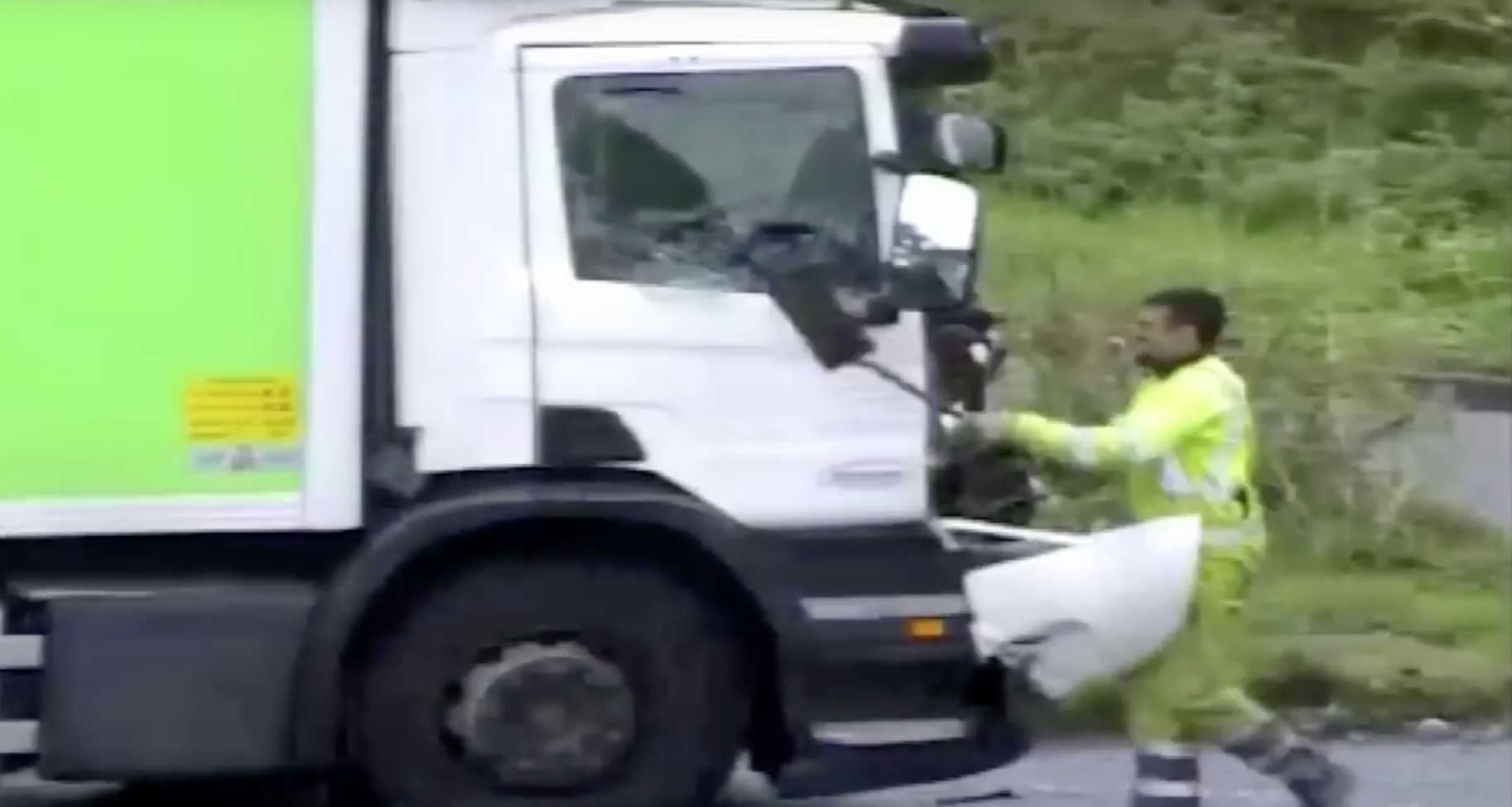 Case in point, this utterly mad lorry driver, filmed attacking another road user with both a shovel and his own vehicle.

We’re not sure what the story behind the incident is, but in the footage released by Greater Manchester Police it’s stated that there was a minor collision between a delivery lorry from logistics firm Wincanton and a flatbed wearing Motorway Maintenance badging.

Rather than this being the low point of the day for all concerned, the flatbed driver starts to escalate the matter. After first remonstrating with the two men in the lorry, he returns to his cab to take photographs of them on his mobile phone.

As the men seem to respond in kind, a fight breaks out when the flatbed’s driver tries to grab the phone off them. When this doesn’t quite seem to go to plan, he heads back to his truck and reverses it repeatedly into the front of the lorry, where the men had locked themselves inside.

He’s not quite done there either. Climbing on to the cab to remonstrate further (and a rather futile attempt to pull the wing mirrors off), he then goes back to his flatbed to retrieve a shovel, smashing the driver’s side window with it before shoving it threateningly into the cab. Shortly after, he hops back into his cab and drives off.

You can see the clip released by the police, recorded on a motorway traffic camera, below:

The incident happened at the Eccles interchange between the M60 and M62 at midday on Wednesday, November 9. One of the men in the Wincanton lorry had to be taken to hospital but – thankfully –  is reported to have made a good recovery. Unsurprisingly, though, both of them ‘have been left terrified by the incident’, said police.

If you have any information, please contact Greater Manchester Police on 0161 872 5050 and help get that maniac flatbed driver off the roads.