So you want a car with a musical six-cylinder engine, rear-wheel drive and a six-second nought to 62mph time, all in a relatively lightweight shell that you can throw around corners? You’ll be wanting a Porsche Cayman.

If, however, you don’t have the £40,000 needed to put one on the drive – or even the £15,000 needed to get a well-used second hand model – fear not, as there are other ways to get your six-cylinder, rear-wheel drive fix for much less. 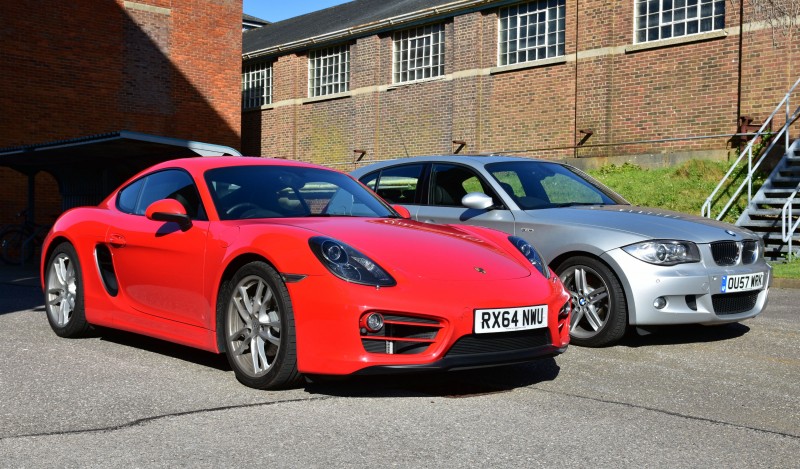 The answer? The BMW 130i. It may be the original version of BMW’s current smallest model, but it still packs a hefty 3.0-litre petrol motor under the long bonnet, which pumps out a substantial 261bhp – just 10bhp down on the Cayman.

Meanwhile, it boasts even more low down grunt than the Porsche, with just an extra 50-odd kilos to lug around. As a result, the 130i rockets to 62mph just 0.4 seconds behind the Porsche in 6.1 seconds.

Best of all, you can pick one up from around £5,000 for a 10-year old, high-mileage model. £10,000 meanwhile can get you the keys to a much newer, low-mileage version. Admittedly, the BMW has had an encounter with the ugly tree compared with the slinky Porsche, but opt for one of these and you get a car that offers way more than half the thrills of the Cayman for well under a quarter of the price. 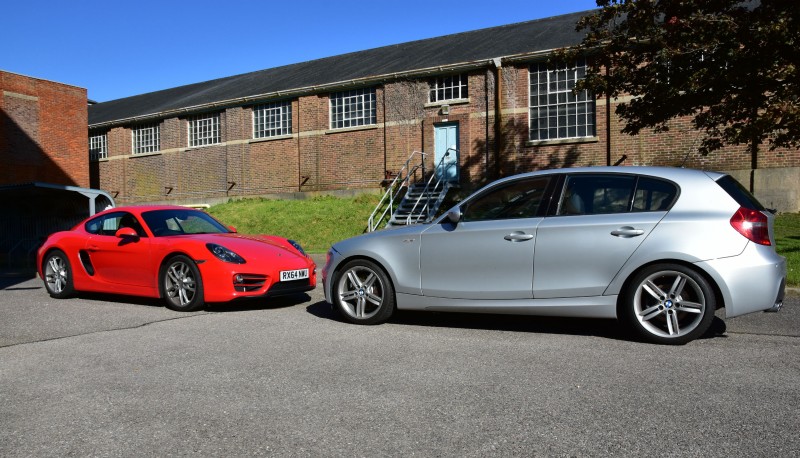 And your mates can come along for the ride, with five seats to play with, too.