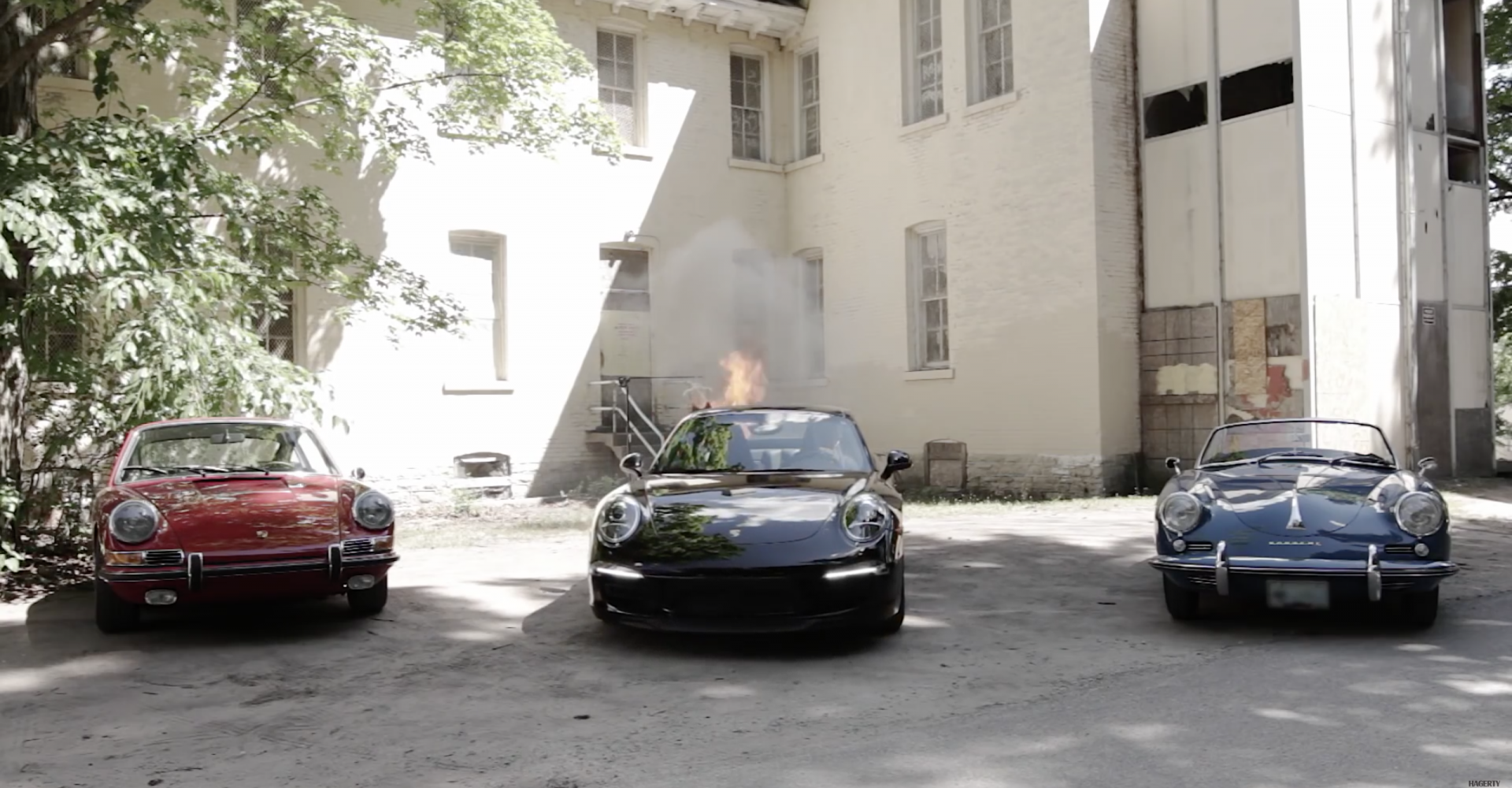 It could be said that sometimes, fashion divides opinion.

In the case of clothing company Rag & Bone, destroying a classic Porsche 911 SC in an advertising campaign has riled almost the entire motoring community.

So in response, a classic car group has returned the clothing brand’s fire – by burning an item of their clothing in front of three menacing Porsches.

Using the same background as the original video, a women’s top burns from a peg as a 911 rolls steadily away, looking a little like something from a thriller movie.

With a fitting title of ‘Hag & Chrome’, the video is sure to please the legions of online car fans that were disgruntled by Rag & Bones unashamed destruction of a motoring icon. Destruction that, on the internet at least, has not gone unnoticed. Of the 77,076 views that the original video has, 5,737 are thumbs down.

It’s understandable that a classic car company would want to exact retaliation after seeing a classic car that they specialise in being destroyed, though we can only hope that Rag & Bone don’t try to reply as well. Wouldn’t want to start an online clothing and cars-based feud now would we?

One thing is for certain though; by destroying a classic 911 Rag & Bone have generated more interest both good and bad around their brand than any catwalk could have. Publicity shouldn’t have to come at the cost of such a beautiful old car though.