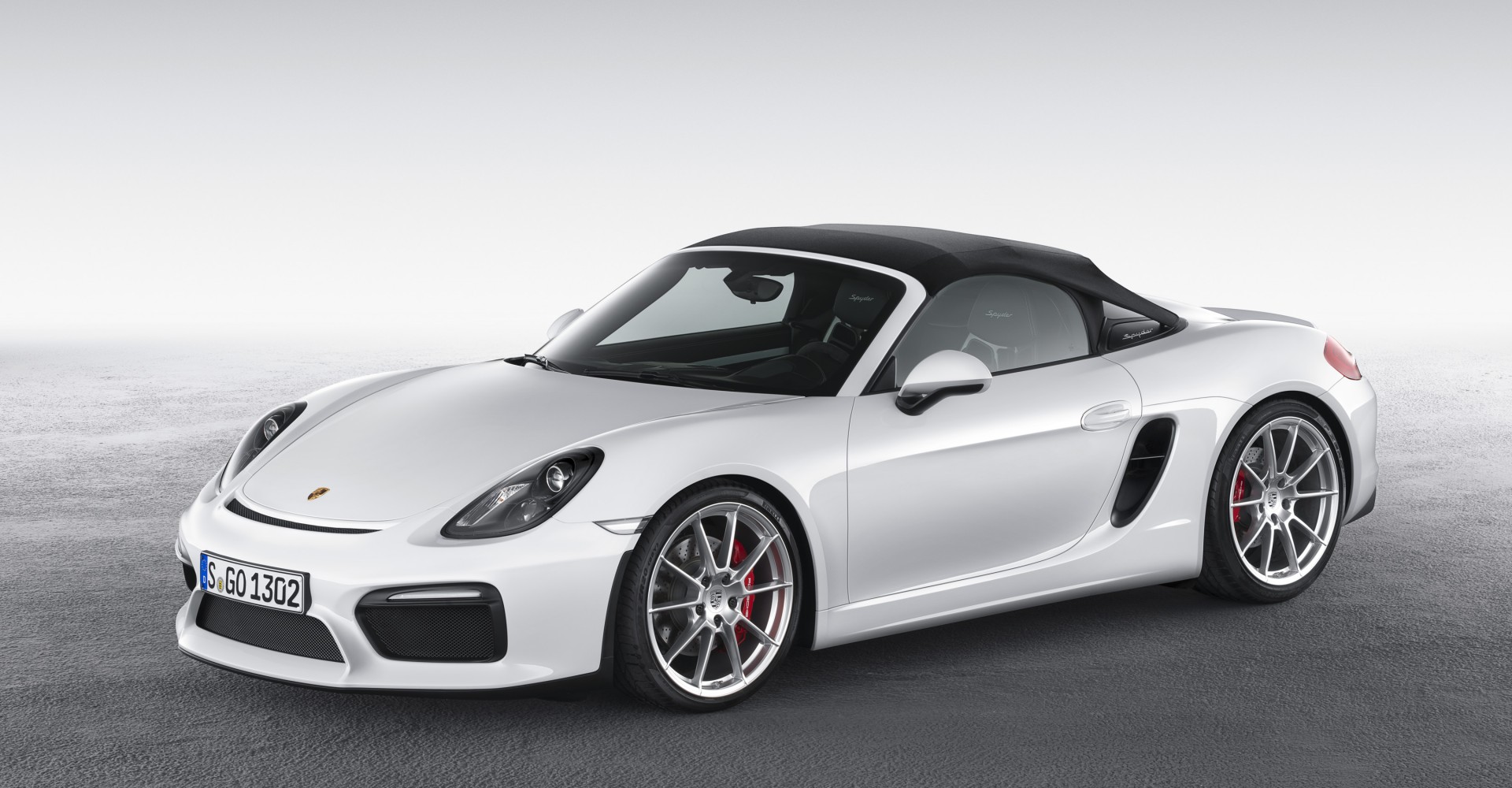 Porsche has unveiled its new Boxster Spyder at the New York Motor Show.

As the lightest and most powerful Boxster the German car maker has ever produced, we’re a little bit excited. Read below to see our run down of the car’s key credentials.

Those keen on owning one will be able to see it in UK showrooms from July but orders are being taken now with the Boxster Spyder priced at £60,459.

The Boxster Spyder has a 3.8-litre flat six engine, taken from the 911 Carrera S 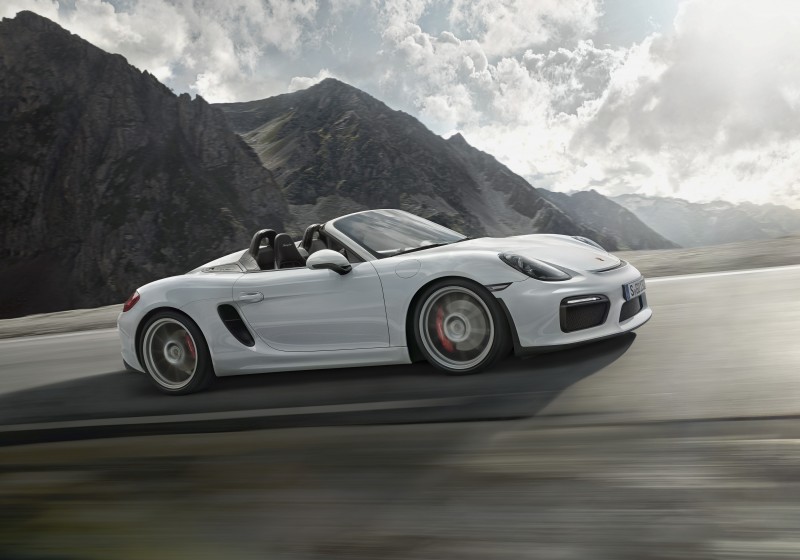 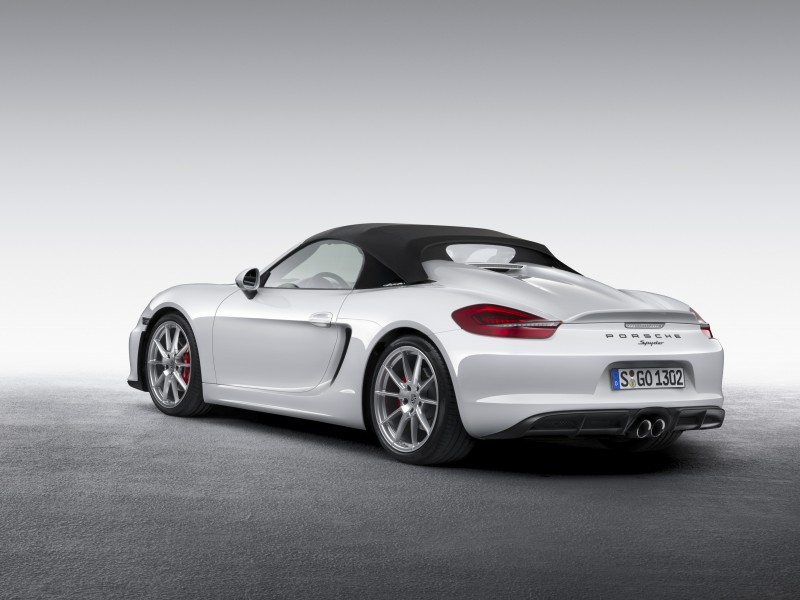 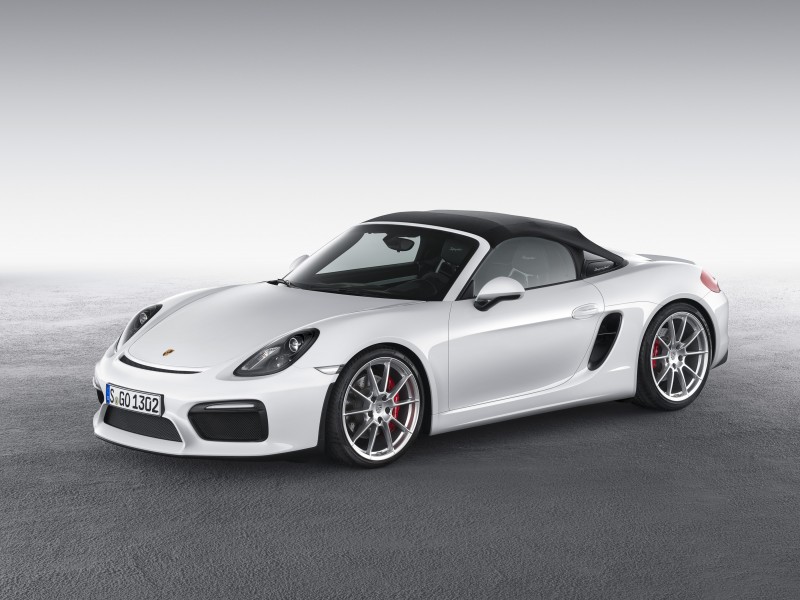 The Boxster Spyder features two streamlined bulges extending down the rear of the car. According to Porsche the front and rear end of the model are also taken from the Cayman GT4.

It’s the lightest Boxster ever 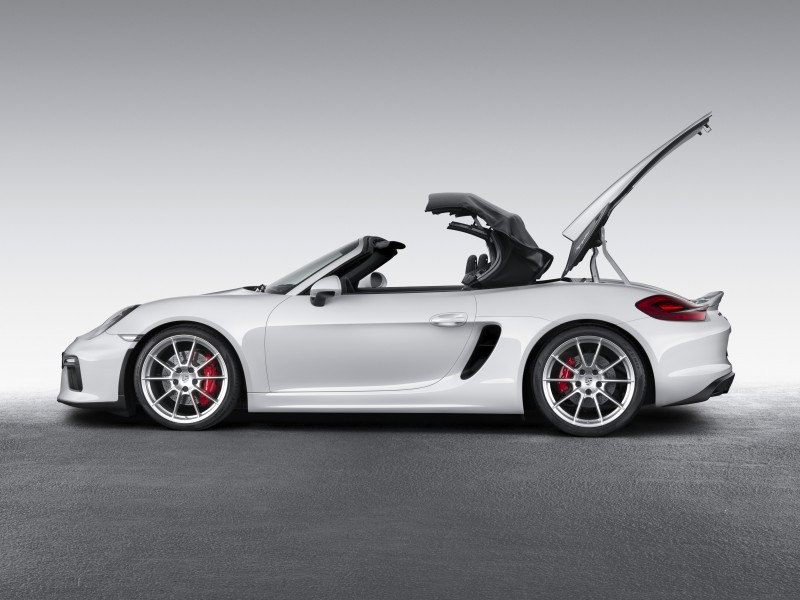 The interior has been designed with ‘pure driving pleasure in mind’ 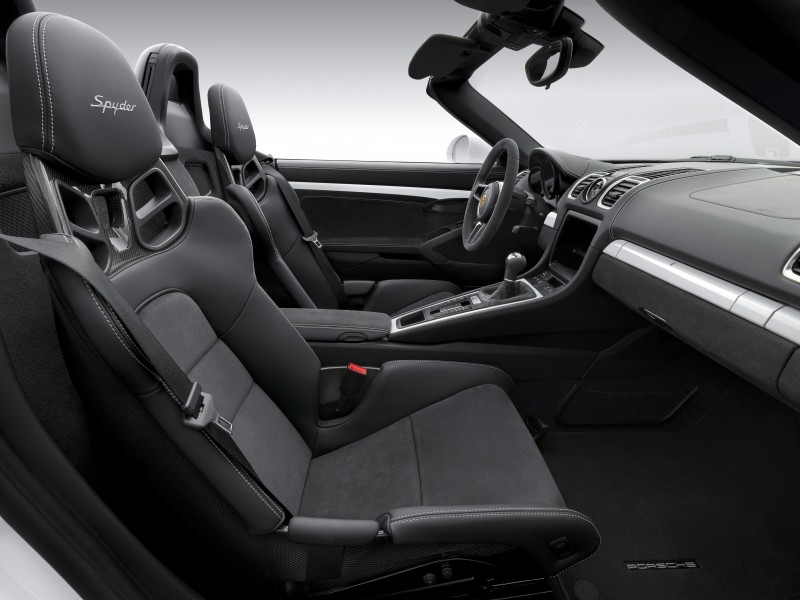 Light sports bucket seats with large side supports are fitted and the radio and air-con aren’t included as standard for further weight saving. But, fortunately, wanting those can add them for no extra fee.