‘There are delays due to a triceratops blocking the high street.’

Let’s face it, that’s not going to be something you hear every day on a traffic report, but it’s exactly what residents of an Isle of Wight town were faced with last weekend. Island life, eh?

For some reason – and we suspect alcohol was a mediator here – mystery individuals plonked the 20ft fibreglass monster in the middle of the road in Godshill, abandoning it there to bemuse the island’s drivers. 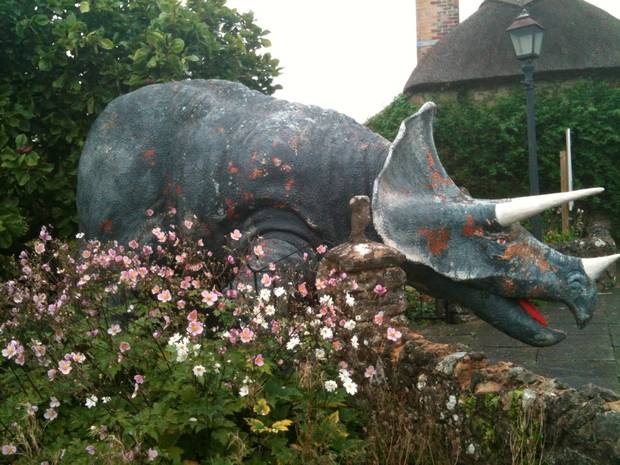 The dinosaur is already a fixture of the island. Nicknamed ‘Godshilla’ (we see what they did there), it was bought to go on display at a gift shop and is often the focal point of pranks – decorated in full festive trimmings last Christmas, for instance.

It might seem like an odd attraction but the Isle of Wight is famous among fossil-hunters and the site of discovery for many dinosaur species – it’s even been dubbed ‘Dinosaur Island’ for its rich heritage.

‘Godshilla’ has now been returned to its rightful home, where owner Martin Simpson – who admittedly was quite amused by the Jurassic jape – is thinking of putting up a fence to keep it penned in. Hopefully it won’t be as shocking an installation as this, though…