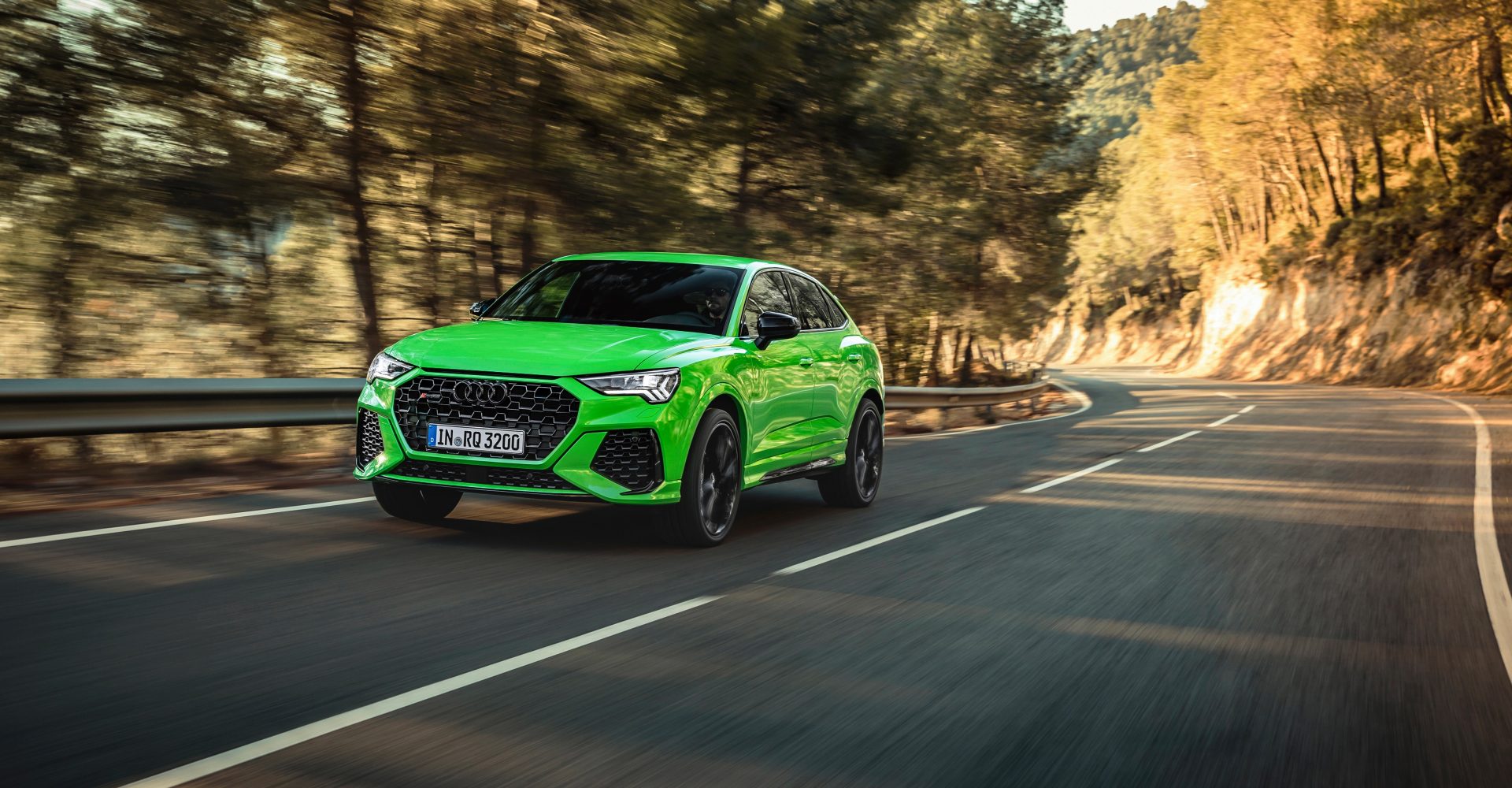 Pricing has been confirmed for three of Audi’s new RS models – the RS6, RS7 and the RS Q3 Sportback.

All three models have been unveiled in recent months, with the RS6 arguably the most notable. From the offset, it’s offered with just one engine option – a turbocharged 4.0-litre V8 producing 592bhp and 800Nm of torque. That means it can hit 0-60mph in just 3.4 seconds and reach a claimed top speed of 155mph, which can be raised to 174mph on higher trim levels.

The coupe-like RS7 features the same engine, along with matching performance figures.

Next in the line-up is the Carbon Black grade, which adds 22-inch alloy wheels and carbon interior and exterior accents, which sees the price increase to £100,650. The flagship Vorsprung meanwhile brings a panoramic sunroof, a 360-degree camera and a head-up display to name but a few features. This top-spec model costs from £109,250.

The third new Audi RS model to name its prices is the RS Q3 Sportback, which costs from £53,600, and comes as standard with LED headlights, a digital Virtual Cockpit and heated leather sports seats.

Upgrading to the ‘Audi Sport Edition’ gains Matrix LED headlights, 21-inch alloy wheels and a gloss black styling pack – costing from £57,950. Sitting at the top of the line-up is the Vorsprung, which adds revised 21-inch alloy wheels, enhanced connectivity and wireless phone charging, with prices increasing to £61,500.

The RS Q3 features the same engine as the RS3 – a five-pot 2.5-litre unit producing 395bhp and 480Nm of torque. This allows for a 0-60mph sprint time of 4.3 seconds and a top speed capped at 155mph. It’s also only the second-ever ‘RS’ branded Audi SUV to be launched.

All three models are available to order now, with first deliveries expected in January 2020.

The Audi RS range will be joined shortly by the facelifted RS4, along with the regular RSQ3. An all-new RSQ8 was also recently unveiled and will make its debut at next week’s LA Auto Show.