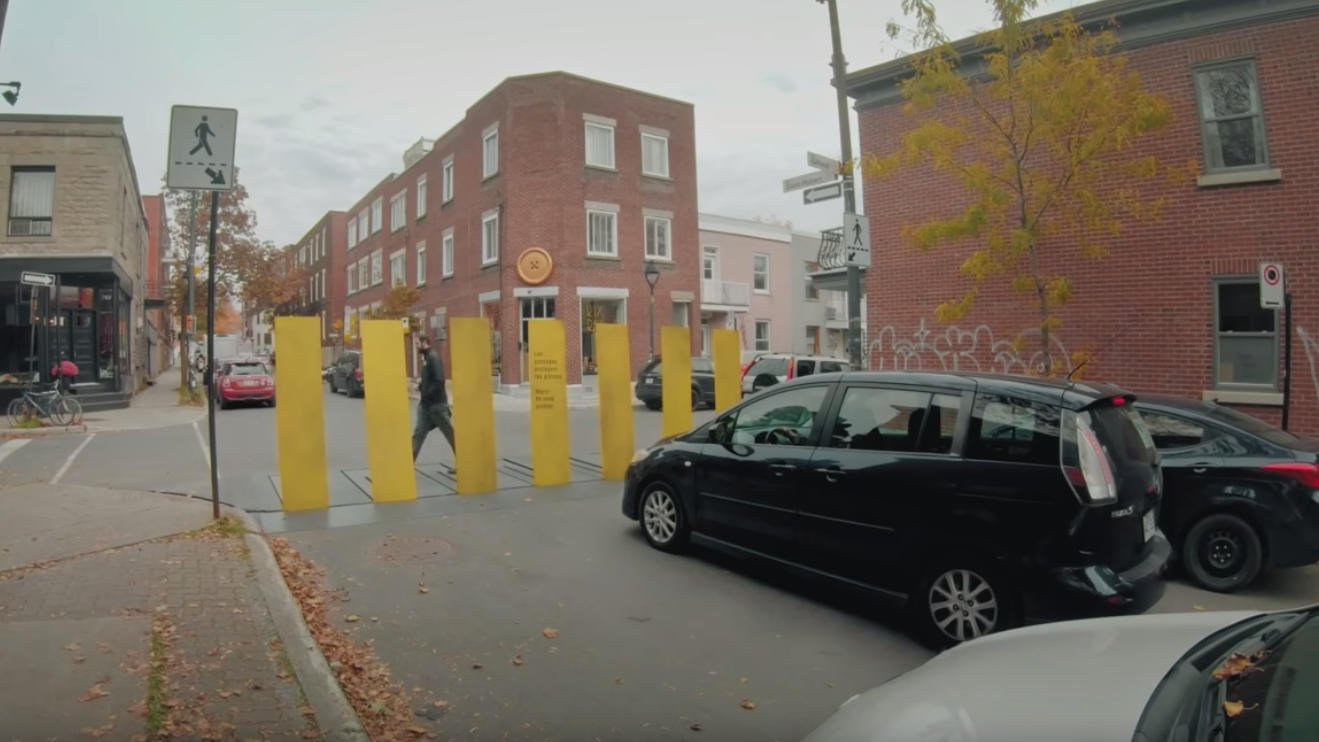 The government of Québec has launched a pedestrian safety campaign by pulling a clever stunt at a crossing.

In the short film, which has been posted on social media, pedestrians can be seen waiting at a designated crossing. At first, people can be seen getting annoyed at motorists who don’t stop to let them pass.

However, this particular crossing has been modified to raise in front of drivers to ensure they stop to let pedestrians cross. When the yellow bars are lifted, they display the message: “Les passages protègent les piétons. Merci de vous arrêter,” which loosely translates to mean “This crossing is for pedestrians. Thank you for stopping.”

The film is one of a number of videos created by the Société de l’Assurance Automobile Québec (the car insurance company of Québec), a division of the local government focused on road use, to raise awareness for pedestrian safety.

Other awareness films in this year’s road safety campaign include the message to drivers to ‘treat every pedestrian as if they were your mother’, as well as a film that reminds pedestrians that they should attempt to make eye contact with motorists before walking out in front of a car.