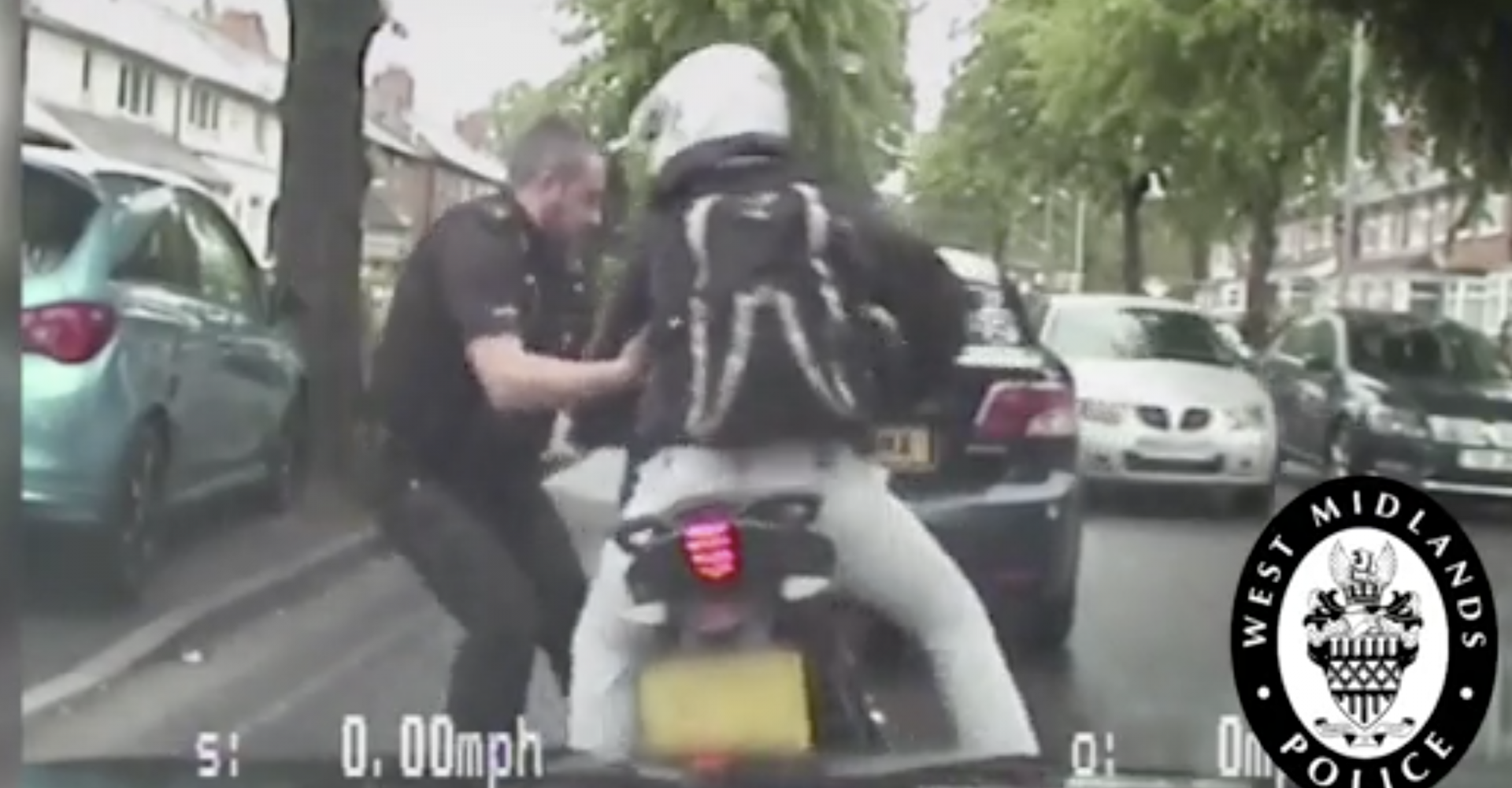 Riding around on a stolen motorbike is never a great idea — especially when police are nearby.

Well, one careless thief got his justice when a rapid-thinking PC spotted him on a bike that had been reported stolen.

PC Mitchell Darby showed no hesitation in hopping out of his patrol car and throwing the thief from the nicked KSR Moto GRS 125.

Officer Darby said: “The bike flagged up as being stolen but we didn’t want to risk not making the arrest.

“We did not know whether the rider would race off if he became aware we were officers.

“Once we came into stationary traffic I made the decision to quickly jump out of the car and managed to grab hold and arrest Hart.”