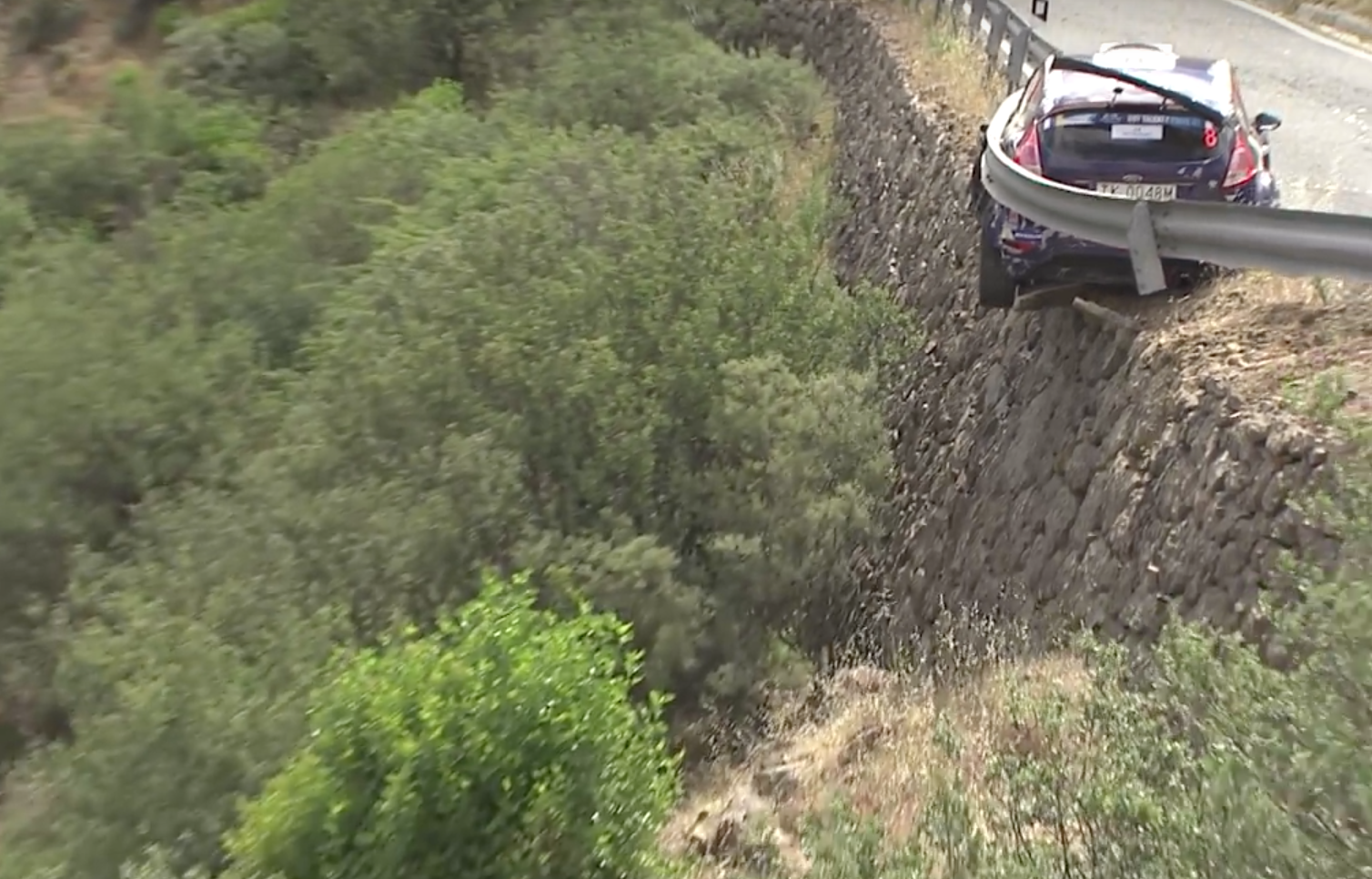 Mountain roads can be an awful lot of fun, but there is always that risk of getting it wrong and plummeting down said mountain into a valley, where your car ends up in a crumpled heap of unrecoverable trash.

Thankfully, many of those twisty pieces of tarmac come with a barrier around the edge, but some of you may think does it actually do anything in a crash?

Well, just ask Polish rally driver Tomasz Kasperczyk and co-driver Damian Syty after their rather scary incident during the Rally Islas Canaries round of the European Rally Championship.

While on Stage 1 of the rally, the pair’s Ford Fiesta R5 suffered a brakes failure and the souped-up hatchback careered into the metal Armco barrier at the side of the mountain pass.

Despite the speed at which the car was going, the barrier held firm just enough to prevent the pair from plunging into the valley below and serious injury.

Syty leapt out of the car and held up an ‘OK’ sign for the helicopter cameras to see, before Kasperczyk emerged holding both thumbs up.

You then see the stricken Fiesta dangling over the edge, but we’re just thankful the pair weren’t seriously hurt.

Here’s the full video of the incident.