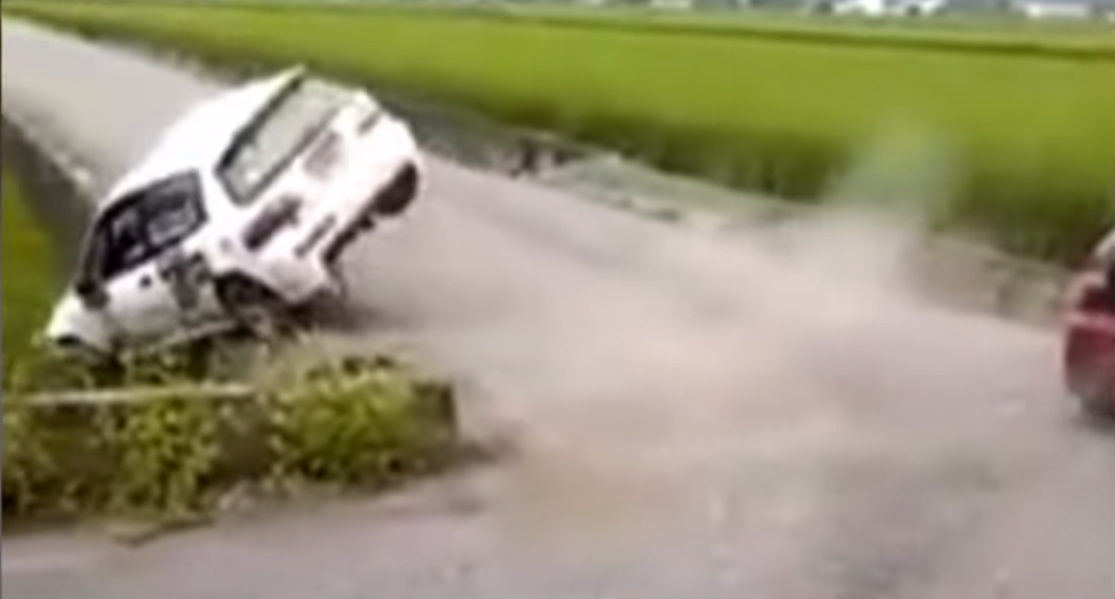 Crashes happen in rallies. It’s a fact, they’re just going to come along at some point.

But when a car stops and spectators slow down oncoming cars, it doesn’t usually seem like a crash is going to be imminent. However, that’s exactly what happened to this unfortunate driver.

Slowing down for the crashed car, the driver in the Civic gives it just a little too much gas while moving around the stricken vehicle.

With a screech of tyres he’s gone, clipping a wall on the apex of the corner and tumbling down a ditch on the side of the road.

It’s the most ridiculous, low speed crash we’ve seen in a while. See it in full here…