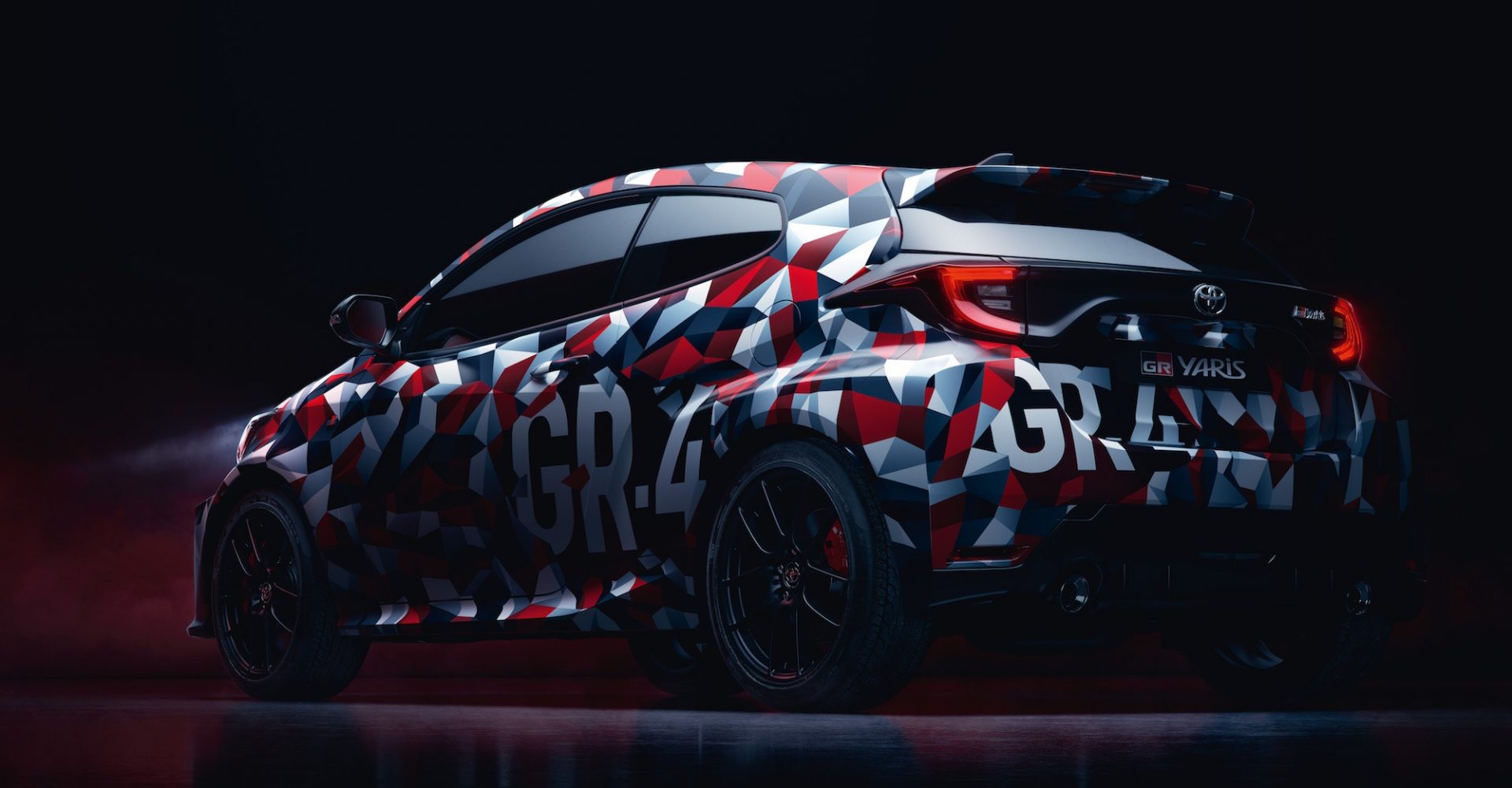 Said to be ‘rally-inspired’, this new model is all but confirmed to serve as a homologation production car to the Japanese firm’s World Rally Championship contender for 2020 onwards.

A new teaser image gives the clearest look at the car yet, which retains the overall silhouette of the recently revealed Yaris — though sporting hugely blistered wheel arches, an aggressive bodywork package and large alloy wheels. A dual-exit exhaust system is also visible, though heavy camouflage masks most of the car’s design.

No mechanical details have been revealed on the car, but it’s likely to use a four-wheel-drive system, with power expected to be sourced from a high-output turbocharged petrol engine.

It will be the second road-going series production car developed by Gazoo Racing, following on from the new Supra. It has previous in Europe with the outgoing Yaris, creating a limited-edition GRMN hot hatch, though that was restricted to 400 units across the continent.

Last week, a short video gave a glimpse of a prototype car driving on a gravel surface with a brief audio sample of its engine sound. It’s unclear how close to production-spec this car was though, as the mud flaps and multi-surface tyres that were visible in that teaser are not included on the latest shot.

Expect full details on the Toyota GR Yaris following its reveal at the Tokyo Auto Salon, taking place from January 10 to 12.