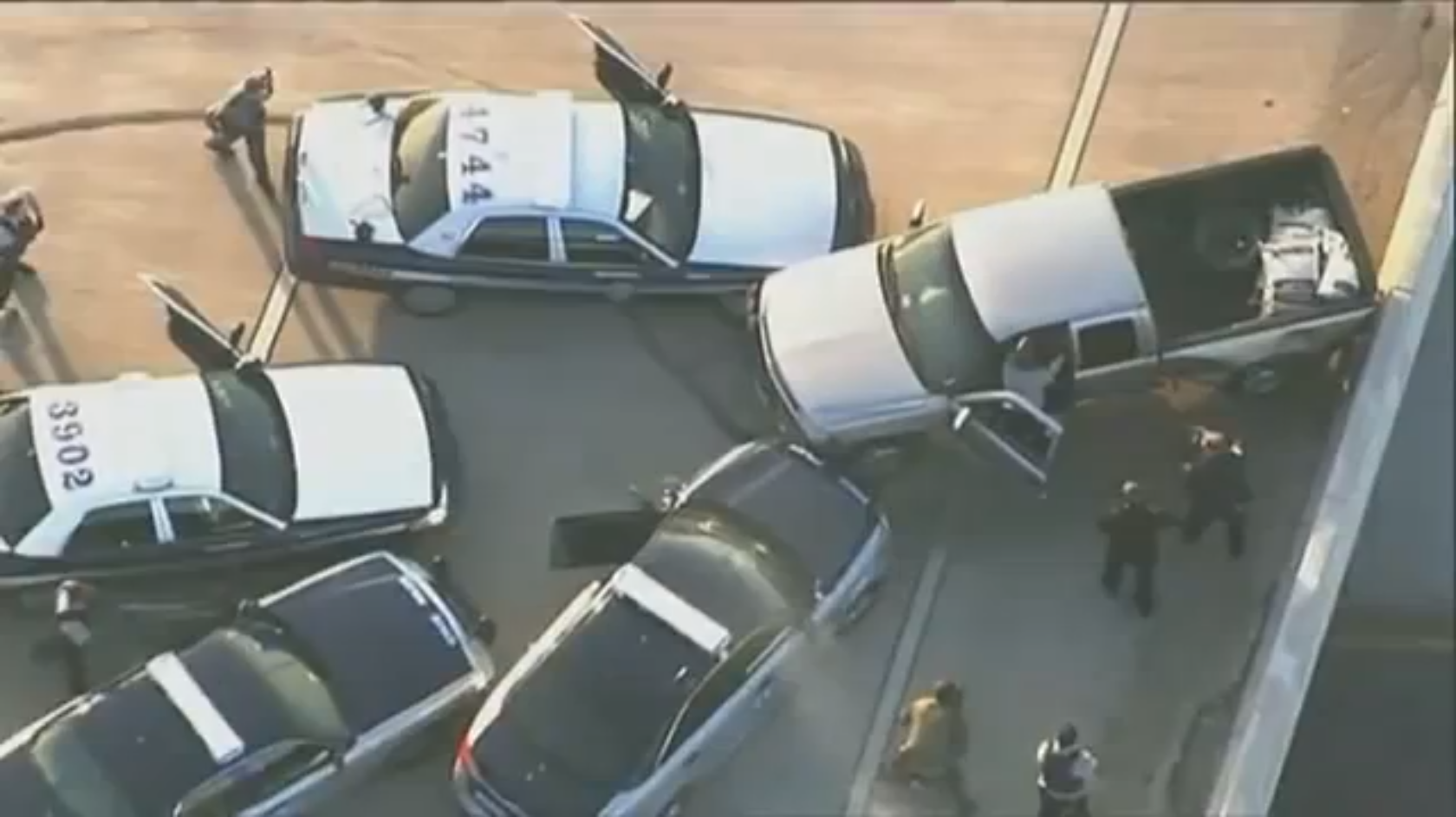 We feel for UK traffic cops. They have to follow a 367-point checklist before they can even think about starting a car chase.

Our friends in the US, however, have no such problems. If they sense that a driver hasn’t switched off their indicator quickly enough out come the guns and the SWAT teams. Or something like that.

However, US cops do have some pretty unhinged drivers to deal with. Like this guy. Holed up in his oversized pickup, this man fights his way through morning rush hour traffic with no fewer than eight police cars in tow.

Eventually caged by the mass of wailing police cars – after an impressive nearly-donut – the driver reverses into the highway wall, as the cops close in. Watch the action for yourself below:

Kudos to cop car #4695, for flinging the much heavier pickup into the wall, and ending this guy’s plans of escape.