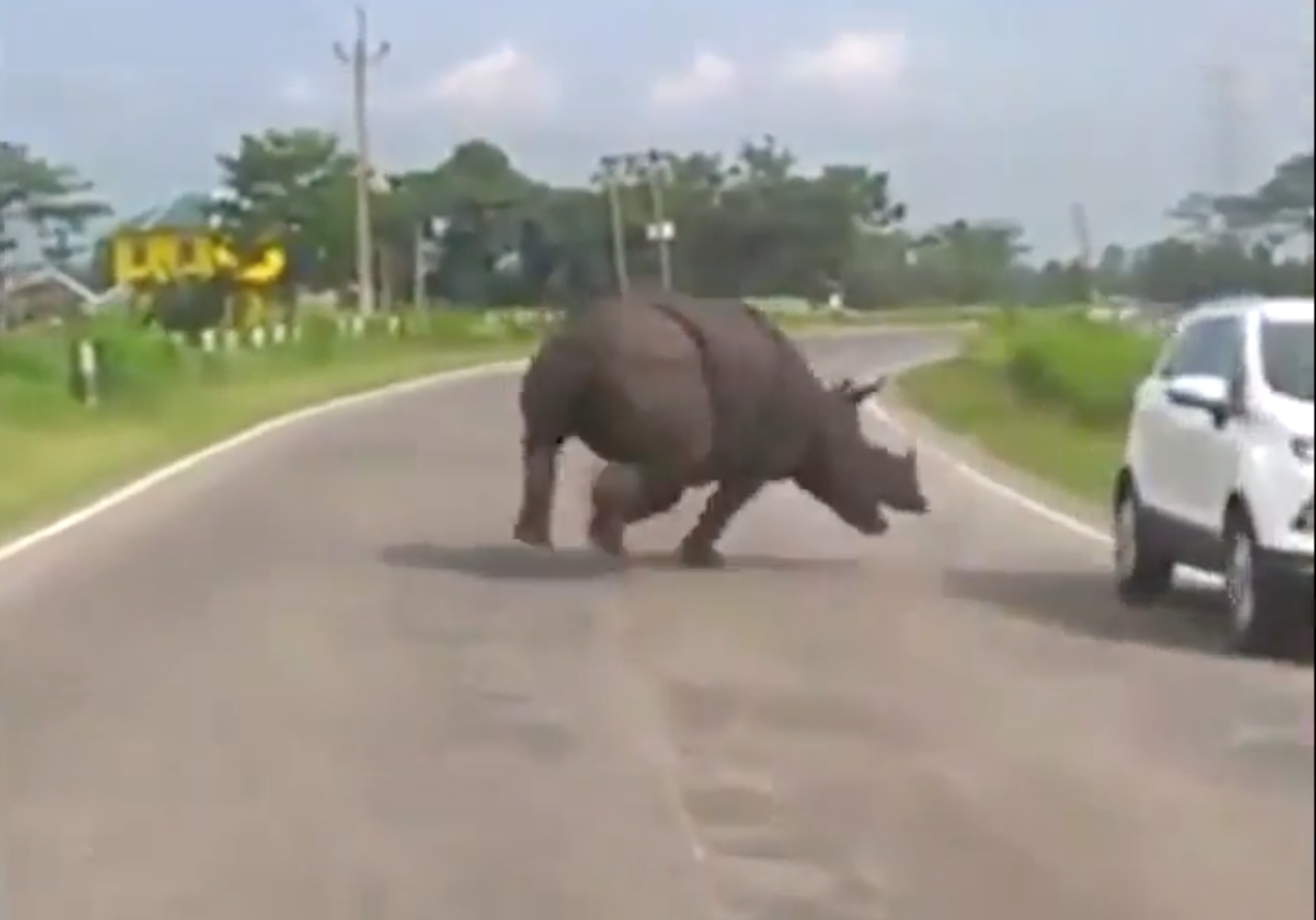 Who would win in a rhino/vehicle confrontation? The answer is probably obvious – as these drivers in India demonstrated when they found one charging towards them.

Caught on dashcam in the state of Assam, this greater one-horned rhino forced people to turn around and drive away rapidly.

It’s quite sad to see the rhino being forced out of its natural habitat and on to the roads, but we can’t help thinking it’s quite funny seeing people panic while a two-tonne animal charges at their cars – even if it is a herbivore.

The in-car commentary is also pretty funny, with one occupant dazzling everyone with their knowledge of animals by identifying the huge beast as a rhino. How could you not tell it’s a rhino, especially if you live in the same area?