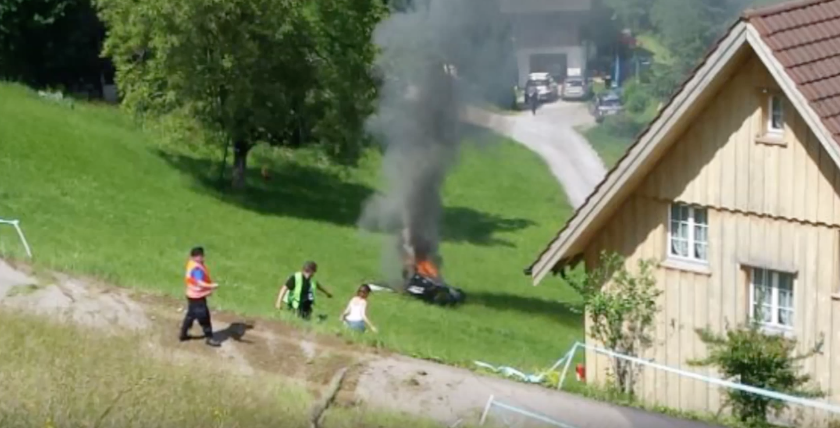 Grand Tour presenter Richard Hammond had a lucky escape in a fiery accident while filming at the weekend.

He was with fellow presenters James May and Jeremy Clarkson at the Hemburg Hillclimb, south of St Gallen, in Switzerland for what had already been a difficult shoot for the crew, as they’d been forced to hunt on social media for spare parts for the electric Rimac Concept One supercar.

Cash waiting for anyone who can get one of these to southern Switzerland asap.
Serious request from the Grand Tour pic.twitter.com/wqUJtTzwPh

The former Top Gear star crashed it after the finish line, seemingly losing control while braking into a left-hand bend. The vehicle, worth £2 million, flipped as it left the road, catching fire after landing. Miraculously, he had already escaped from the vehicle before it set alight and suffered just a broken knee.

And the plucky Hamster tweeted about it in characteristic style from his hospital bed:

Of course, it’s not the first time Hammond has had a bad accident while driving high-performance vehicles for TV. In 2006, he crashed a jet-powered Vampire dragster during filming for Top Gear. Although the incident left the presenter with serious head injuries, he managed to make a full recovery and returned to the show in early 2007. We’re sending Richard our best wishes after this latest incident and hope that he gets well soon.