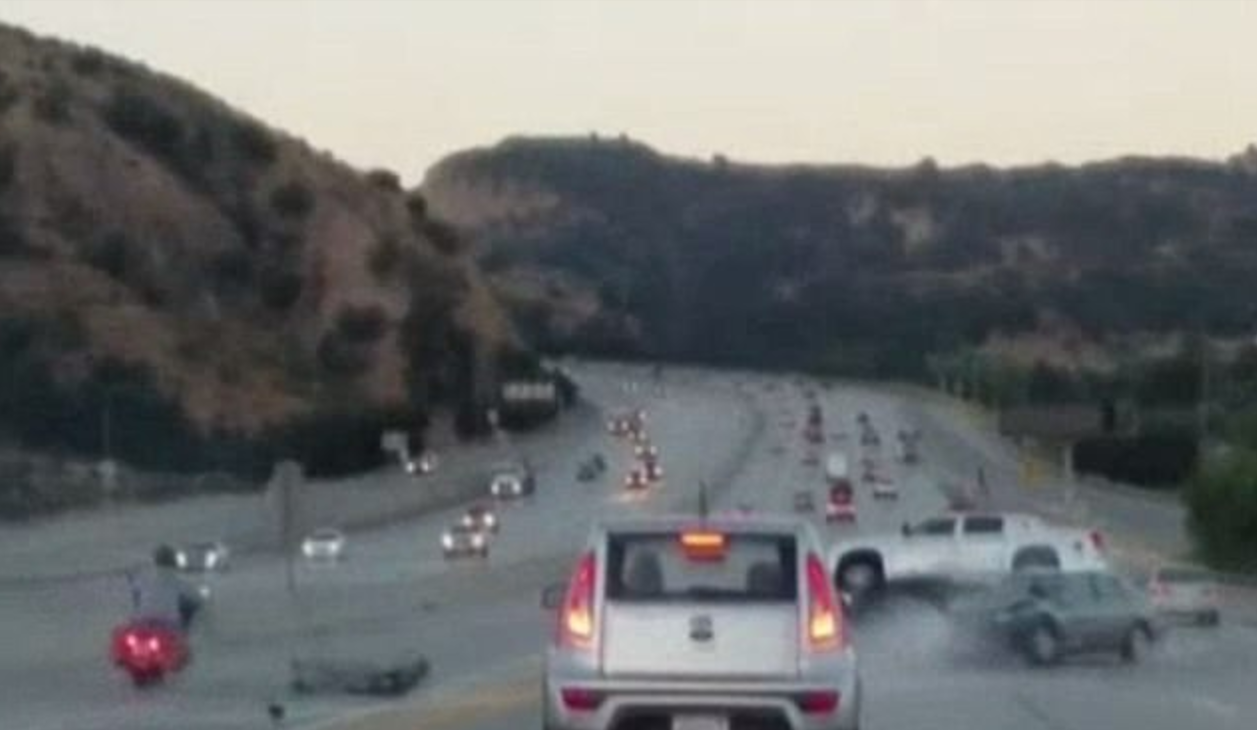 Sometimes, other road users can do things that really wind you up. However, if you ever wanted a reason as to why you should keep your cool, the footage below is about as good as any.

It appears to show a biker setting off a massive chain-reaction car crash on a freeway in Santa Clarita, California, on Wednesday after kicking the door of another vehicle in a bout of road rage.

The silver car swerves directly into the biker just as he lunges out to kick its door. The driver then loses control of the vehicle and ploughs straight into the side of a white pick-up truck.

The impact was so fierce that the pick-up ended up on its roof and its elderly driver wound up in hospital.

Unbelievably, the biker didn’t stop at the scene and sped off into the distance. According to local news reports, California police are now investigating the crash as a hit and run and are trying to track down the biker.

See the horrifying incident unfold below. We just hope the driver of the white pick-up is okay.