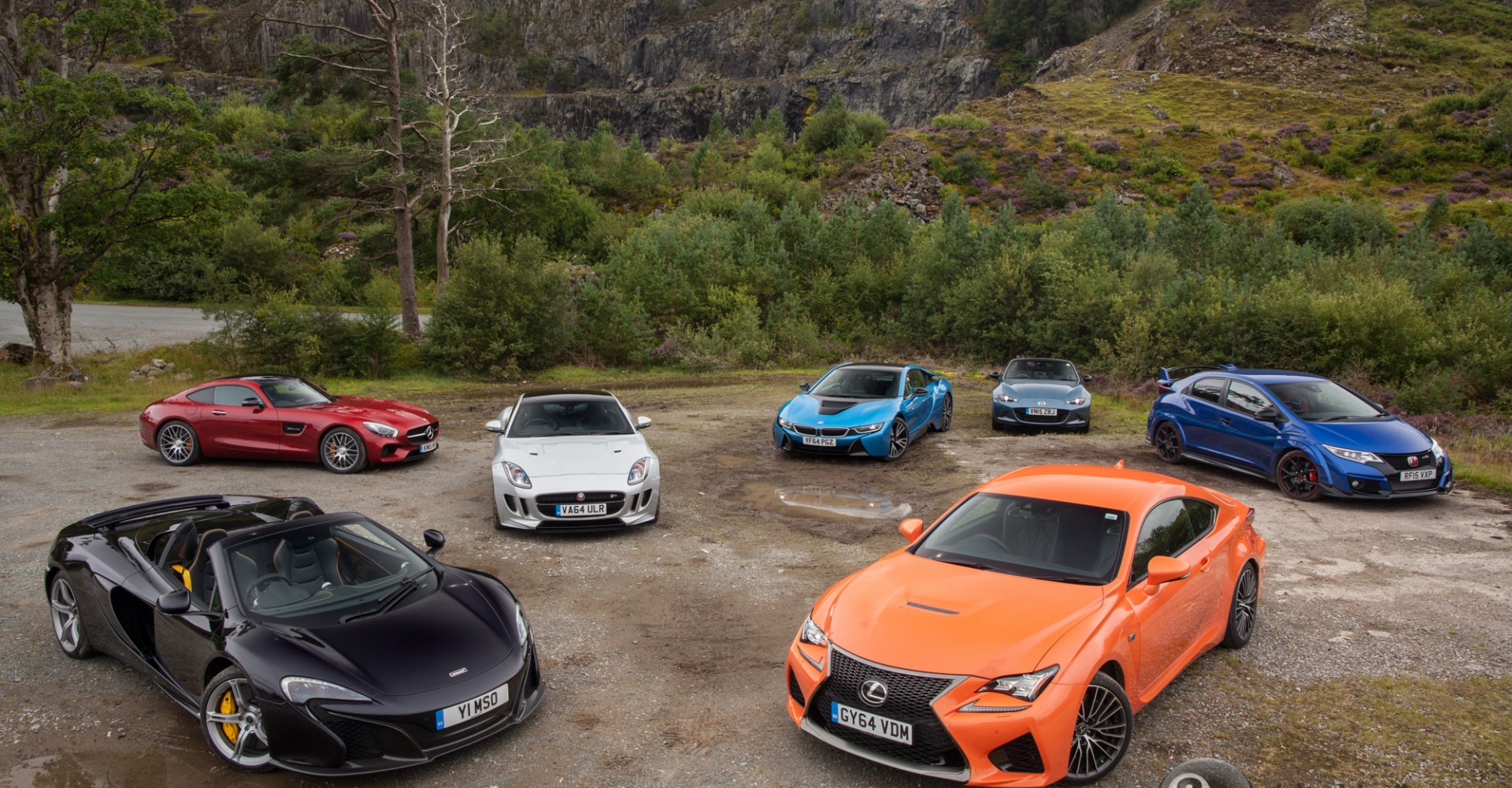 From the outside, our Road Test of the Year looks like just a lot of larking around in awesome cars – and you’d be right.

But in between the epic roads and needlessly wasting fuel, there is *some* work that has to be done too. 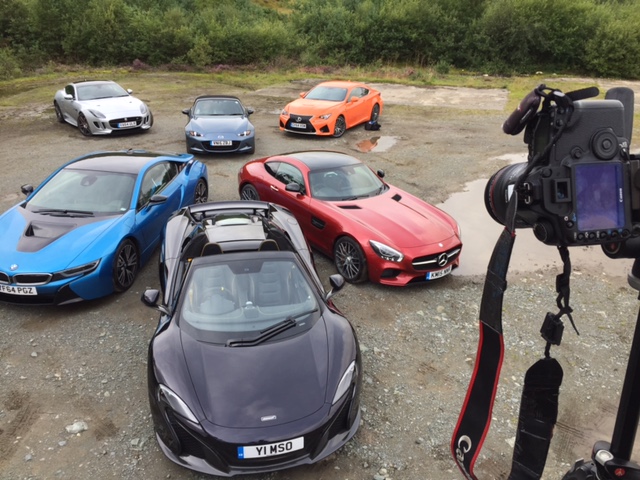 And by work we mean we need to drive around those epic roads and needlessly waste fuel while someone (Fleetwood) captures it all on camera. 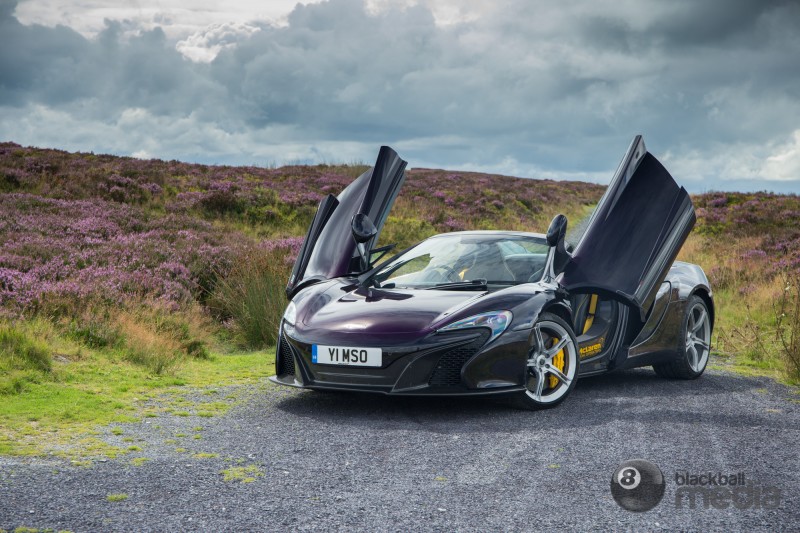 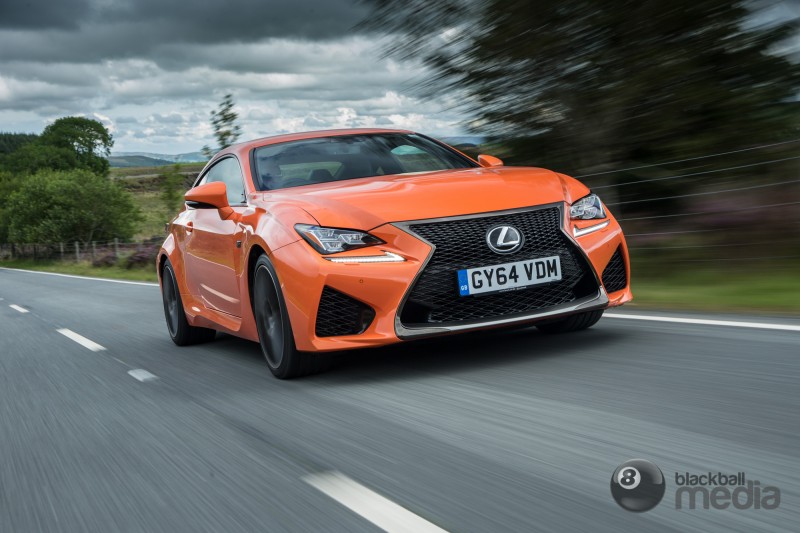 We started with a cover shoot in a grotty car park near Bala in North Wales. It was better than it sounded and the right size to spread out more than half a million pounds worth of metal. 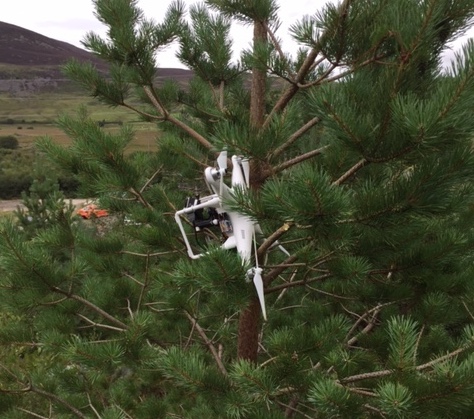 While climbing up a hill, with the drone in the sky, I slipped, landed on my backside and at the same time sent the flying camera copter into a nearby pine. Whoops.

Luckily the camera was rolling…

I have literally no idea why I forgot how to use words, but I clearly did when that happened.

With a cover shot for our sister publication Car Dealer in the bag and an opening spread nailed too, it was time for some action.

And by action I don’t just mean eating more Morrisons sandwiches and cold Starbucks cans of coffee. Although we did do quite a lot of that too.

Fleetwood bagged some tracking – which has turned out pretty well, as you can see – and some cornering shots too while Dan and I decided to climb a massive hill. This time I took the drone again and didn’t fall over. Good times. 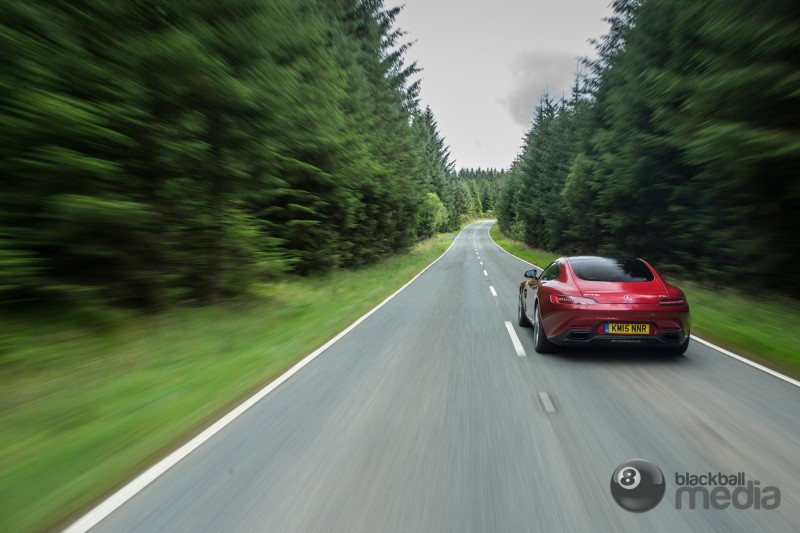 Car wise I’ve spent much of my time on the road in the McLaren. Stretching the 650S to edge of its rev counter sends shivers down the spine as the rapid gearbox fires through the ratios. It’s insanely quick. Utterly bonkers. 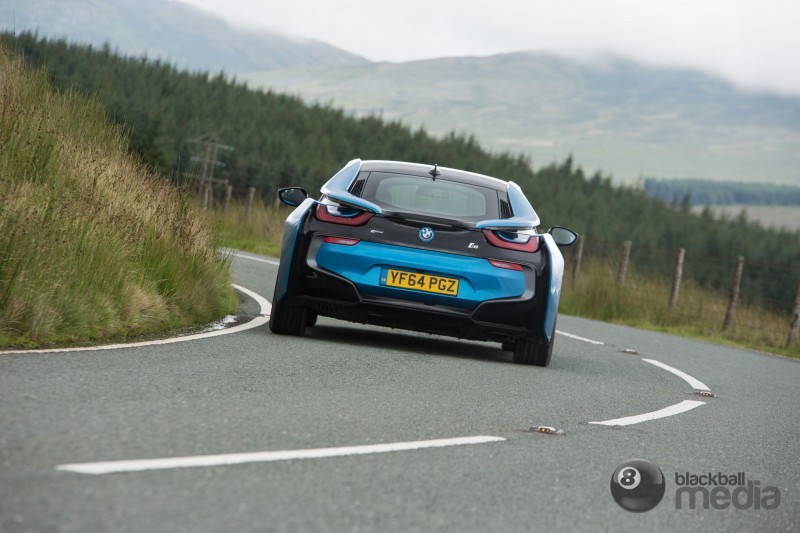 Meanwhile the BMW i8 has finally arrived. It was on duty back at the office and turned up late last night. It completes our line-up nicely with its futuristic looks. 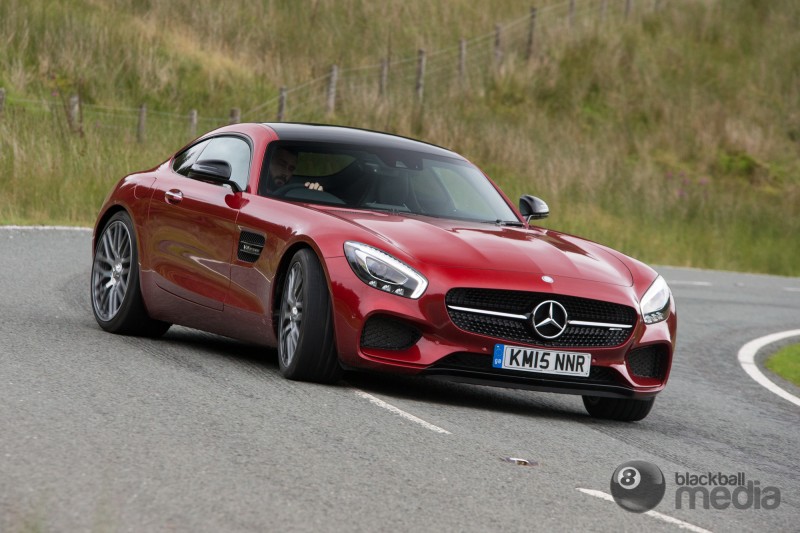 I’ve had another good go in the Mercedes AMG GT S today too. I’ve worked out putting the settings in Track mode makes it a different beast – it feels even more alive, even harder and even more focussed.

I think it just about wins in the sound stakes too. Listen to these three V8s and tell me it’s not the Mercedes that you want to drive home…

Everyone else has been enjoying their drives just as much as I have. 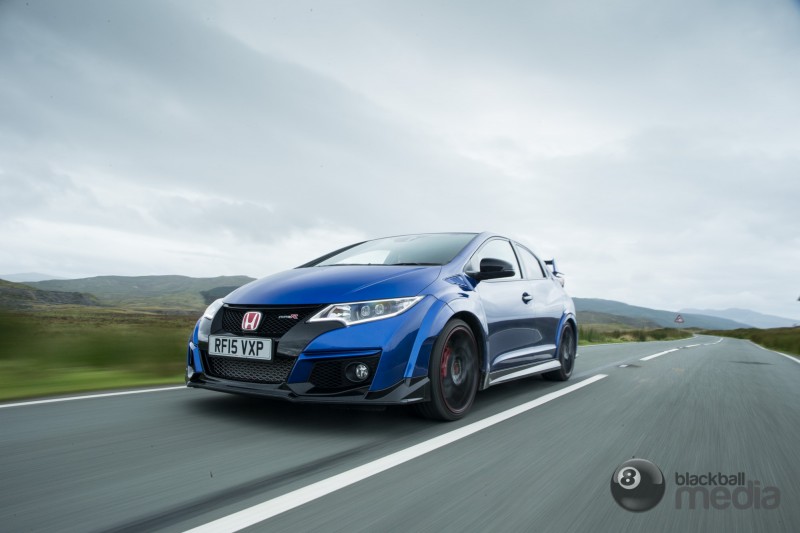 The Civic Type R is getting a lot of love. And, you know, the looks are even growing on me. And I never thought I’d say that…

Over a pub dinner and beer last night we got around to a heated debate about what we’d all take home. The Jaguar F-Type was at the top of most people’s lists. 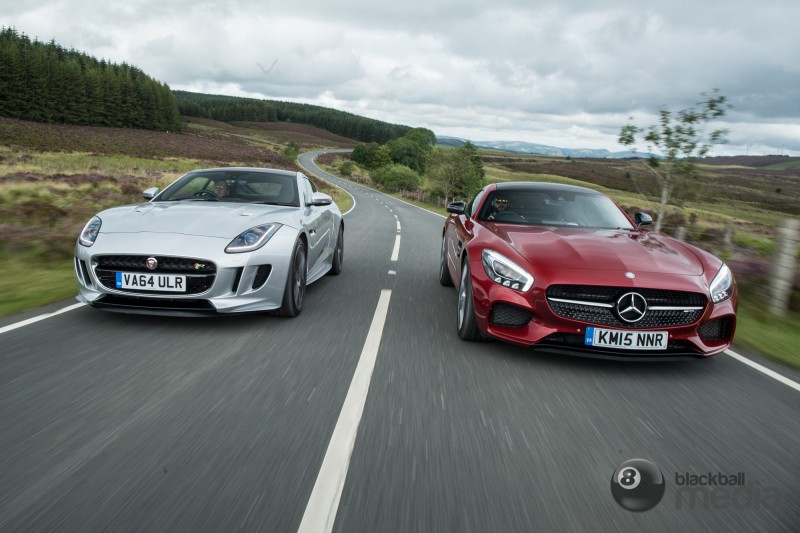 I find it hard to look past the McLaren – sucker that I am for big speeds and dramatic looks – but the AMG GT S is a close second. I absolutely love the styling and the noise. It’s a job well done from Merc. The Beemer wasn’t here yesterday so didn’t register in the debate/heated argument, but I reckon tonight’s beverage discussions might be a little different. It’s so other worldly and odd, but at the same time so brilliantly accomplished, that the i8 really is very hard to look past indeed.

Read more Road Test of the Year blogs by clicking the links below: