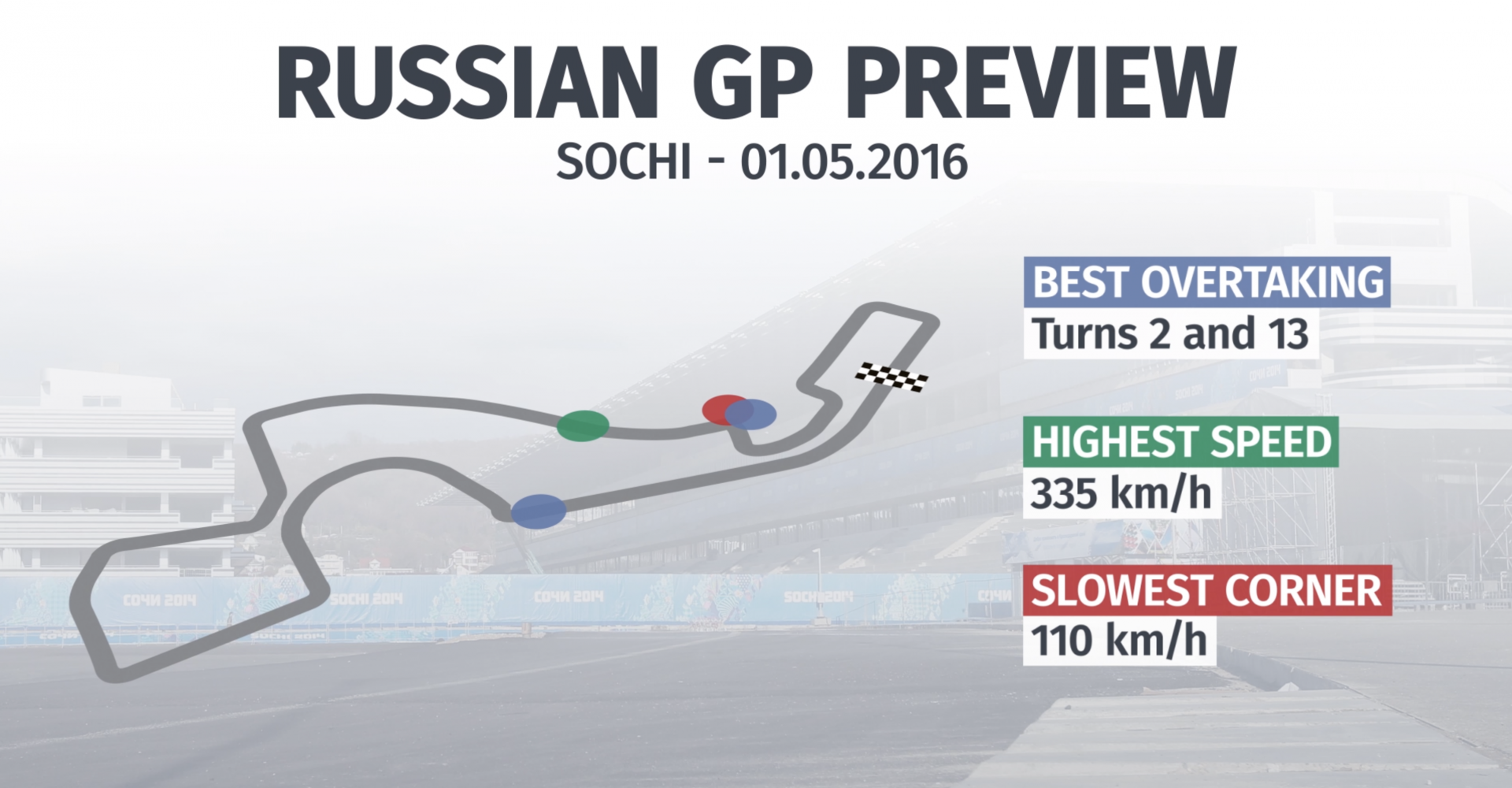 Lewis Hamilton won the last two Russian grands prix, but is entering this weekend 36 points behind his Mercedes teammate.

Hamilton has admitted that this race he’s got to turn his fortunes around if he’s got any chance of beating Nico Rosberg to the championship trophy. Not only that, but Red Bull Racing driver Daniel Riccardo is only three points behind him in the standings.

Hamilton told BBC Sport: “Of course there is an urgency. I can’t really afford to fall any further back than that.”

So far in free practice, Rosberg has topped the first session while Hamilton went fastest in the second.

Here, in our special video, you can get all the facts about the race in Sochi. Watch the race at 1pm on Sunday to see which Mercedes will come out on top…