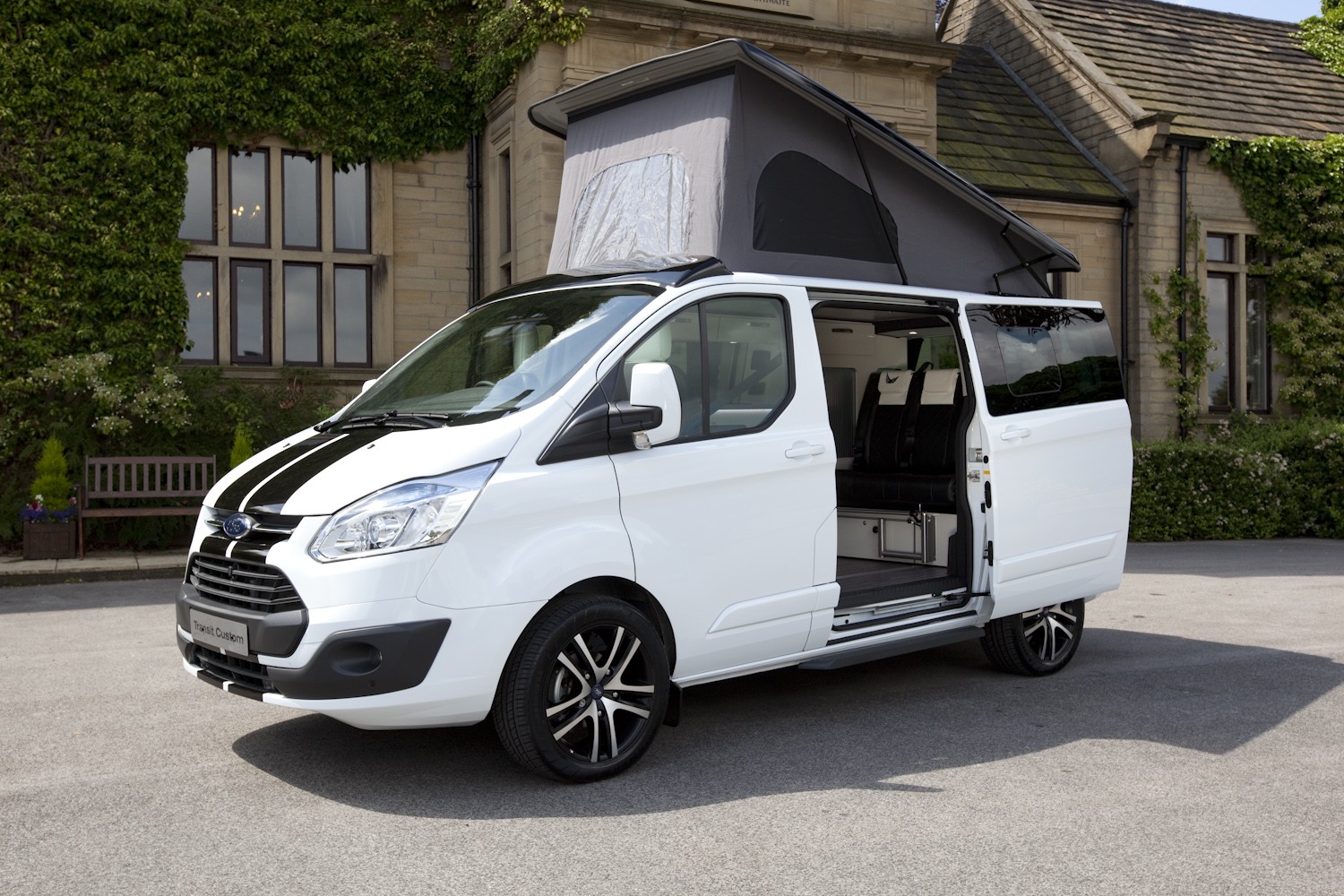 Can you see that massive yellow thing in the sky? That’s called the sun and occasionally it decides to show its face in this country so we can all replace much-depleted Vitamin D supplies.

But what’s this? Every hotel, B&B and hostel in the country has jacked-up its prices just because it’s summer. The cretins.

This evil display of capitalism is the reason people have turned to the trusty campervan in order to beat the crowds and avoid paying the eye-watering prices, yet remain distinctly more comfortable than tent-dwellers.

Oh, and campervans are most definitely ten-times cooler than caravans. Caravans are rubbish and should be blown up at every opportunity.

So have a look at our list of the coolest camper vans below available to man and then hit the road.

Things don’t get much better than the T5 Cali’, what with its laid-back driving manner, space to sleep four adults and built-in kitchen. It’s a piece of design genius, with picnic tables that pop out of the doors, seats that stow into the headliner and even a safe for valuables. Hook it up to an electric supply and you have a Premier Inn on wheels. 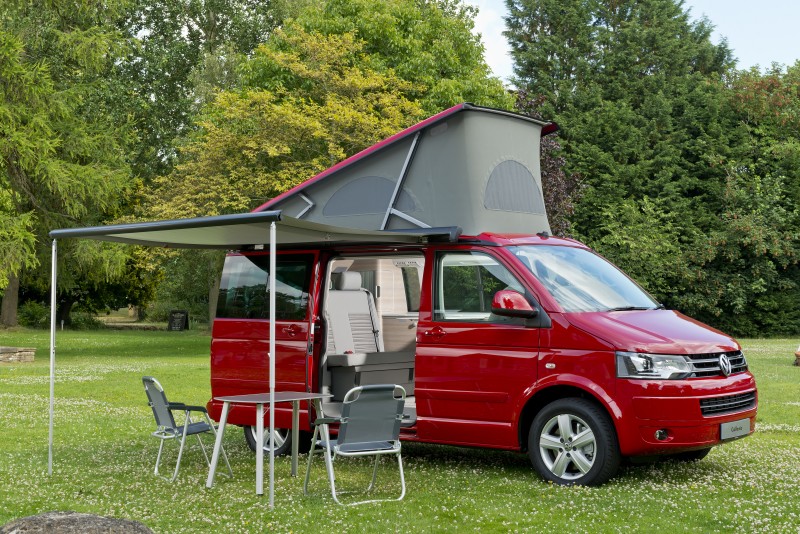 Merc has taken a V-Class van and given it the Pimp My Ride treatment, adding two comfortable double beds, fold-down tables fit for business meetings and a kitchen that wouldn’t look out of place in an Essex show home. It’s also packed with ace safety features and driving aids, such as Attention Assist and optional 360-degree cameras. It is gunning for the VW California in terms of price but is arguably even more exclusive. 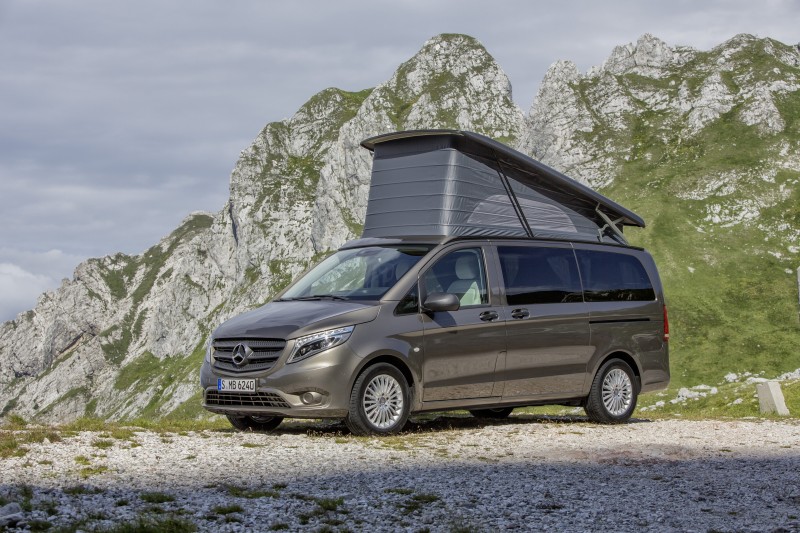 This is no white van man’s daily hack; it’s a state of the art campervan for those who can’t bear kipping in a sleeping bag. Inside, there’s gloss leather upholstery, an electric step to help you clamber in and out and a 95w solar panel to power interior gadgets. It will comfortably sleep four and can be specified with an interior grill and colour-coded awning to extend the party outside.

If the VW California isn’t quite man enough for you, try the Doubleback conversion from Danbury Motors. It adds a neat sliding pod to the rear, which extends the living quarters so occupants can enjoy a bedroom as well as a living room. The roof electronically lifts to reveal a second bedroom, while the front chairs swivel for games of poker, drinking competitions and other camping capers. 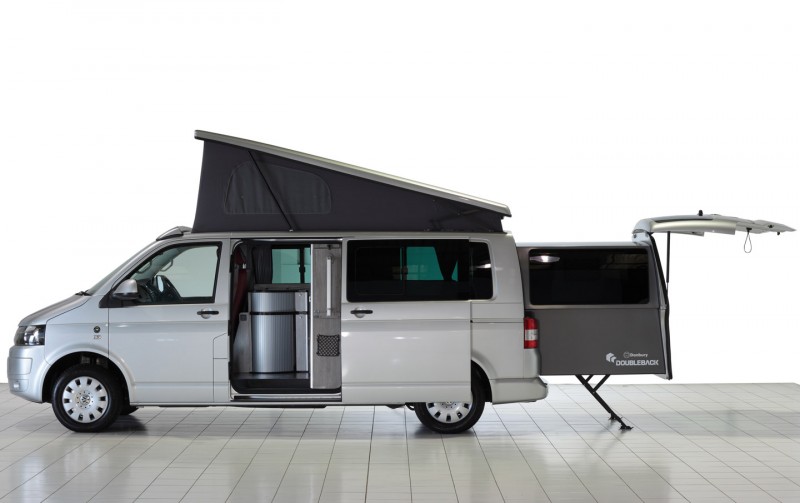 Imagine turning up to your local campsite in one of Newell’s VIP juggernauts, the look on fellow camper’s faces would be priceless. However, it’s wrong to call a Newell Coach a campervan because it’s really a motorhome, but it’s one of the finest motorhomes money can buy. At 45-feet long, it packs in some serious luxurious touches, including king-size beds, showers and a dishwasher. 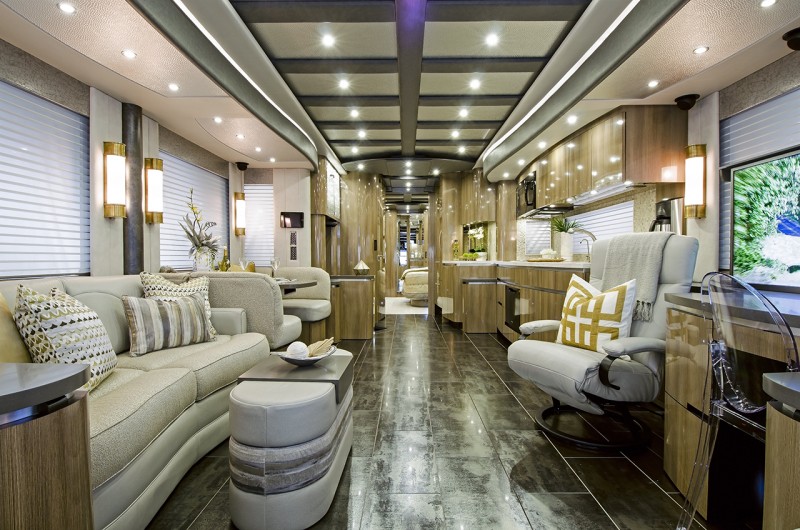 Ok, it’s getting a bit silly now, as this bizarrely-titled machine from Austrian coach builders Marchi Mobile is more akin to a luxurious hotel than it is a campervan. Inside, you’ll find marble countertops, a staircase that leads to the upper deck and a nightclub. Customers can even specify a Sky Lounge, which electronically rises from the top of the vehicle to create the ultimate drinking balcony.

Based on the practically bombproof Ford F-550 pick-up truck, the Earthroamer XV-LT will appeal to those who want to take their travels to extremely hard-to-reach places, like Scunthorpe. The massive rear cabin is large enough to comfortably sleep four people, while it also features a built-in shower, a kitchen and a toilet. Customers can also specify solar panels, generators and reserve fuel systems if they fancy travelling even further, perhaps to Hull. 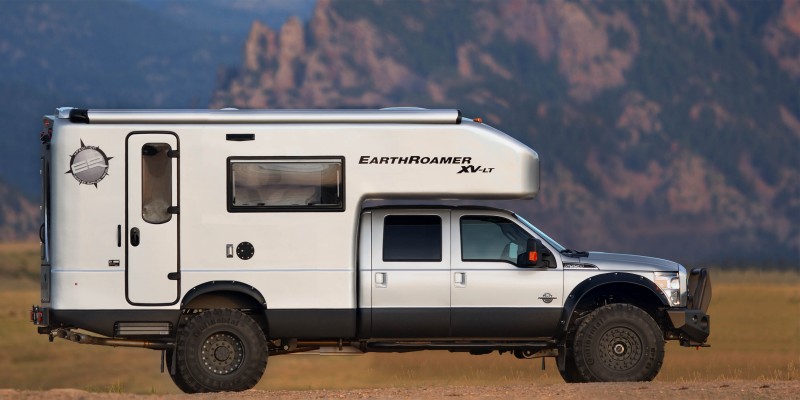 A campervan list isn’t complete without featuring one of the finest nameplates ever committed to a vehicle. Think of the Bongo Friendee (stop sniggering) as the Japanese Volkswagen Transporter. Most used examples feature an electronic pop-up roof, a kitchen and room enough to sleep four. Ok, so it’s no way near as cool as the Marchi Mobile EleMMent Palazzo but you don’t have to be a Lottery winner to own one. And it’s called a Mazda Bongo Friendee.