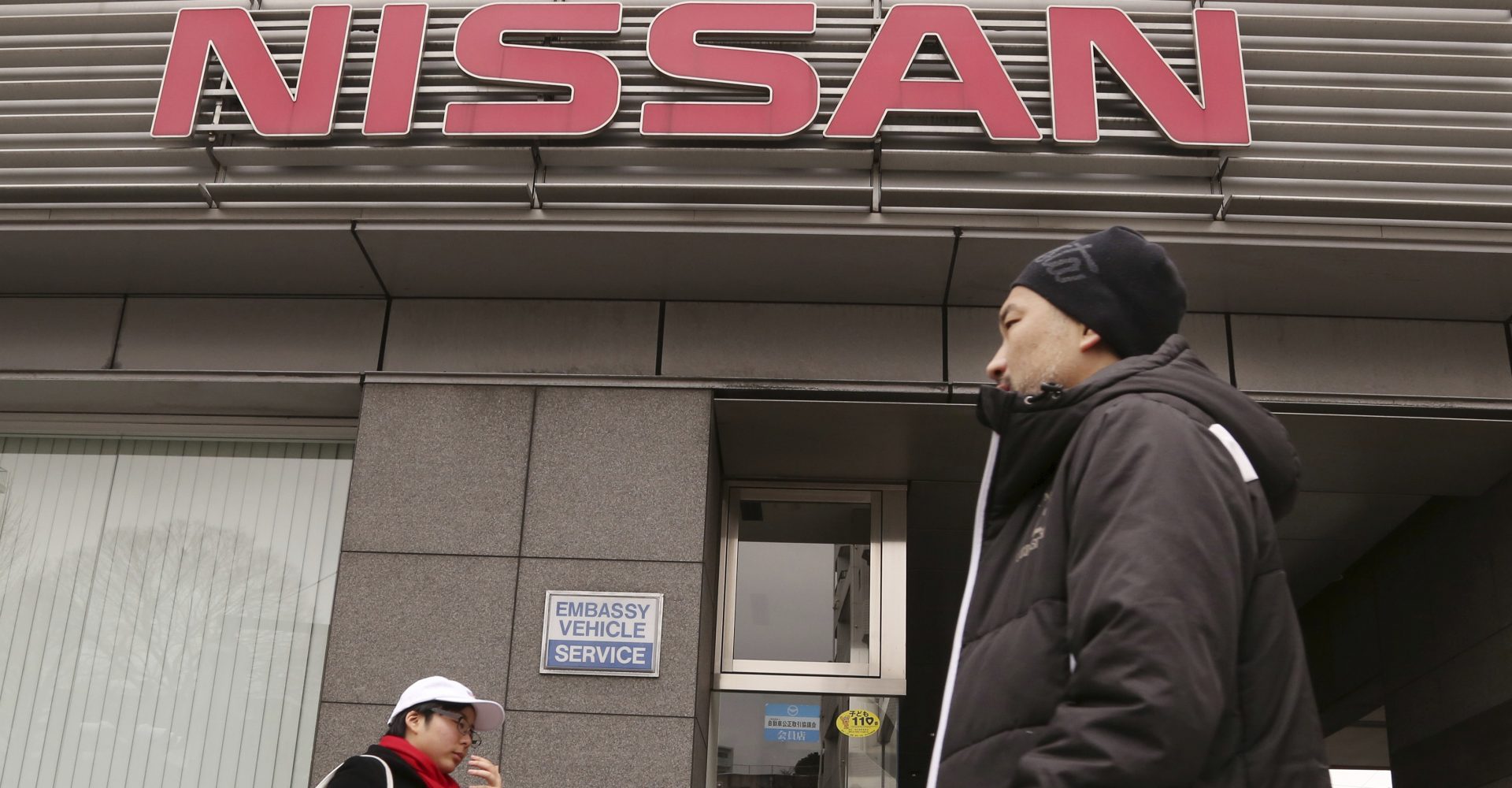 Nissan, reeling from a scandal over its former superstar executive Carlos Ghosn, sank into the red in the latest quarter as its vehicle sales fell around the world, and the Japanese carmaker slashed its profit forecast for the year.

Nissan Motor reported on Thursday a loss of 26 billion yen (£183 million) for October-December, a reversal from the 70 billion yen profit recorded a year earlier.

Quarterly sales slipped nearly 18% to 2.5 trillion yen (£17.7 billion), as Nissan’s vehicle sales fell in Japan, the US, Europe and China.

Chief executive Makoto Uchida told reporters at Nissan’s Yokohama headquarters that a turnaround plan was in place, with details to be released in May.

“The situation has worsened, but there is no moment to waste as we must keep investing in future products,” he said.

“We are headed in the right direction, but it will take time.”

He acknowledged Thursday’s results did not take into account possible damage from production halts in China caused by the new virus outbreak, and further downward revisions may be coming.

Nissan’s plants in China have halted, although preparations are underway to resume production later in the month.

But whether such restarts can happen remains uncertain, not just for Nissan but also other manufacturers in China.

Some production was being scaled back at Nissan’s Japan plants, although that was to be made up when the supply chain recovers, possibly next month, according to Nissan.

It now expects to sell 5.05 million vehicles globally for the fiscal year, a decrease of 4% from the previous forecast.

Shareholders will get zero yen in dividends for the latest quarter.

Nissan’s brand has been badly tarnished by Ghosn’s arrest in late 2018 on charges of under-reporting future compensation and of breach of trust in diverting company money for personal gain.

Ghosn, who has repeatedly said he is innocent, skipped bail late last year and is now in Lebanon.

He held a news conference and accused Nissan officials of a conspiracy against him.

He has said Nissan and some Japanese government officials sought to block his attempts to realise a fuller merger with alliance partner Renault SA of France.

Nissan has sought to distance itself from the allegations against Ghosn.

It filed a civil suit this week against him seeking damages and his lawyers have not yet commented on the suit.

In it, Nissan is accusing Ghosn of improperly using Nissan money for such things as overseas homes, use of corporate jets and consulting fees paid to Ghosn’s sister.

Nissan as a company must also stand trial in the criminal case in Japan.

Japan does not have an extradition treaty with Lebanon and so Ghosn’s trial likely will not go forward here.

Greg Kelly, an American former executive at Nissan who was implicated in the charges against Ghosn, will stand trial.

A date for the trial has not been set.

Ghosn has said he fled because he could not get a fair trial.

The conviction rate in Japan is higher than 99%.

Mr Uchida took over the helm of the manufacturer of the Leaf electric car, Infiniti luxury models and the X-Trail SUV in December, replacing Ghosn’s successor, Hiroto Saikawa.

Mr Saikawa tendered his resignation last year after acknowledging dubious income, although he said he did not know about the pay until later.