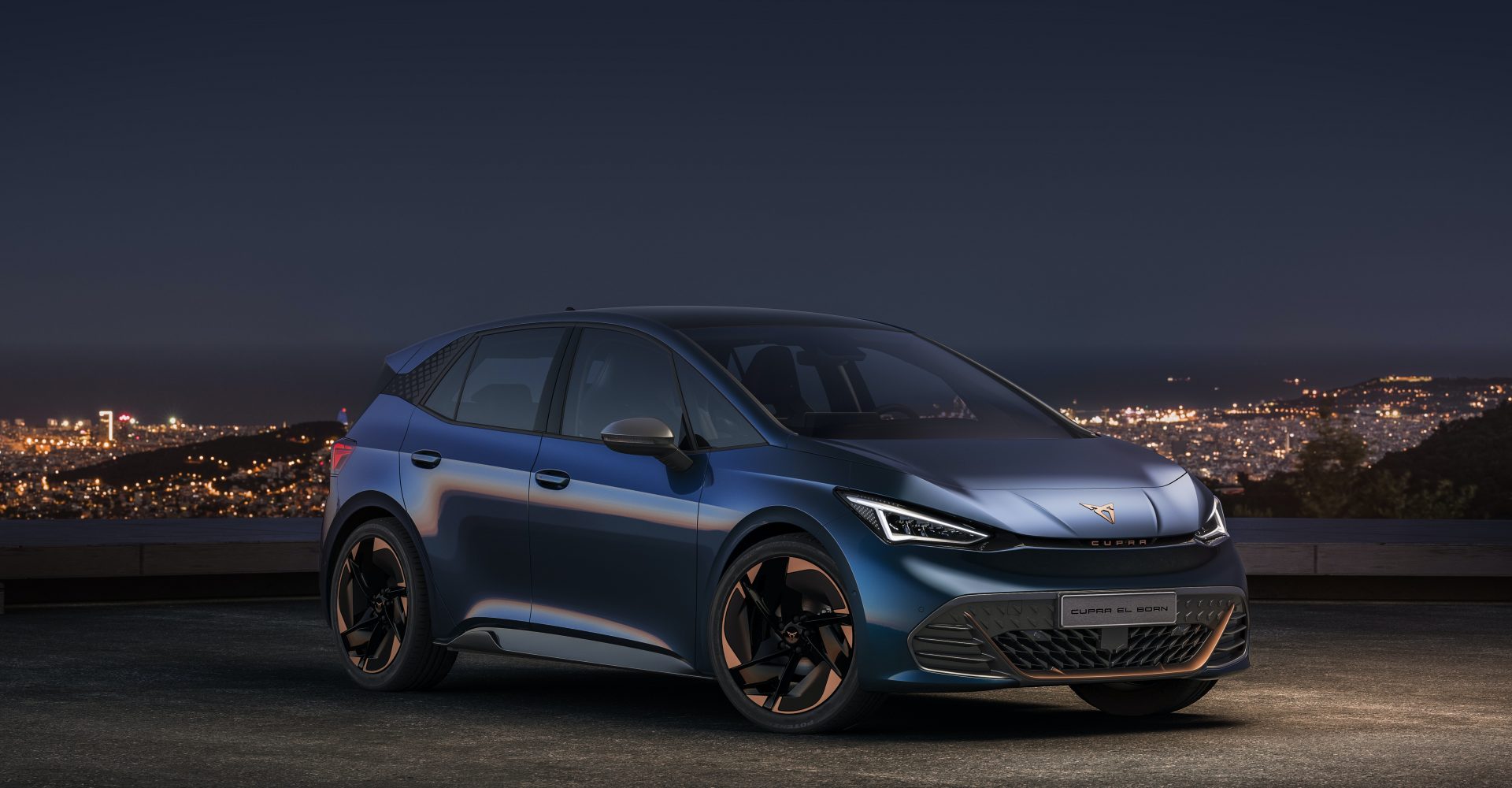 Cupra has unveiled its first production-ready EV with its new el-Born – a model that was originally meant to have a Seat badge on the bonnet.

First shown in concept form as the Seat el-Born at the 2019 Geneva Motor Show, the EV has since morphed into a Cupra – the Spanish firm’s separate performance brand.

Based on the VW Group’s MEB platform created specifically for electric cars, Cupra’s first EV is set to feature a large 82kWh battery enabling a range of 310 miles. Cupra says its rapid charging capabilities will mean 161 miles of charge can be added in just 30 minutes too.

While full performance details haven’t been revealed, the el-Born is likely to be available with several power outputs, with the top-spec version featuring the same 302bhp electric motor found in the upcoming Skoda Enyaq vRS, while Cupra says it will be able to sprint to 30mph in 2.9 seconds.

As with the original Seat concept, the el-Born gets aggressive exterior styling, along with sports bucket seats feature inside and a new sports steering wheel. Tech wise, it comes with an augmented reality head-up display and what Cupra calls ‘full connectivity’.

Cupra CEO Wayne Griffiths said: “Cupra el-Born displays all the genes of the Cupra brand and we have taken the original concept to the next level creating a new sporty and dynamic design and reengineering the technological content. Cupra el-Born is the living proof that performance and electrification are a great match.”

The new EV will be produced at the VW Group’s Zwickau plant in Germany, which is dedicated to just producing EVs, and is set to be launched in 2021.

Cupra split from Seat in 2018 to become its own performance brand, though so far has only produced hot versions of existing Seat models, with the Ateca and Leon. Its first bespoke model – the Forementor – is set to be launched at the end of this year with both plug-in hybrid and petrol derivatives