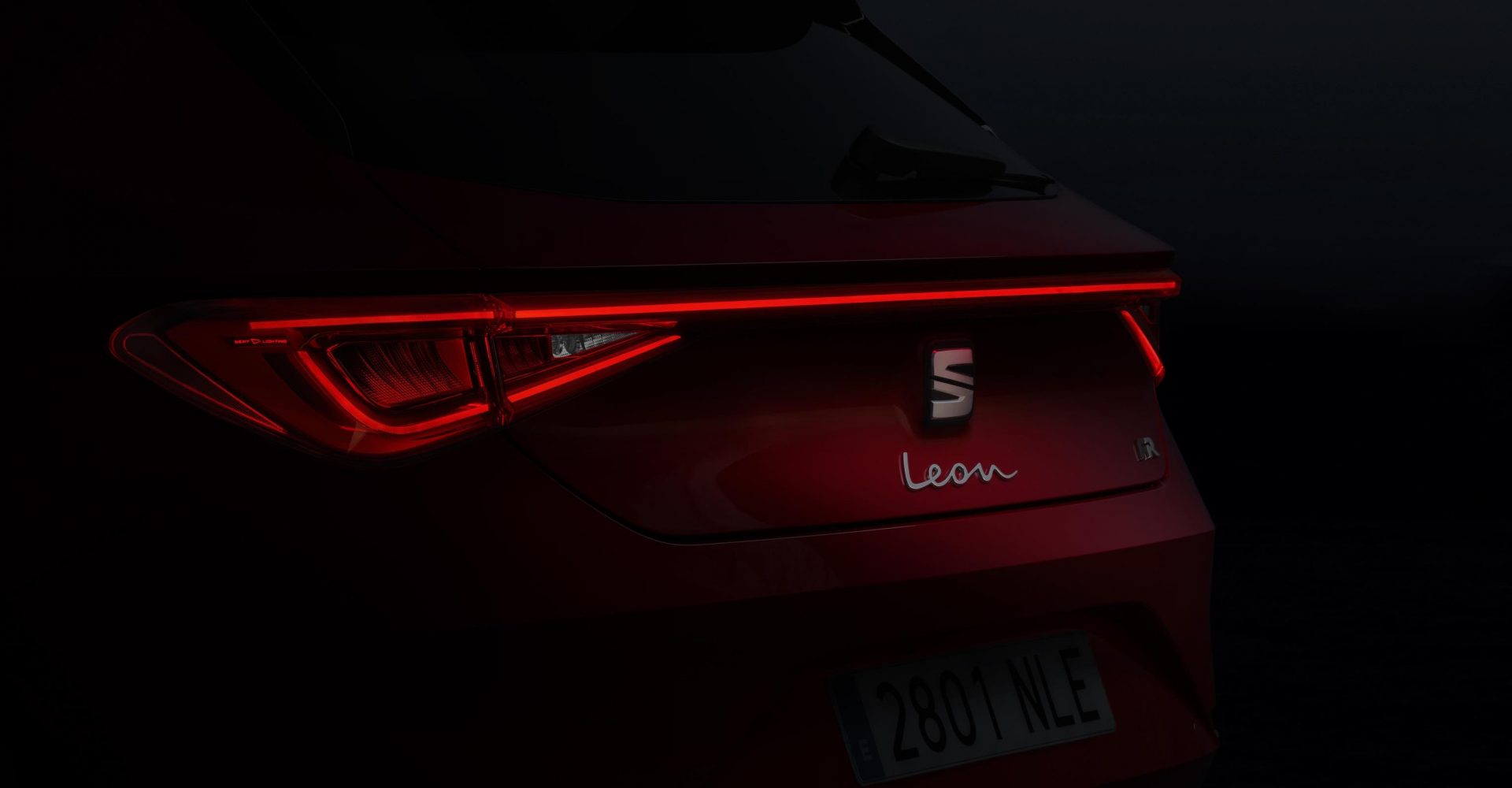 Seat has shared a teaser of its all-new Leon, giving a glimpse of the hatchback’s rear end.

In the image, it is clear that the Leon will sport the firm’s new signature rear light design, as seen on the Tarraco SUV, with a thin strip of light that surrounds the traditional cluster while also extending across the width of the bootlid.

While details about how the rest of the car will look remain thin on the ground, Seat does hint that the body work could feature even sharper styling than it is known for, to create ‘more shift in the light and colour tone across the body’.

It’s also expected to be bigger than the outgoing car, which should improve interior space and practicality, while LED lights will be fitted all-round.

Other teasers released last year show that the headlight design will likely remain similar to the outgoing model, but the interior could be overhauled with a large central touchscreen infotainment system dominating the dashboard.

Alejandro Mesonero-Romanos, Seat director of design, said: “The all-new Seat Leon has been designed by our team with courage, simplicity and executed with strength and determination.

“Simplicity because at Seat, we believe that most things can be said with just a few lines. Determination and strength because those are some of the attributes that make our cars recognisable seducing at first glance.”

The new Seat Leon, which has been designed, developed, and will be built at the firm’s Martorell facilities near Barcelona, will be fully revealed at 7pm GMT on Tuesday January 28.