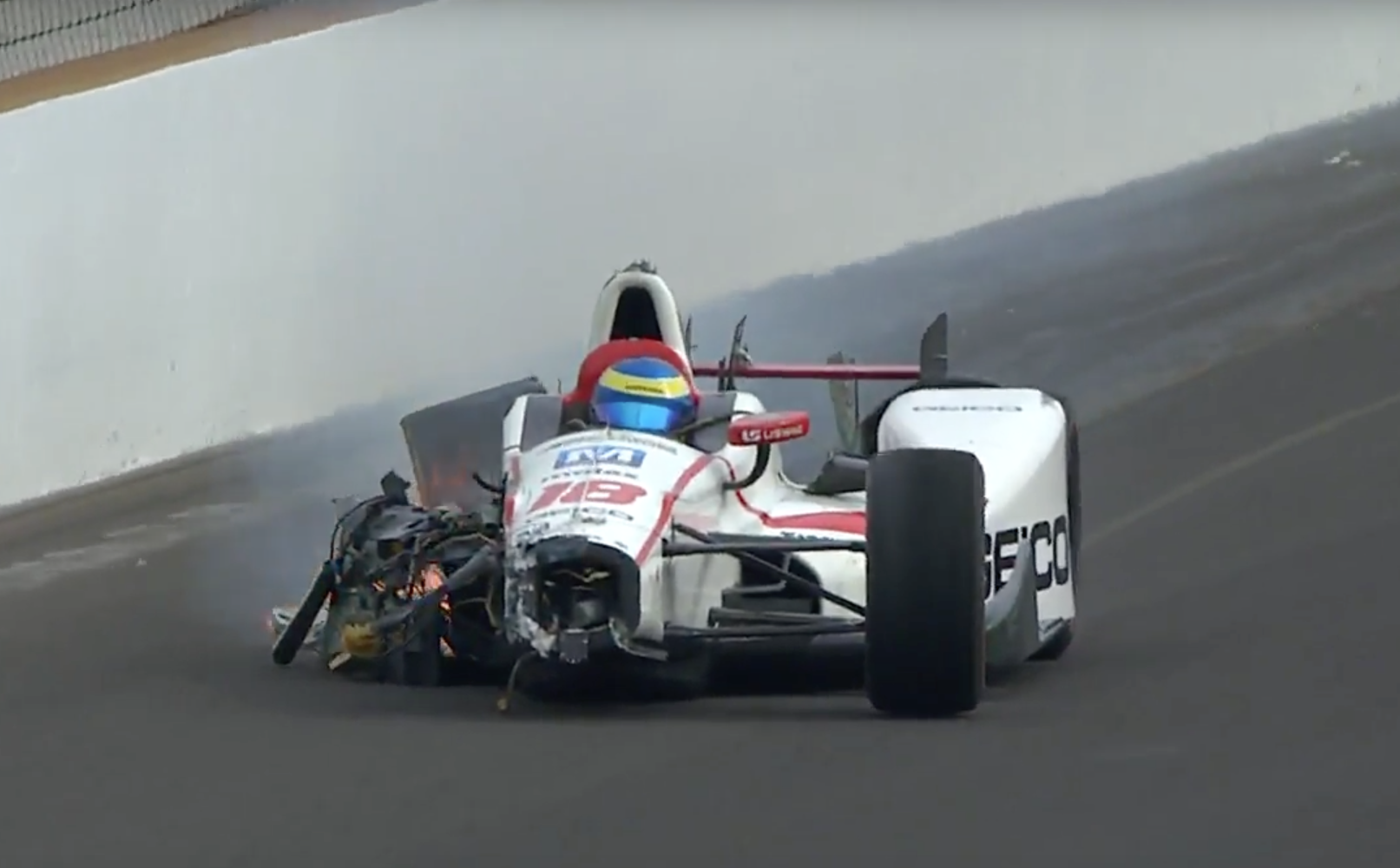 Bourdais was taking part in the Indianapolis 500 on Saturday, qualifying in his Dale Coyne Racing Honda entry, when the car began to slide at turn two, sending him into the wall.

The car burst into flames and rolled after the initial impact, but thankfully it came to a steady halt the right way up.

Bourdais, 38, who sustained multiple fractures to his pelvis and a broken hip, underwent surgery and is expected to miss the rest of the 2017 season.

He hit the wall at 227 miles per hour, with 100Gs of force reverberating through the car. Fortunately, the Indianapolis Motor Speedway makes use of the Safer (Steel And Foam Energy Reduction) barriers, which are designed to dissipate some of the energy in high-speed incidents, protecting the driver.

His pelvic injuries were most likely caused by the lap belts in the Dallara DW12 chassis, which prevented his body from being flung forward during the crash.

Bourdais had tweeted earlier in the day about how excited he was to have GEICO Racing as a sponsor, including a picture of the car in its full glory:

In a statement following his surgery, Bourdais said: ‘I want to thank everybody for the support and the messages. It’s going to take time, but I’m feeling pretty good since the surgery. I’ll be back at some point. Just don’t know when yet!’

The Frenchman also noted that ‘quite a few’ of his fellow drivers had dropped by since his crash, which can be seen in its full horror below.

James Davison is to replace him for the season, and in the meantime everyone here at SuperUnleaded hopes Bourdais gets well soon.