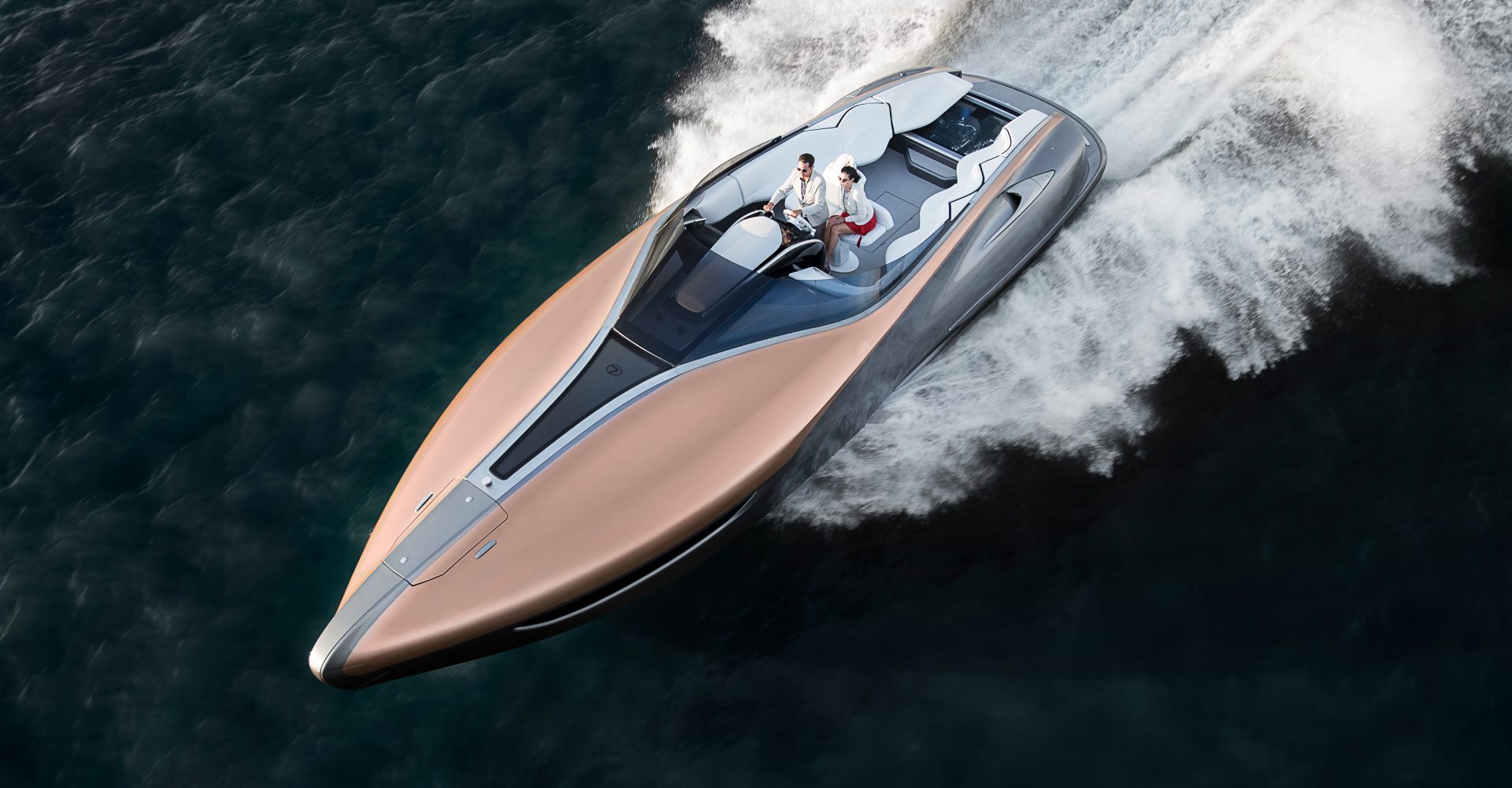 We’ve become accustomed to Lexus being a purveyor of luxury barges, but it’s rare to see the Japanese brand attached to an actual luxury barge.

Okay, maybe that’s a bit harsh, because what Lexus has actually come up with is less of a barge and more of a speedboat.

It was, apparently, the brainchild of Toyota boss Akio Toyoda (good name for the boss of Toyota, don’t you think?), who was out on the water testing the company’s marine diesel engines when he decided to find out what would happen if Lexus tried to build a boat.

This is what the design bods came up – the Sport Yacht Concept.

Power comes from two V8s – the same V8s you’ll find in RC Fs, by the way – and the 880 horsepower they combine to produce is enough to give the Sport Yacht Concept a top speed of 42.6 knots, or 49mph.

Now, we know that doesn’t sound like much when they build cars that will do three or four times that speed, but to misquote Sir Walter Scott, water is thicker than air. In comparison, the land speed record is 763mph – almost 2.5 times the water speed record of 318mph. So, using that logic, this is as big an achievement as building a hot hatchback.

It has all the toys you’d expect from a Lexus, too, including touchscreens, but it’s also equipped with seating for six, a kitchen and special occasional seats that fold from the captain’s chair for ‘special guests’.