For more than a century, Rolls-Royce has stood at the pinnacle of automotive luxury, and the newly revealed eighth-generation Phantom certainly continues this reputation.

There’s the usual combination of exceptional hand-built machinery and British eccentricity, but these are the six features on the Rolls-Royce Phantom VIII that really caught our attention.

Rolls-Royce has always been known for creating phenomenal engines, including the Merlin unit that was fitted to the greatest aeroplane of all time – the Supermarine Spitfire.

The Phantom follows this long-held tradition of exquisite powertrains by having as standard a brand new 6.75-litre twin-turbo V12. This extraordinary engine has a power output of 563bhp, and can even produce as much as 900Nm of torque at a mere 1,700rpm. This means that the car can achieve 0-60mph in a brisk 5.3 seconds.

Continuing on the theme of driving mechanics, the new Phantom has some more technological wizardry at its disposal.

The ZF eight-speed gearbox benefits from satellite-aided transmission, which makes its gear selection based on geographic location and the owner’s driving style. The Phantom VIII’s rather boxy body hides a very advanced aluminium spaceframe structure, making the car 30 per cent more rigid than its predecessor.

Rolls-Royce describes the result of the added lightness and stiffness as a “magic carpet ride”, saying that it brings a “whole new level” of comfort. Rolls-Royce has named the new Phantom’s dashboard “The Gallery”. The reason for this is customers can commission a personalised piece of artwork to be placed behind a large glass pane at the front of the car, on display for the driver and passengers to see.

The idea came from Giles Taylor, Rolls-Royce’s director of design. He explained that the Gallery turns something purely functional into a piece of art. Perhaps the most insane option on offer here is a gold-plated rendering of your DNA. 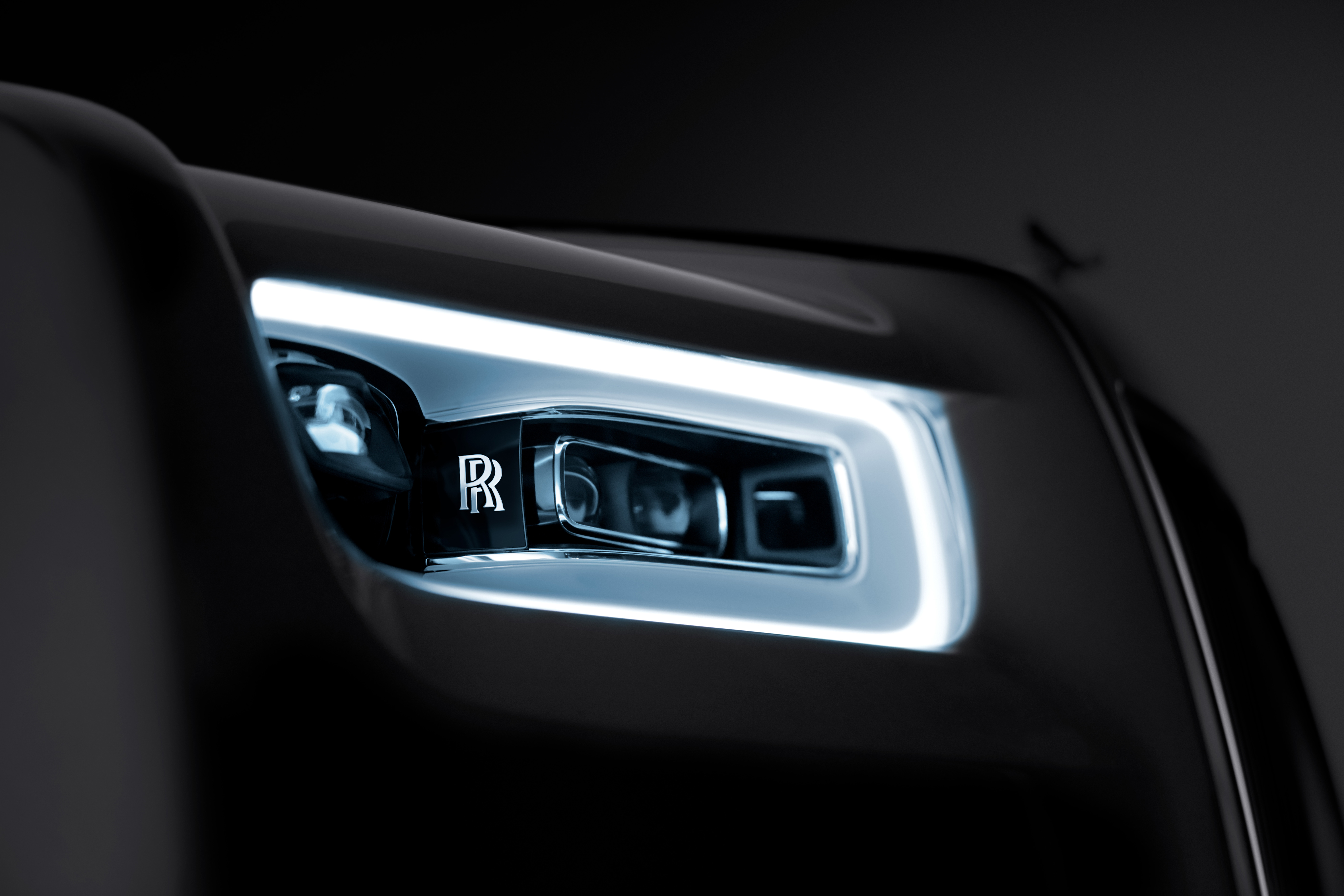 If you’re sick of excessively bright lights blinding you on night-time journeys, we’ve got some bad news, because Rolls-Royce is most definitely taking part in the ongoing headlight arms race between premium manufacturers.

As if night vision technology wasn’t enough, the Phantom VIII has a new laserlight system that allows the driver to see a staggering 600 metres down the road in front of them. Although reversing cameras and dashcams are often found built in to basic hatchbacks nowadays, the new Phantom changes up a few gears (quite literally in fact).

A stereo camera system has been built into the windscreen. This monitors the road ahead and adjusts the suspension accordingly at speeds of up to 62mph. An additional four-camera setup gives a panoramic view and helicopter view of the car.