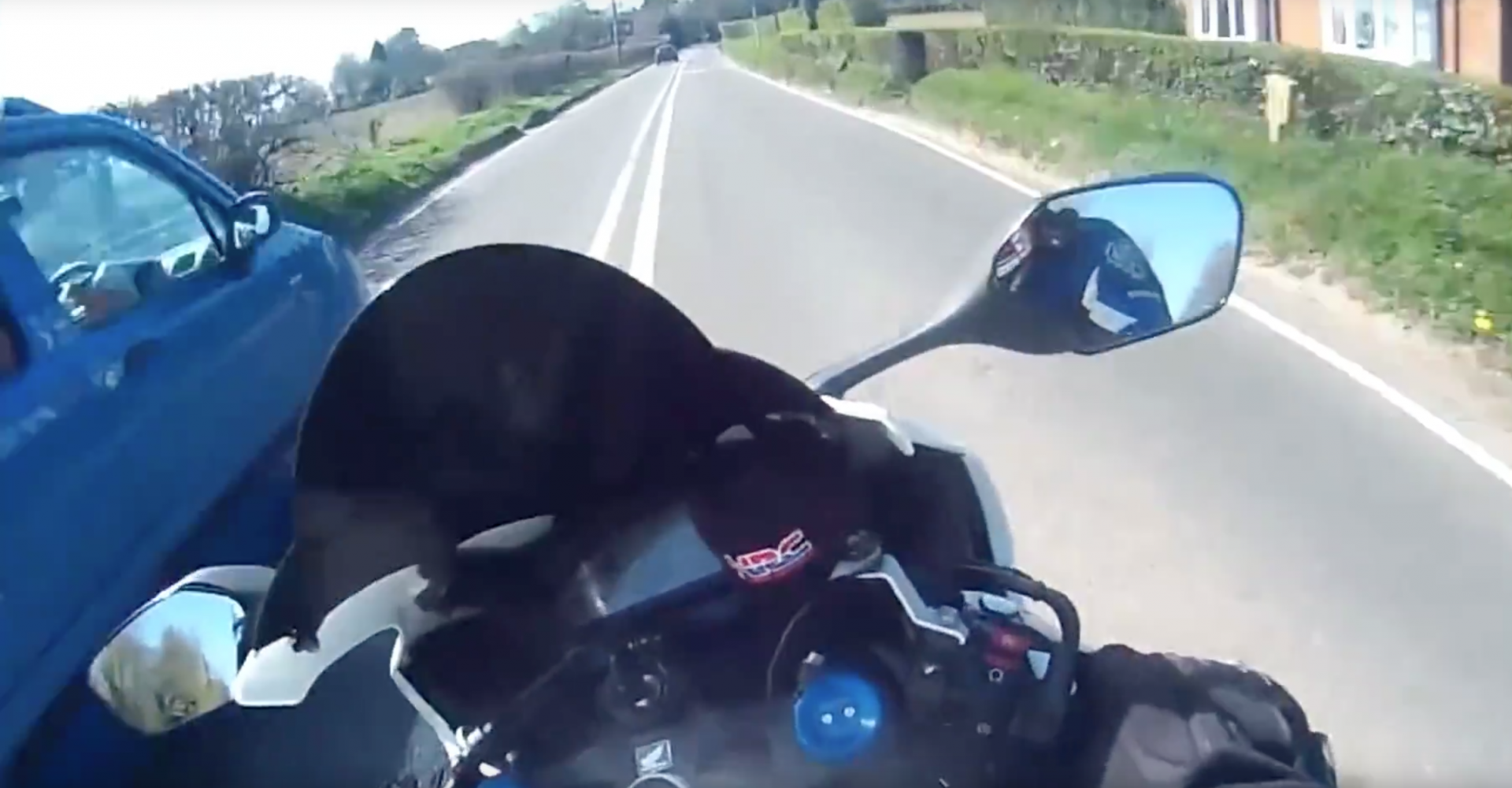 GoPros are often hailed as the most important invention in action sport, but sometimes the clever gadgets can backfire on their owners. Spectacularly.

Sixty-year-old Robert Hammond has been sent to jail after police caught him riding his Honda Fireblade dangerously on the A27 near Chichester and confiscated his GoPro memory card – which turned out to be a treasure trove of incriminating riding.

During the incident last April, Hammond, of Upways Close in Selsey, West Sussex, did a wheelie, undertook a number of vehicles, and rode at 80mph in a 50mph zone.

When police eventually caught up with him, they confiscated the card from his helmet-mounted cam.

Unfortunately for Hammond – but handily for the Crown Prosecution Service –  he had made regular use of the camera, recording many an illegal activity on the roads of Sussex and Hampshire.

Of the 150-plus clips of him riding, he was seen to wheelie on a housing estate before accelerating to more than 110mph while still in a 30mph zone, overtake by crossing solid white lines, enter a 30mph limit at 95mph, speed to 120mph on country lanes and 153mph on a dual carriageway, and overtake at more than 140mph.

Having admitted four counts of dangerous driving, Hammond was handed consecutive six-month jail sentences for each at Chichester Crown Court, where he was told he would spend at least a year in jail.

Hammond was also banned from the roads for two years after he leaves jail and must take an extended retest before being allowed to ride again.

That’s one menace off the roads for a while. We sincerely hope he’s learnt his lesson.

See some of his stupidity below: