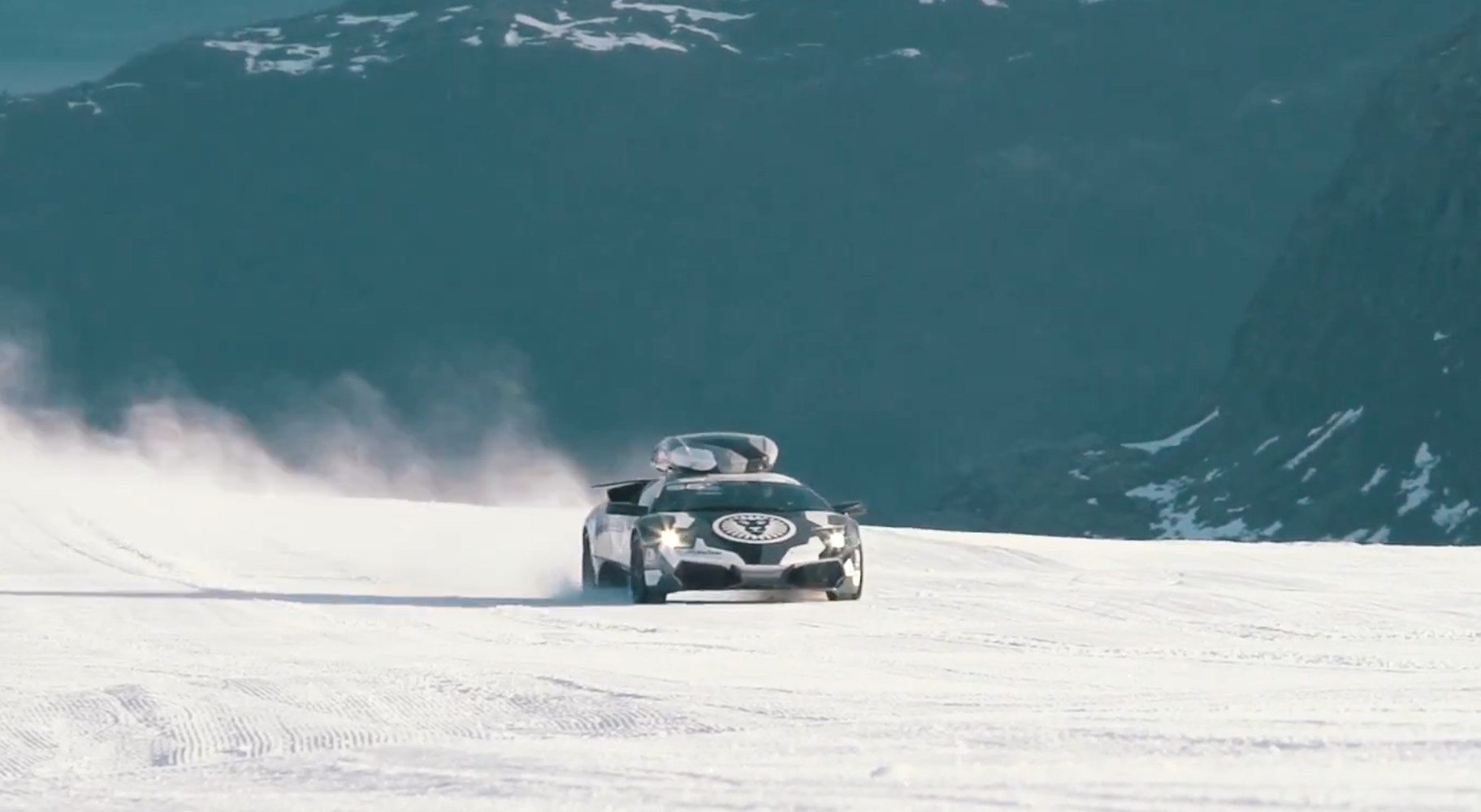 You could be forgiven for thinking that since the ski season is over, so are the fast car on snow stunts.

And then this clip of Norwegian petrolheads Vidar Gustavsen and Hans Frisakin in their Audi R8 V10 and RS4 surfaced and we internally thanked Scandinavia for its relaxed approach to, well, pretty much anything.

Last but not least, Audi itself tried to get in on the action, challenging eight pro athletes to take on its Quattro #SuperQ challenge in 367hp RS 3 Sportback models.

No Audi, just no.

But now, we have a new hero of the piste, and unsurprisingly it’s another Scandinavian.

Pro skier Jon Olsson is well known for his petrol-fuelled antics both on and off the piste, and with a huge collection of cars in his garage at home in Monaco, he’s spoiled for choice.

So we can’t help but wonder whether the enigmatic Swede may own something a tiny bit more appropriate than a Lamborghini Murcielago to drive up the Fonna Glacier Ski Resort in Norway.

But this is a man who doesn’t do things conventionally – he once drove his 600+ horsepower Rebellion R2K up a piste – and if anyone knows how to handle himself on the white stuff, it’s the nine times Winter X-Games medallist.

In his latest escapade, the 33-year-old took the camouflaged Murcielago, complete with ski box and studded tyres, up the slopes of Europe’s third largest glacier, Folgefonna.

With the precision that only a ski racer possess, Olsson drove the 640hp car along a narrow slalom, before performing drifts and donuts against the incredible mountainous backdrop.

With the parting promise that “We’ll just keep having fun until we run out of gas,” we expect to be seeing some more of Olsson’s antics soon…