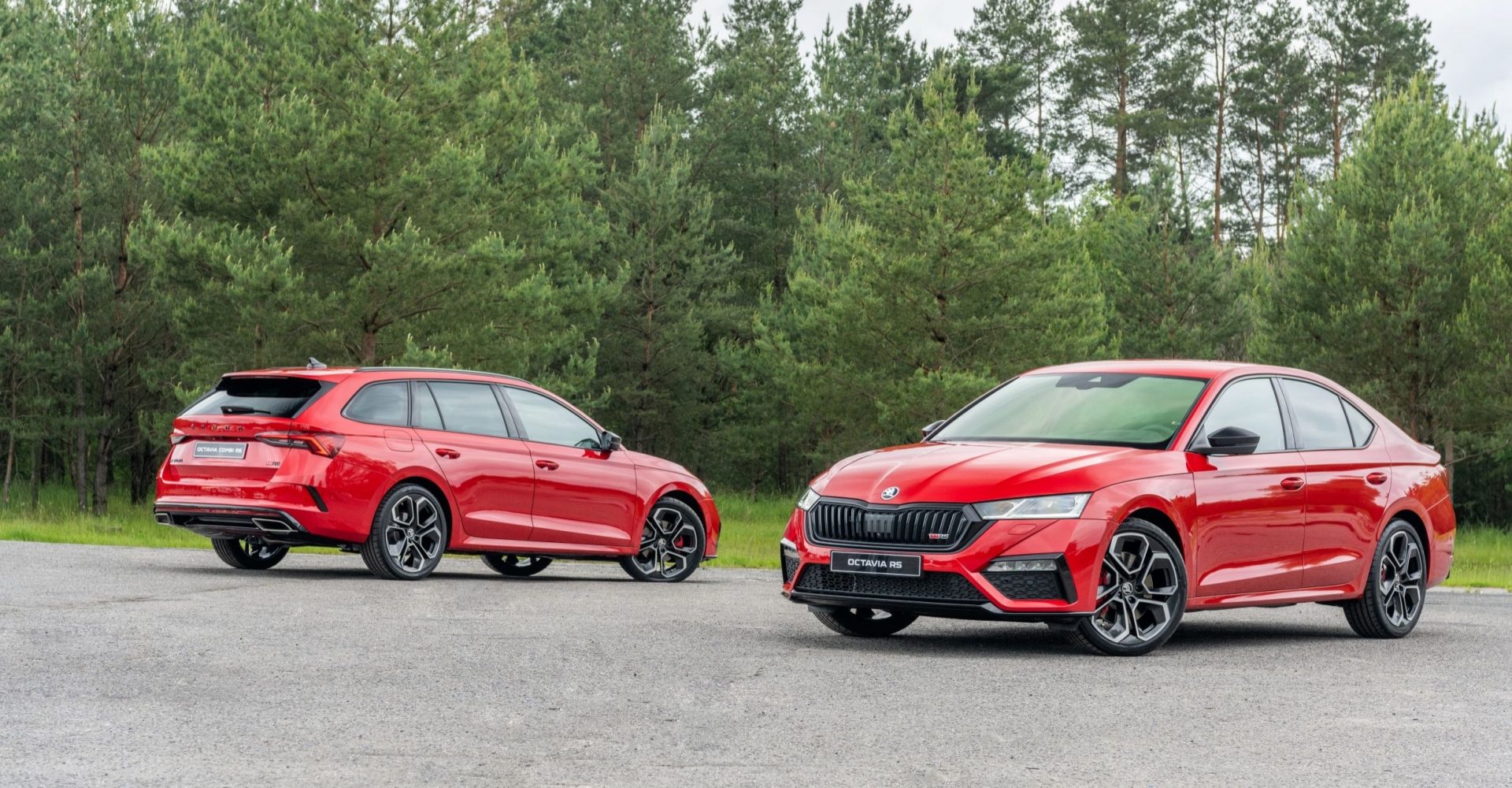 Skoda has finalised its new Octavia range with its fourth-generation vRS line-up.

Set to go on sale in the UK this autumn, the vRS arrives as a comfortable yet no less potent option in the performance segment of the market

Available as either a hatchback or estate, the new vRS benefits from either a petrol or diesel engine, as well as the addition of a new plug-in hybrid setup.

The petrol, a turbocharged 2.0-litre four-cylinder unit, pushes out 242bhp and 370Nm of torque, with a seven-speed gearbox sending power to the front wheels. Skoda claims that it’ll help the vRS to go from 0-60mph in 6.5 seconds and onwards to a top speed of 155mph.

The new hybrid model utilises a 1.4-litre turbocharged petrol linked to an electric motor for a combined output of 242bhp and 400Nm. That means it not only matches the power output of the petrol, but eclipses its torque figure. Its performance times are slightly slower, however, with Skoda claiming a 0-60mph of seven seconds and a top speed of 139mph. It should also be able to cover up to 37 miles on electric power alone, too.

The diesel, meanwhile, is a turbocharged 2.0-litre unit with 197bhp, while there’s the option of either front- or four-wheel-drive. However, it too utilises a seven-speed automatic gearbox like its petrol-powered stablemate.

All three boast sports suspension lowered by 15mm over the regular car, as well as adaptive dampers and a limited-slip differential for the petrol variants. A new sport body kit helps to differentiate the vRS from the rest of the Octavia range, and this is fitted alongside a new front bumper, roof spoiler and wheels up to 19 inches in size – 18-inch gloss black units are fitted as standard.

Inside, there’s plenty of Alcantara trim, as well as sport seats and two 10-inch screens fitted alongside one another to form the look of a single display.

Prices for the new Octavia vRS are expected to be released closer to the car’s on-sale date this autumn.