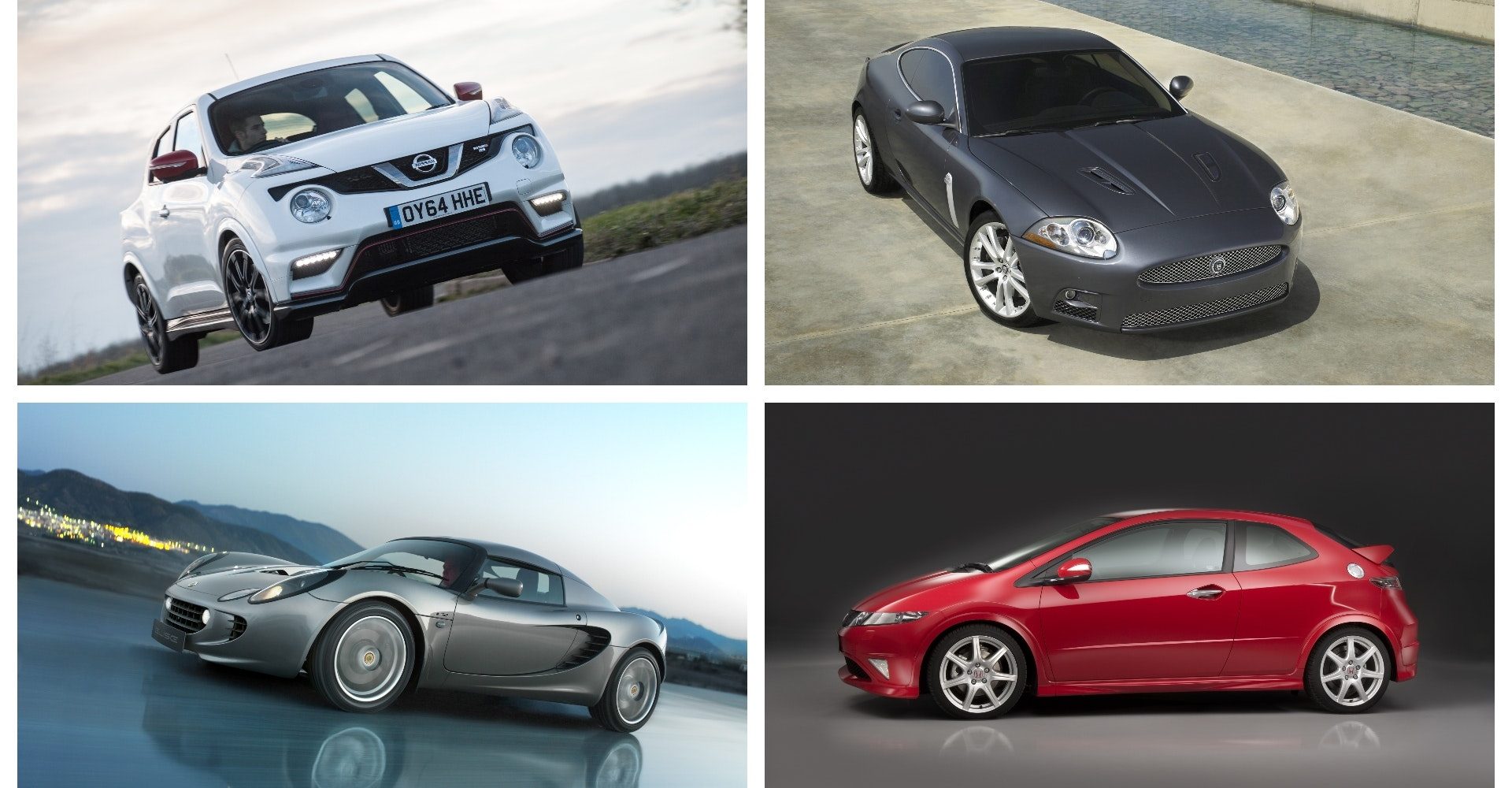 When it comes to performance cars, we Brits like to look overseas for our tastes. Germany knows how to make the perfect super saloon, Italy has it nailed with the supercar and we may even stretch as far as America for something with real grunt.

But what about our homegrown sporting machines? There are tons of iconic performance cars built here and that’s a fact that is easy to forget. With a £15,000 budget to hand, we dip into the classifieds to see what’s on offer.

Any list of British performance cars can’t be complete without a TVR, the brand that built sports cars with some of the most fearsome reputations in the industry. The Chimaera is no different, earning its name from Chimera, a fire breathing animal from Greek mythology. Quite the apt comparison.

However, it was intended to be a slightly tamer with more of a focus on long distance driving than the TVR Griffith that it shared a chassis with. It still took no prisoners – with a Rover V8 under the bonnet feeding the rear wheels it could hit 60mph in less than five seconds.

Road-going versions of race cars are no new thing, but when it comes to creating such a variant of a hot hatch, there are few better than the Mini Challenge 210. It was built to be a road legal version of the car that competed in Mini’s one-make race series, and gets a 207bhp 2.0-litre engine.

It features super sharp steering, an excellent gear change, and a stiff suspension that’s not too unbearable on the road. Its party piece is an exhaust setting that failed EU noise tests, meaning Mini had to tell owners it was for ‘track use only’, and could be turned on using a special button.

Norfolk-based Lotus is renowned worldwide for creating some of the best-handling vehicles of all time, and the Elise is its icon. Its tiny proportions and no-frills approach to vehicle design makes it one of the purest sports cars ever made.

The first Elise, released in 1996 it weighed just 725kg – even the lightest modern Fiat 500 weighs more than 850kg. Because of this, despite only having a 120bhp 1.8-litre engine, it could achieve a sub-six-second 0-60mph time. But it was that unrivalled ability in corners that really earned it its reputation as one of the best sports cars ever.

One of Japan’s most iconic nameplates is actually produced here in the UK. We’re picking out the ‘FN2’ Honda Civic Type R from the late ‘00s as a remarkable amount of well-kept examples can be had within budget.

Powered by a free-revving 2.0-litre engine developing a touch under 200bhp, a brisk 0-60mph time of 6.6 seconds keeps this in proper hot hatch territory today without having to resort to turbocharging in the way modern takes on the formula do.

An arguably underappreciated product of the modern British motoring industry is the Jaguar XK, and more specifically here the XKR.

Sitting under the sleek bonnet is a monstrous 4.2-litre V8 engine putting 420bhp to the rear wheels, giving a real old-school muscle car feel to a car that’s elegantly judged in its design. Examples in our budget have reasonable mileage on, and prices are sure to only go one way soon.

For a very left-field performance option, the Nissan Juke Nismo RS is on hand. Built in Sunderland, this variant of the ‘oh my word it is everywhere’ crossover sports a turbocharged 1.6-litre engine outputting a hot hatch-rivalling 215bhp.

Driving dynamics may not exactly scream no-compromise performance car, but as a fun, alternative everyday loon this might be one to consider.