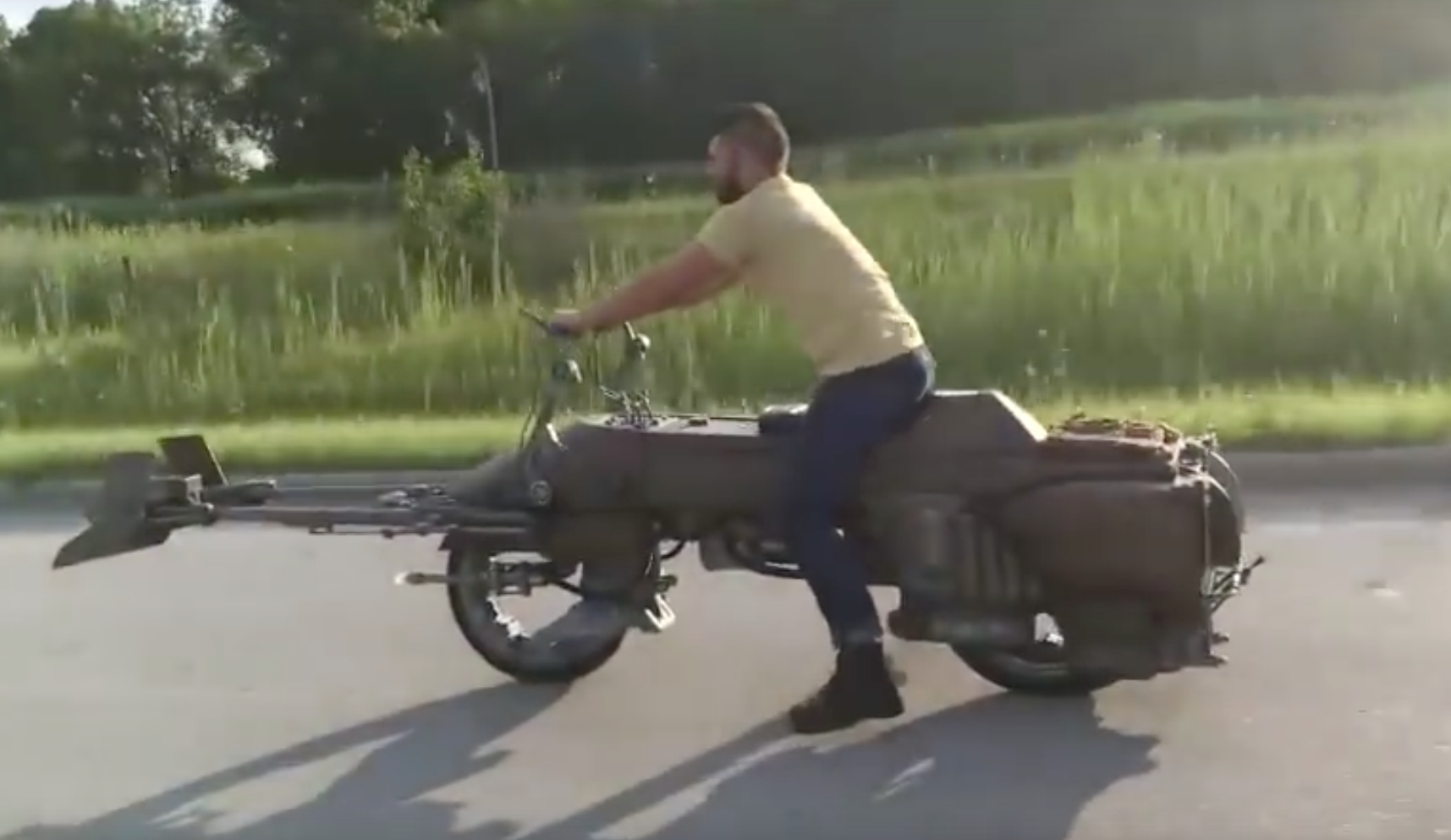 Return of the Jedi was the final part in the original trilogy in the Star Wars universe, and most of it was hosted on the forest moon of Endor.

If you haven’t seen the original Star Wars, what are you doing with your life? But if you are aware of that film, then you know that it had a great speeder chase sequence through the forest.

Now an American company has decided to build one of its own speeders – and we have to say it looks remarkably close to the original.

Built by Vintage Works of Green Bay, Wisconsin, the bike has hubless wheels and a machined and hand-formed aluminium bodywork to look like the speeder.

To add another unique feature, the suspension has an actuator to raise and lower it when powering up or down, so when you’re cruising at 70 mph the bodywork is off the wheels. The Vintage Works team also added sound effects such as the film’s speeders to make it even cooler.

Some of us at SU would love a go on it because it looks so impressive and it’s a bit of a nerd-fest, which makes it even cooler.