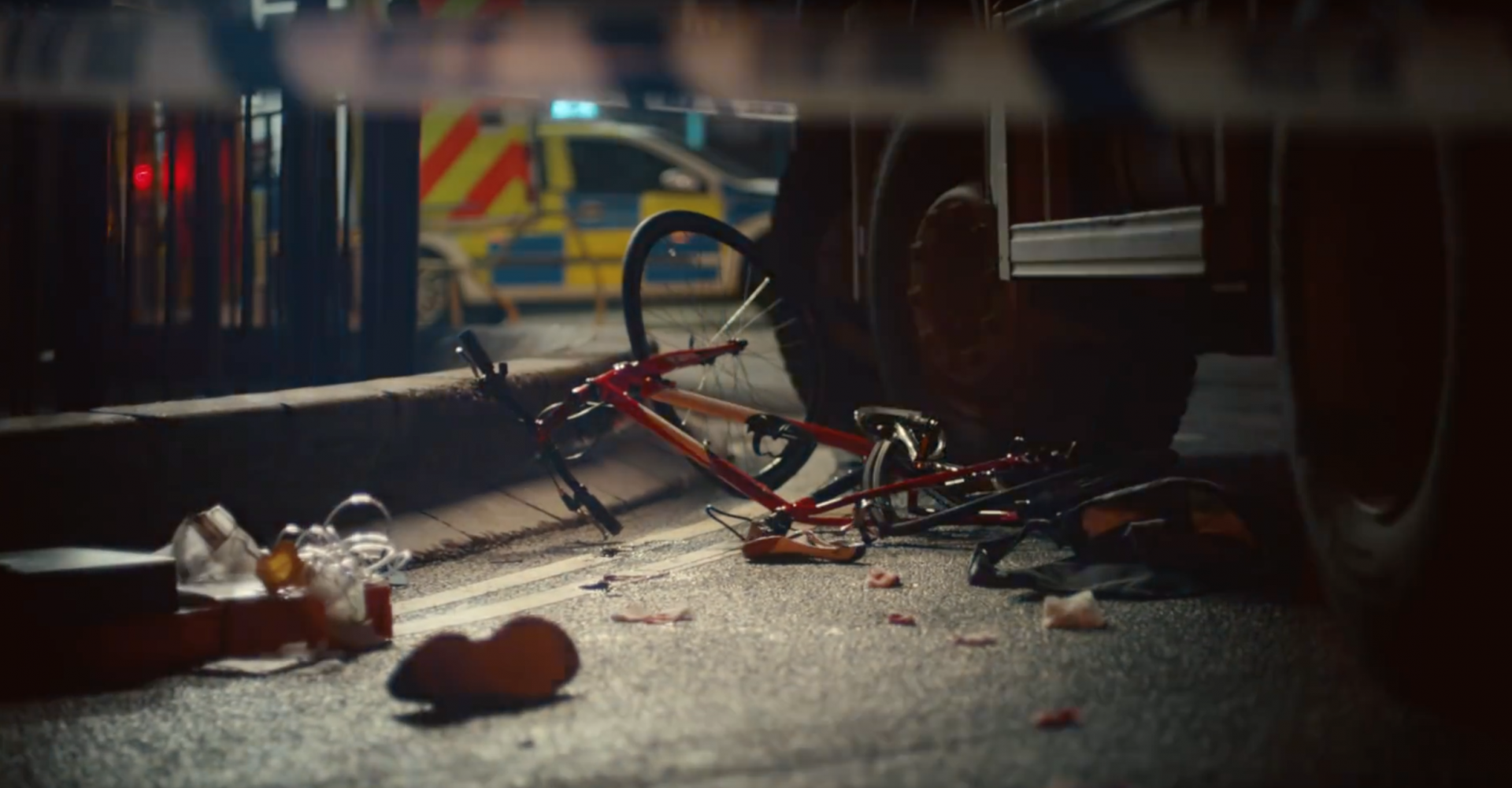 A video designed to warn cyclists to hang back from cornering lorries has struck a nerve among the two-wheeled community.

The Department for Transport’s THINK! video – entitled ‘Cycle Safety: Don’t get caught between…’ – depicts a number of scenarios that you’d very much not like to get stuck in the middle of.

Charging rams, a plummeting piano and a Western stand-off are just a few of the scenes shown before the clip flicks to a cyclist travelling on the inside of a lorry as it begins to turn.

The footage switches once again, only to return to show the buckled bike lying underneath the lorry, with the cyclist nowhere to be seen.

‘Don’t get caught between a lorry and a left turn. Hang back’, reads a stark warning.

The video’s closing message is that a third of collisions between cyclists and lorries happen at a left turn.

However, furious viewers have accused the campaign of ‘victim blaming’, claiming that the lorry actually overtakes the cyclist in the video and causes the collision.

The keen cyclist added: ‘It also associates cycling with active meat cleavers and that ain’t gonna help get my wife/family on their bikes.’

Meanwhile, London Assembly member Caroline Russell has called on THINK! to change the advert, to ask lorry drivers to ‘stay back from people cycling to avoid them being exposed to the risk of causing a crushing collision’.

See the video below and let us know what you think in the comments section at the bottom of the page: