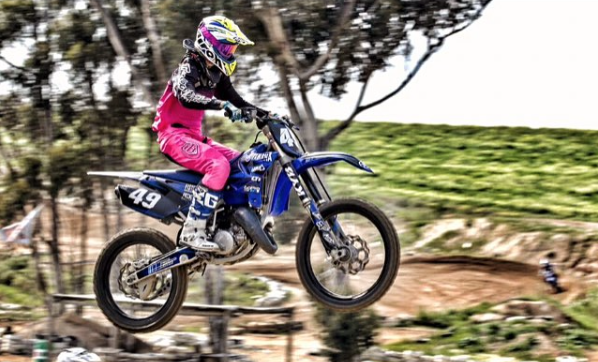 A stuntwoman who lost an arm and suffered facial injuries in a horrific high-speed accident refuses to let it all get her down.

Olivia Jackson, 33, was filming a motorcycle scene for Resident Evil: The Final Chapter last year when a camera arm malfunctioned and she collided with it.

The crash left the South African with extensive injuries, which included a shattered shoulder blade, severed crown, collapsed lung, brain bleed and a broken clavicle, ribs and vertebrae. She was put into an induced coma for 17 days, and two months later underwent surgery to have her withered left arm amputated from above the elbow.

However, 13 months after the crash, Jackson has shown that her mental strength matches her impressive muscles and refuses to let the accident get her down. 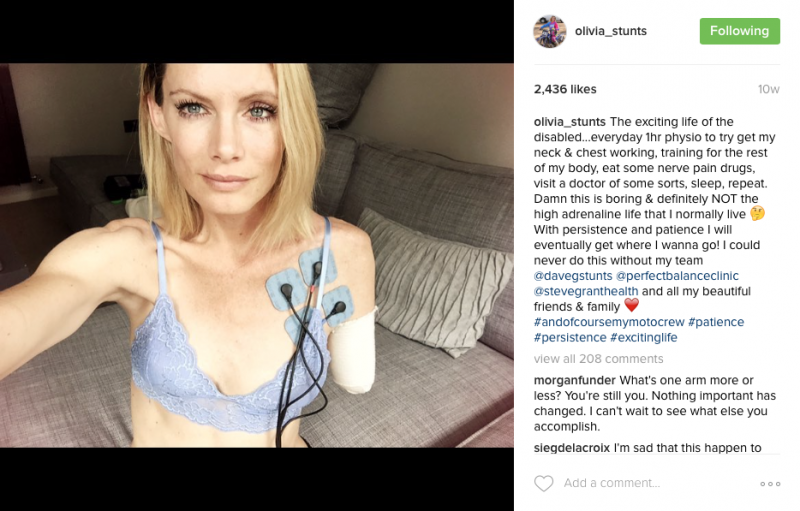 In an inspirational interview with the Sunday Mirror, Jackson said: ‘Sometimes, when I catch sight of my stump in the mirror, I feel a wave of sadness.

‘But I make sure it passes quickly by thinking of something happier. There’s no point in feeling down about life – it won’t make my arm grow back.

‘I used to miss my old face but now I style my hair to fall forwards to hide the big scar down its left side. Surgeons did an amazing job piecing fragments of my facial bones together and I think I look all right now.’

Despite accepting that her stunt career is over, Jackson looks positively to the future, adding: ‘I just have to get on with a new life and making plans to make it as exciting as my old one.’

She has learnt to complete routine tasks with one arm, and fondly recalls the first time her British stuntman husband, David Grant, walked into the kitchen to find her perched on the counter holding a pepper with her foot while chopping it.

She recently underwent operation number seven, and is still smiling.

What an inspiration to us all!