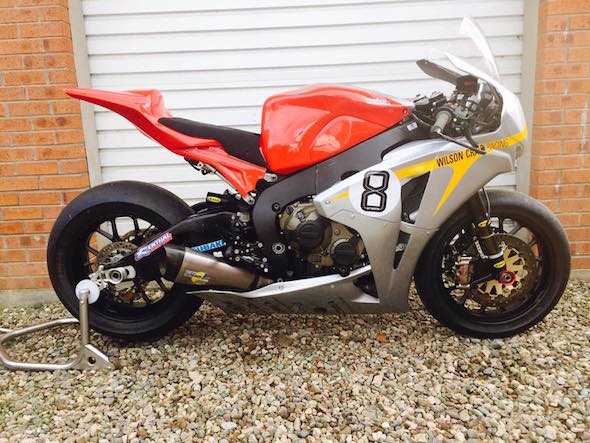 It was a crash that left the motorcycling world holding its breath, an incredible inferno which no human being could possibly survive.

But Guy Martin did, against all odds.

Martin was racing in the 2010 Isle of Man TT when he crashed at the terrifyingly fast Ballagarey corner.

The then 29-year-old didn’t emerge unscathed, though. He suffered a multitude of injuries, including four chipped and two cracked vertebrae, broken ribs and a punctured lung.

His superbike-spec Honda didn’t fare so well, either. The Wilson Craig Racing CBR1000RR was all but destroyed… 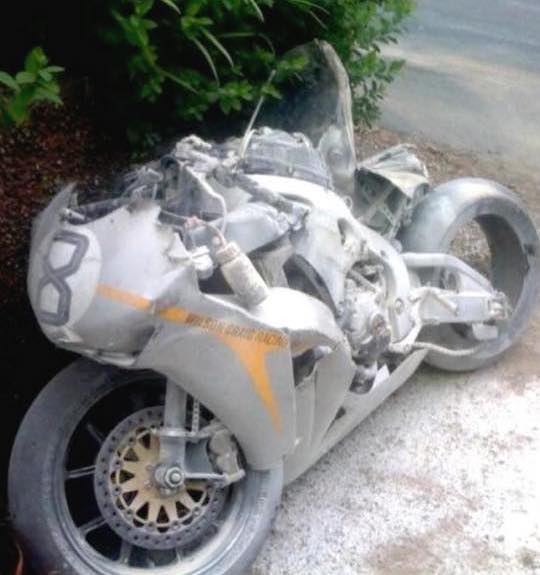 Somehow, the engine was salvaged and fitted into a replacement frame and body, before being finished in the same retro silver and red colour scheme.

Within weeks Martin was back in the saddle, completing the rest of the 2010 road racing season on this rebuilt Blade.

That very bike is now up for sale, and could be yours for a small sum.

Listed on the racing team’s own website, the bike has recently undergone a full restoration, with the K-Tech suspension being overhauled and top tuner Chris Mayhew refreshing the engine.

While the price is only available on demand, the bike is expected to sell for more than £30,000 thanks to Martin’s popularity as both a racer and TV presenter.

Is it worth it? Well, alongside its impressive racing past, it does come with a letter of authenticity and a selection of spare parts and wheels…

If your piggybank is feeling full, email darrengilpin@yahoo.co.uk for more information.