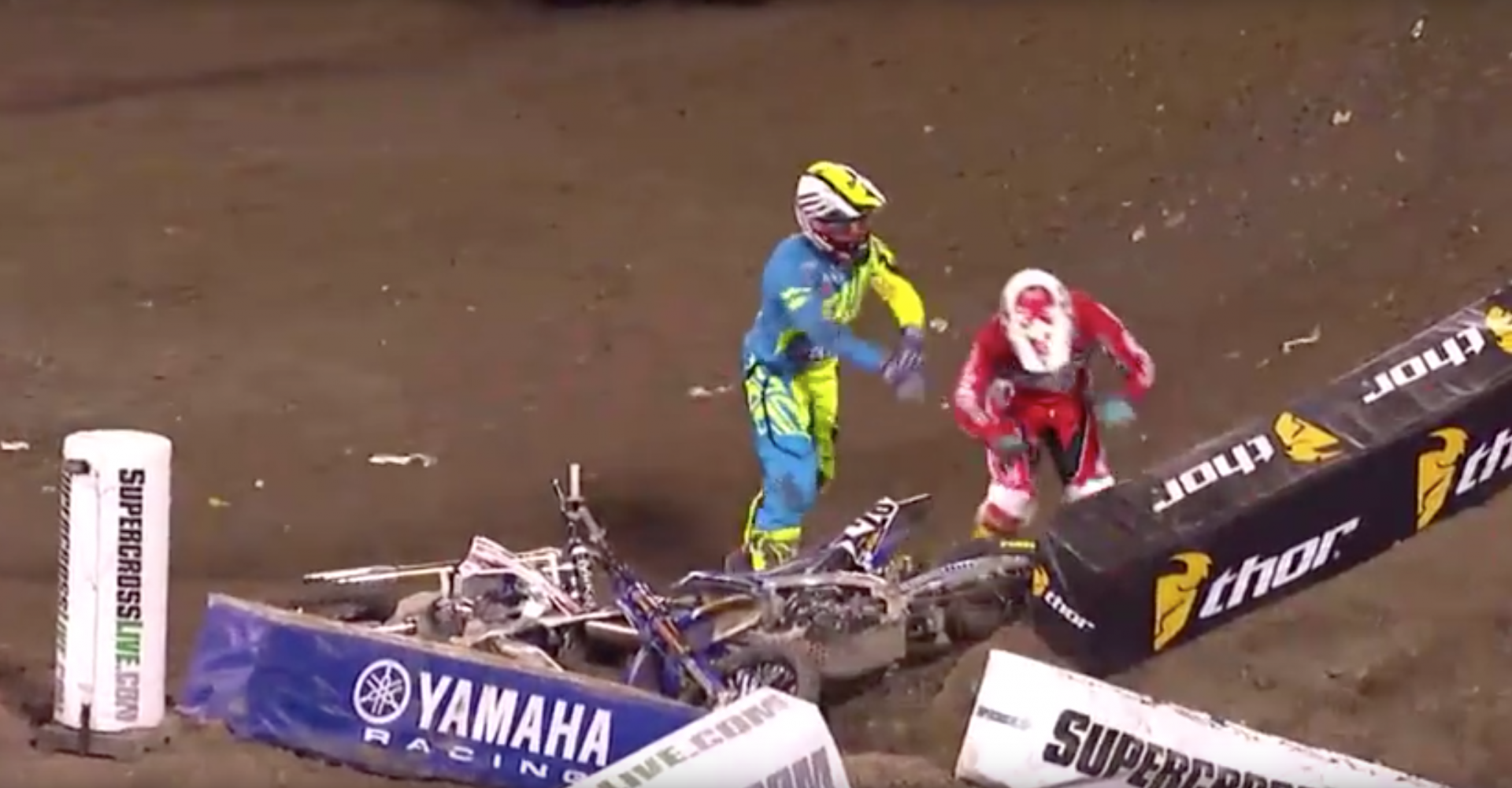 They say that violence is never the answer.

But sometimes, very occasionally, it may – for a split second – seem like the only option.

Now, here at SuperUnleaded, we would never condone such behaviour, but when racer Weston Peick was repeatedly knocked off course by opponent Vince Friese at the season-opening AMA Supercross race in Anaheim on Saturday we can understand his frustration.

Peick had been targeted by Friese in an earlier round:

We’re not sure why ‘May 30, 2015’ flashes up but Peick decided that he’d had enough and leapt to his feet before raining punches down on his opponent while the race continued around them.

The questionable response landed Peick with an immediate disqualification from the night’s event, a one-race suspension and a $5,000 fine from the AMA.

Was it worth it? We doubt it.