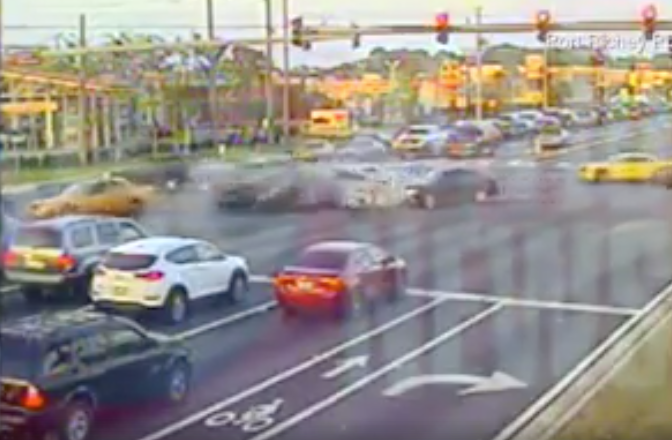 A medical episode at the wheel isn’t likely to end well, but one American driver is facing a legal case after suffering a seizure while driving.

Christina Taylor was driving in Port Richey, Florida, when she reportedly suffered the seizure.

Despite boyfriend Chris Collins’s attempt to get to the pedals and stop the car, the SUV speeded through a red light and ploughed into a number of other cars.

Fortunately, no one was injured in the high-speed crash, but Taylor’s luck ended there.

According to the Port Richey police, she had a suspended licence and no insurance. Ouch!

Consequently, at least one of the drivers of the cars she hit has hired an attorney. Double ouch!!